In 1985, French Authorities held a public sale of the original Liberty Highway Monuments. Our Company exclusively purchased the totality of the 20 Monuments put up for sale. 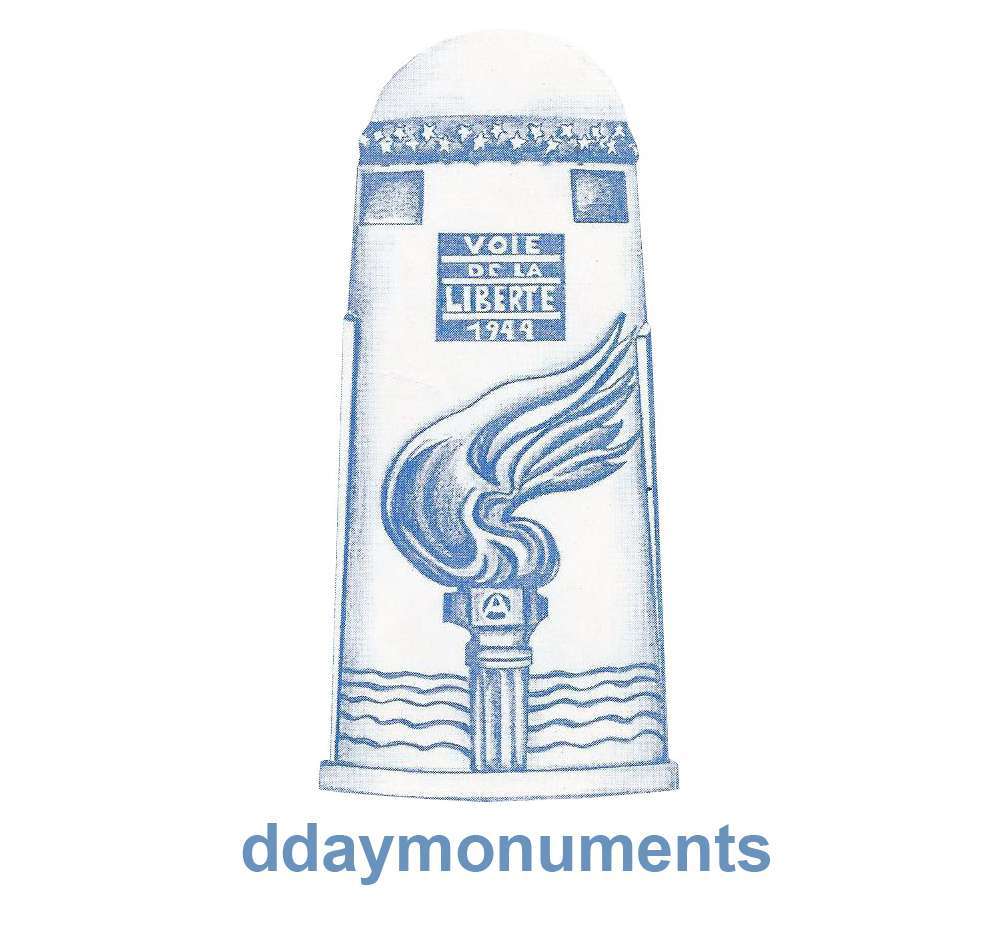 Soon after the end of the Second World War, Mr Guy de la Vasselais, French liaison officer to General George Patton, suggested the IDEA of erecting a monument to commemorate the Liberation of France by the American Armies, and to honor the soldiers who sacrificed much in so doing: a monument that would symbolize the IDEA of Liberty. However, he thought that a single monument would be inappropriate to express the immense gratitude of the French people toward their Liberators. He therefore suggested the installation of a distinctive marker placed at each kilometer interval along the roads followed by General Patton's III rd Army.

Beginning at Utah Beach in Normandy and ending at Bastogne in Belgium, the Liberty Highway goes through the cities of Saint Malo, Rennes, Angers, Le Mans, Chartres, Fontainebleau, Reims, Verdun and Metz, and then through the Grand Duchy of Luxembourg. Altogether the Monument consists of 1146 Milestones. The design of these Milestones, though simple, is most symbolic: The Flaming Torch of the Statue of Liberty, emerging from the sea, is carried eastward. Along the circumference of the Milestone's dome-shaped top, the 48 stars of the United States Flag remind us that brave men from each state of that great Nation took part in the Liberation of France.

The "Liberty Highway" was officially opened on September 17, 1947 at Fontainebleau, by Mr Paul Ramadier, then President du Conseil, in the presence of Mr Jefferson Caffery, United States Ambassador to France and members of the American Legion. Many military and civilian dignitaries of the Allied Nations were also present at the ceremonies.

Forty years later, the Liberty Monuments still stand proudly along those French roads. President Reagan, accompanied by many heads of State, came in 1984 to mark the 40th anniversary of D-Day. All stood to meditate at the site where the first American troops landed to restore Liberty to France. Since the dedication of the "Liberty Highway" in 1947, millions of visitors have come to visit these Monuments and to remember. 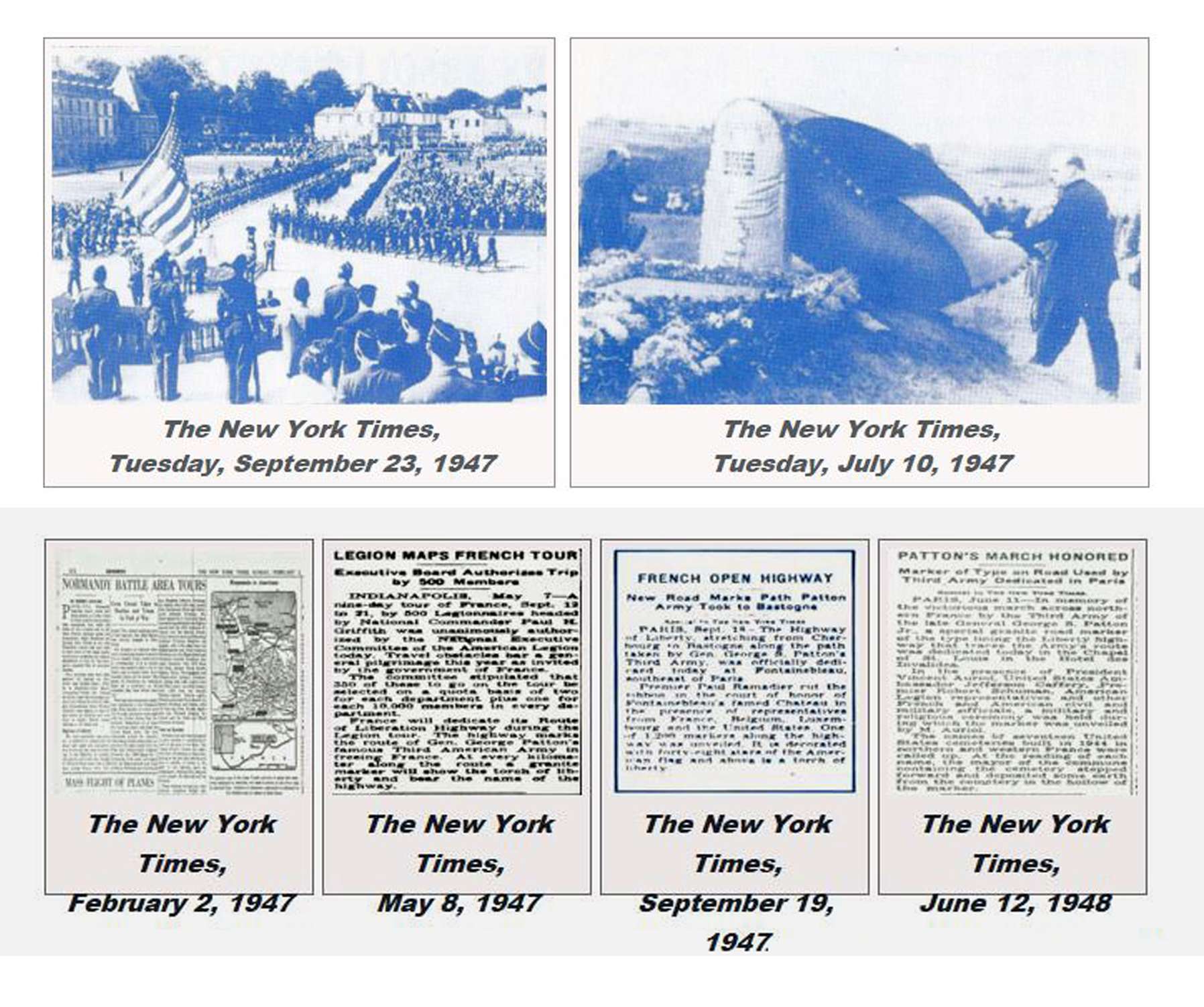 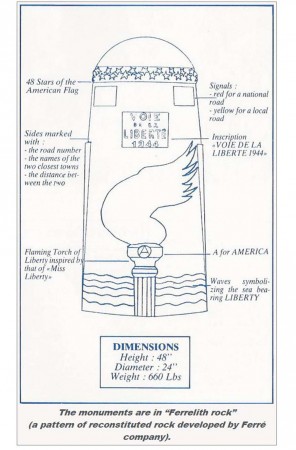 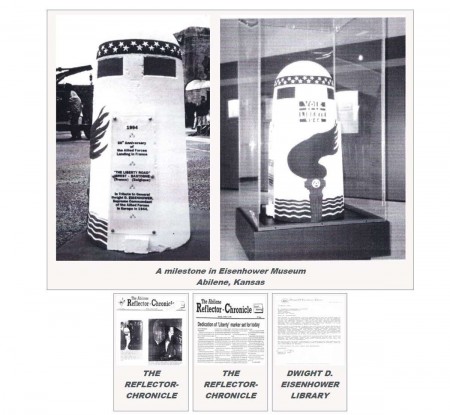 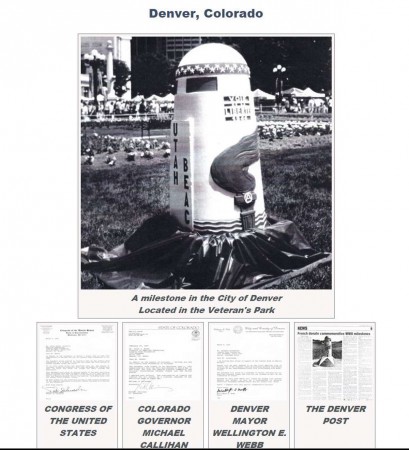 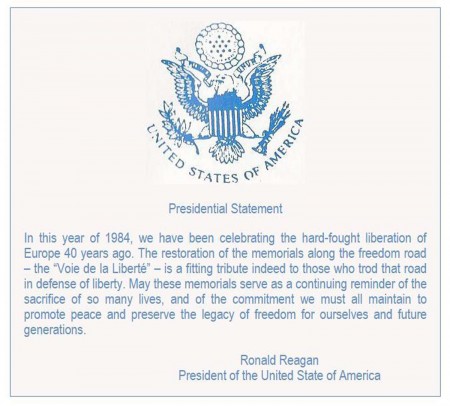 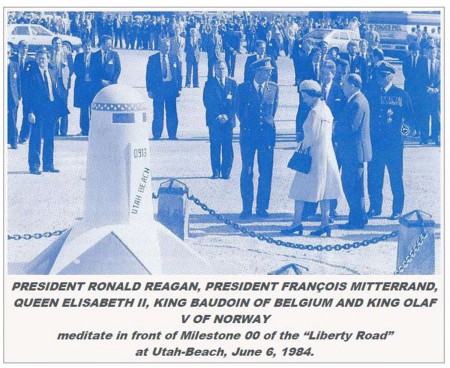 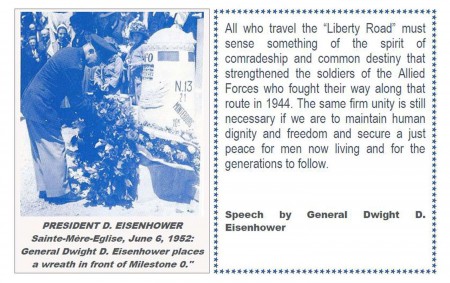