Listing even Madonna, Giorgio Borusso, Prince Michael of Kent and Testino family as fans of her artists, Vasilisa, the Masters of Art in Art Business graduate from the well regarded Sotheby's Institute of Art in London considers herself both a consultant and collector of art. “Over the last eight years, I have worked with leading auction houses, galleries and collectors around the world,” she shares. The art connoisseur has also been entrusted with the private sales of Masters like Canaletto, Marino Marini, Magritte, Franz Kline, Chagall, Francis Bacon, Kandinsky, Monet, Renoir and Picasso. But she still makes the time for one of her passions: promoting contemporary art and artists on the international art platforms. 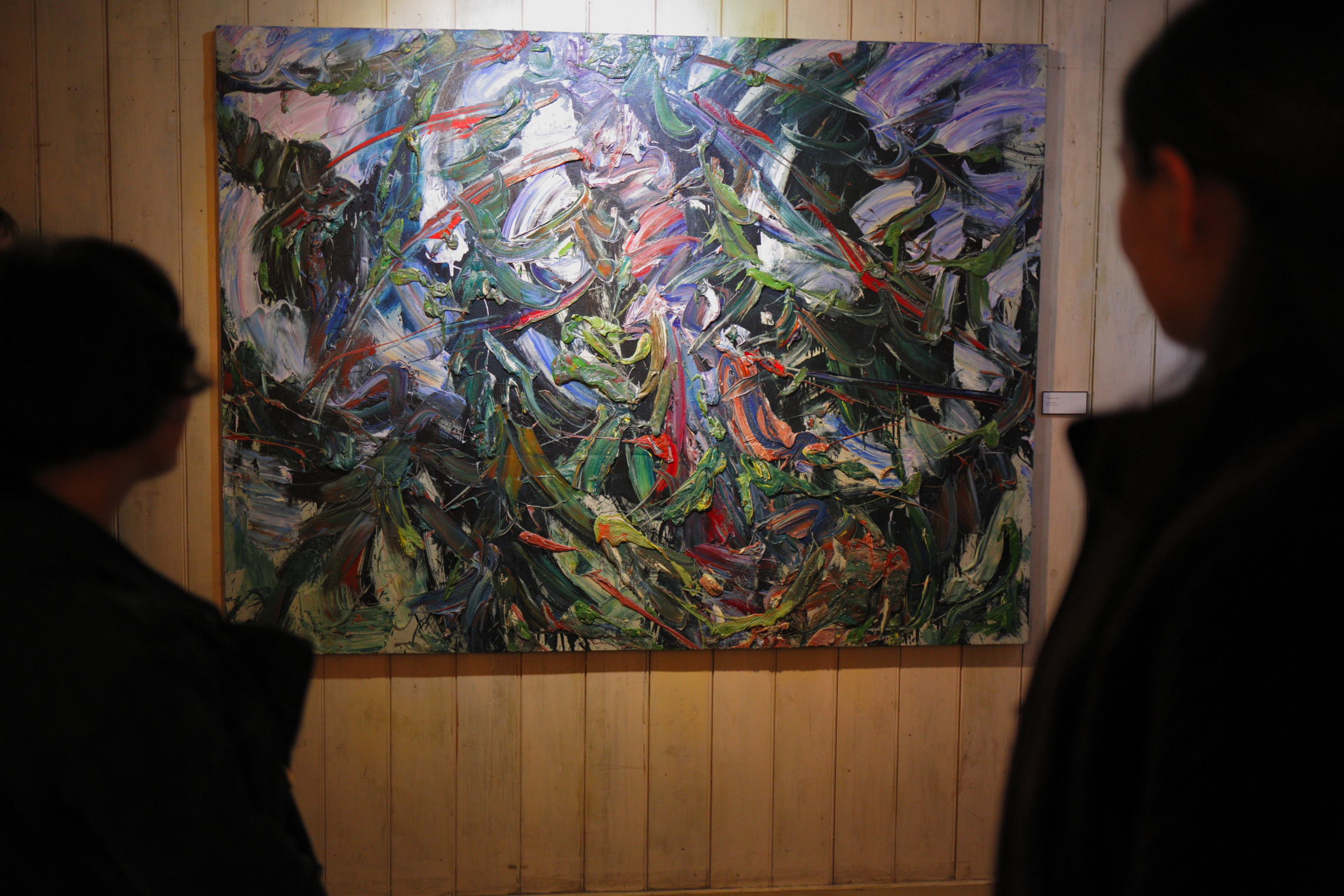 Alexey was born in 1966, and has always lived and worked in Moscow. He studied at the Moscow Institute of Architecture, and has selectively exhibited his paintings over the past 20 years. Some of his exhibitions have been shown at leading Moscow art venues: Art Manezh; Winzavod Contemporary Art Centre; The Roerich Museum; and the Central House of Artists. Outside his country of residence he has been exhibited at Art Monaco, Basel art fair and Art Stage Singapore and was invited to participate at Boston art fair. In November 2014 he had his solo show at Riflemaker gallery in Soho, London, UK. At the moment there is his solo exhibition running at Kasteev State Art Museum, Almaty, followed by one at National Museum, Astana in Kazakhstan. Moreover there is a negotiation going on with one of the museums in Miami, USA.

He has also shown a positive auction record selling at "Under the Influence sale" at Phillips auction house in London on the 13th of April 2015.

Alexey was awarded the prestigious Roerich scholarship in 1987 to 1989.

Alexey’s life has been a colorful one, rather untypical for an artist. As a younger man, he was a martial arts champion, though injuries eventually forced him to give up this dangerous sport. He went on to study architecture, but was expelled after 3 years because he ignored drawing lessons. Professors felt he was too emotional and creative. Indeed, Alexey was more attracted to the unlimited potential of abstraction.

Alexey works only en plein-air. He tries to remove himself as far as possible from civilization, and derives intense inspiration and energy from the wilds of the natural world. Russia’s vast untouched and unpopulated forests and tundra provide bountiful opportunity for this. Alexey seeks natural objects with a powerful mature and expressive character. He believes that wild and unspoiled nature possesses greater harmony than the man-made world, and this belief can be seen in the rhythm of his brush strokes that create powerful and stirring images.

"Alexey is a passionate and fiery personality just like a volcano," said his agent, Vasilisa Kameneva. "It’s no surprise his style is called 'Lavism'. The paint on his canvases seems to flow like lava, and they appear to be 3-D, with a full rich texture. His colors are like a massive attack of vibrant energy expressing his own universe, his vision of the world and reality."

Alexey’s "Lavism" is inspired by ancient Russian art that can be seen in the 14th century Russian Orthodox Church of the Assumption on Volotovo field in the medieval city of Veliky Novgorod. He’s also inspired by the medieval icon painter, Theophanes the Greek, who had a specific style of icon painting called plav’ (using thin layers of paint).

Alexey is a passionate defender of contemporary painting, and he sees art's dominant ideology of Conceptualism more as a sociological statement about modern society’s tensions and less as an art form. While Conceptualism gets much media attention, it primarily appeals to a small but vocal, influential and well-financed group.

"Both Conceptualism and creative advertising are perfect mediums for expressing the tense reality of our industrialized societies, and they can satisfy the intellectual appetite," said Alexey Firsov. "However, the depths of a person’s aesthetic instinct can only be satisfied by the inspiration of the fine arts."

"Aesthetics help a person develop his divine potential, and to find the Divine through beauty," said Alexey. "And to achieve this noble task, one first needs to see and express a person, nature, or life for what it is, revealing their own truth and beauty."

"Painting is 40,000 years old and it's alive and well, and will continue to thrive," said Alexey. "My art is contemporary, but it is based on classical ideas and methods."