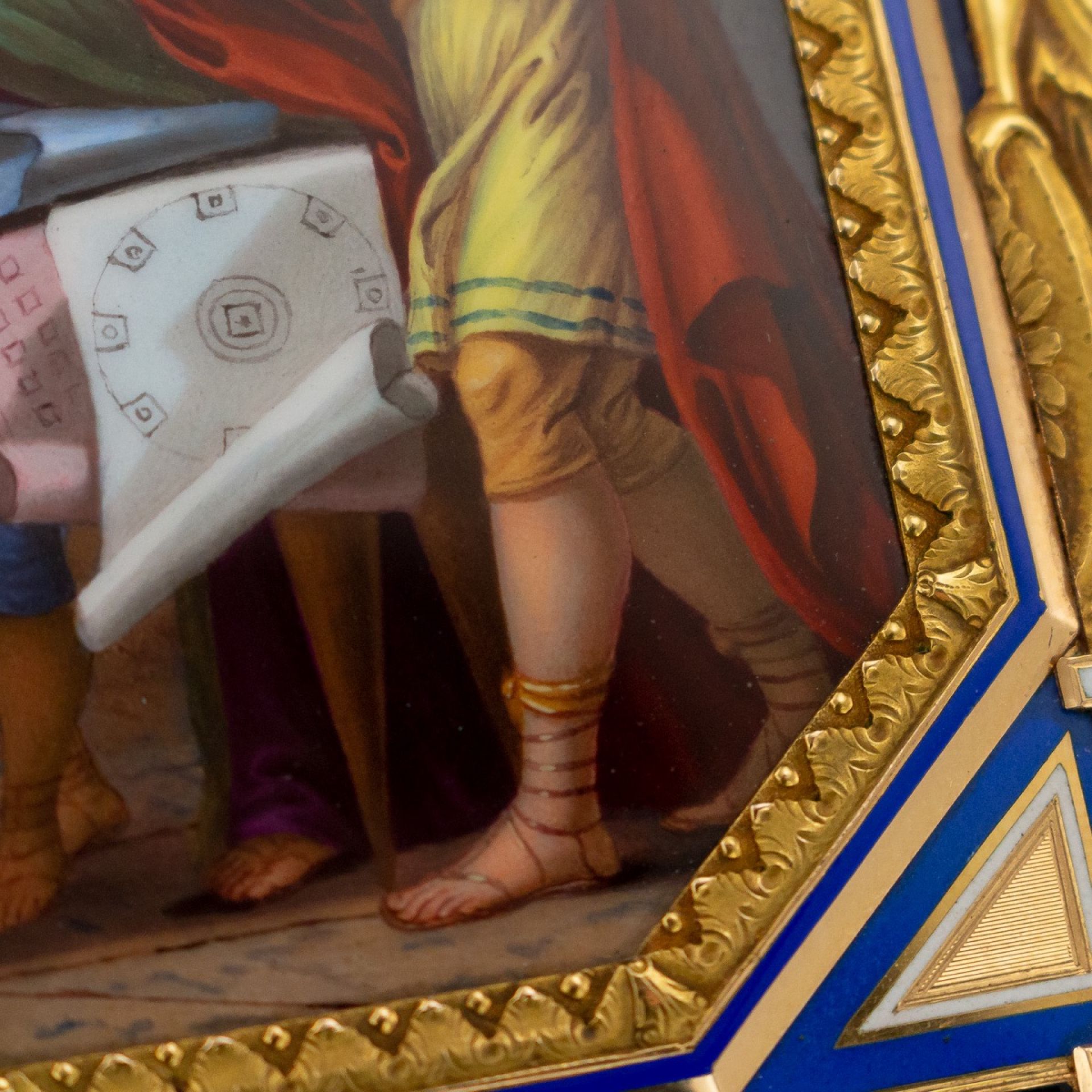 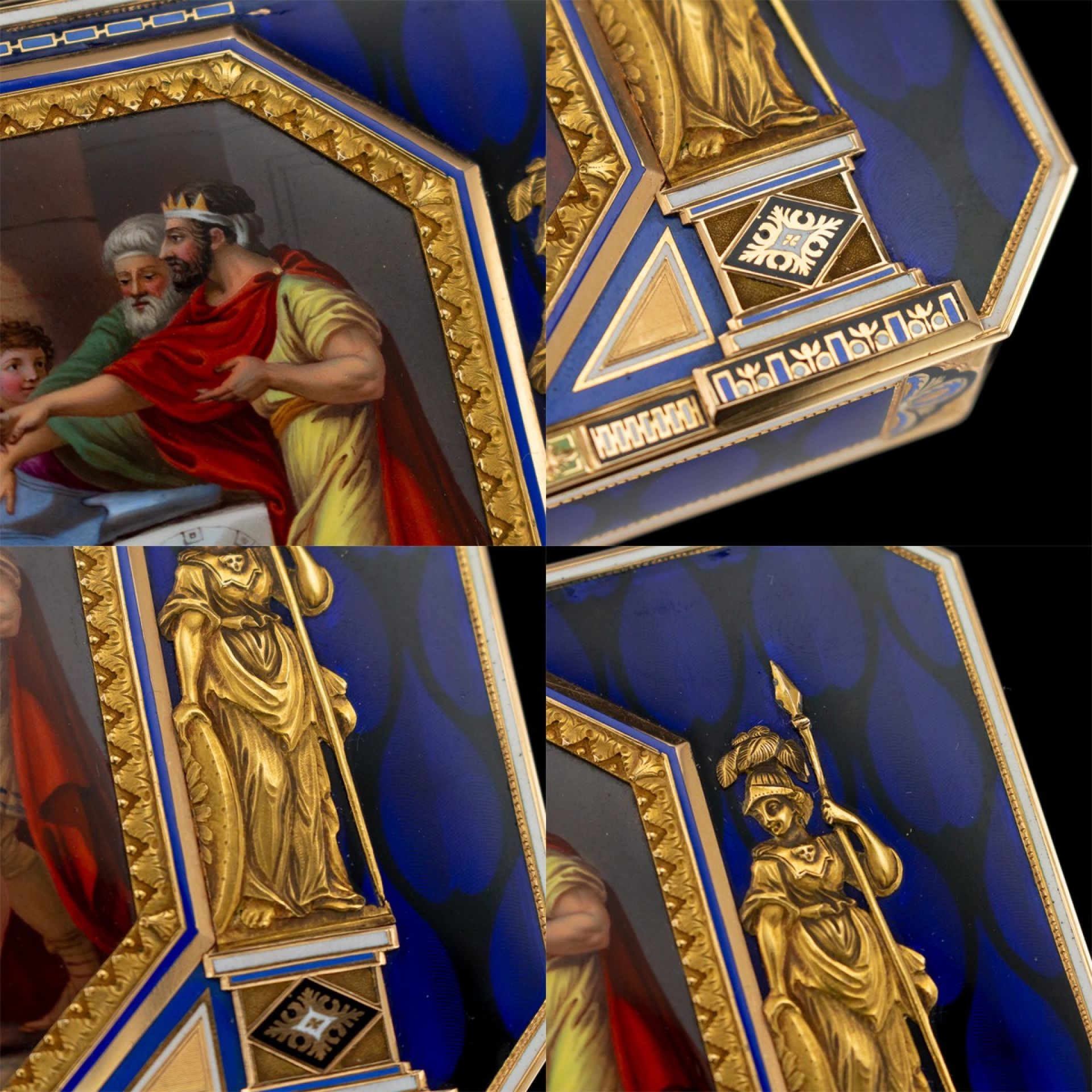 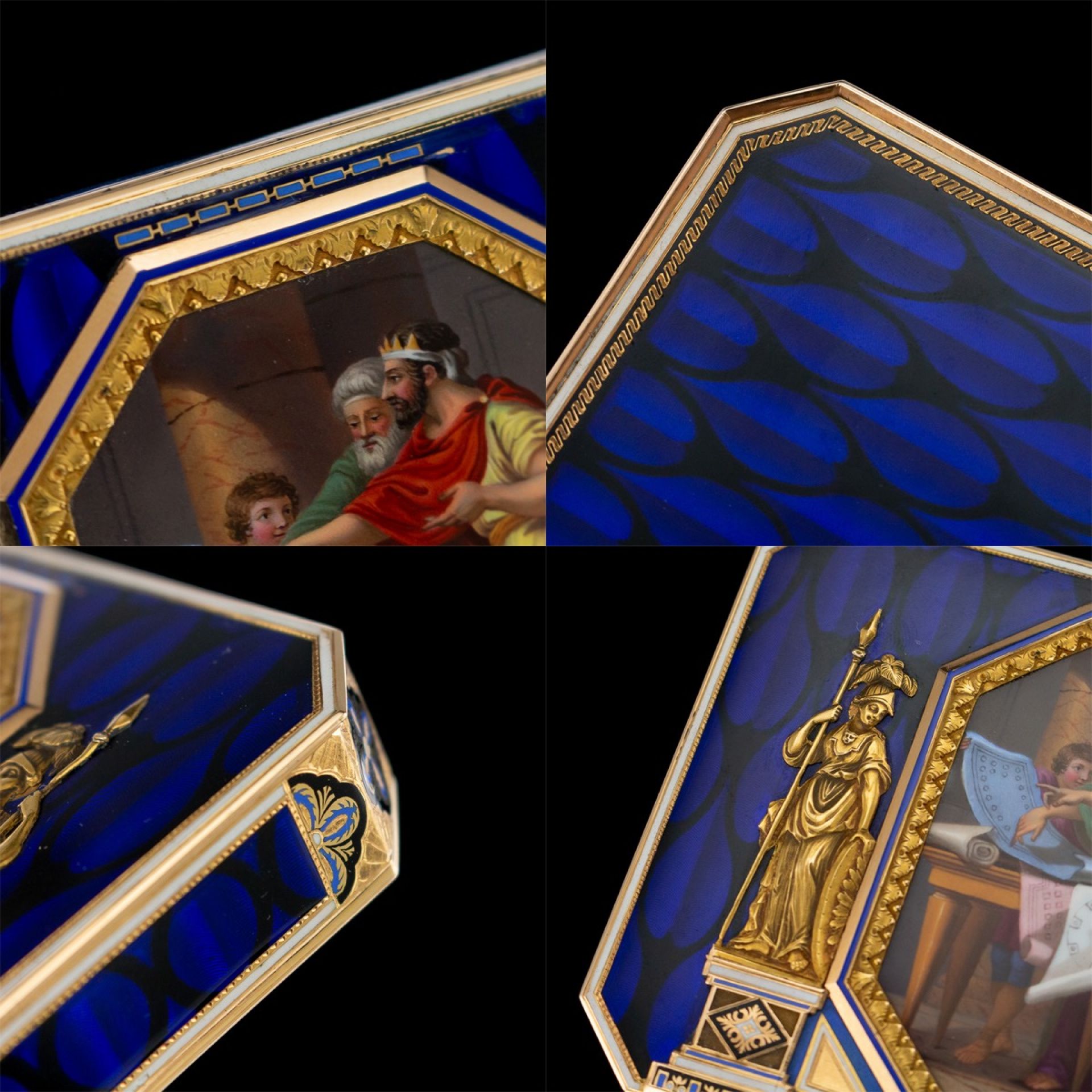 Antique early-19th Century Exceptional Swiss 18k gold & enamel snuff box, of rectangular form with canted corners, the cover is set with a finely painted panel depicting King Solomon and his Architect. According to the Hebrew Bible, Solomon's Temple, also known as the First Temple, was the Holy Temple (Beit HaMikdash) in ancient Jerusalem before its destruction by Nebuchadnezzar II after the Siege of Jerusalem of 587 BCE and its subsequent replacement with the Second Temple in 516 BCE. The period in which the First Temple presumably, or actually, stood in Jerusalem, is known in academic literature as the First Temple period (c.1000-586 BCE)

Jean-Georges Rémond was born in France on July 27, 1752. Forced into exile by the revocation of the Edict of Nantes, his family took refuge in the German city of Hanau which soon became one of the largest production centers of goldsmithery in Europe in the second half of the 18th century. The son of goldsmith Johannes Remond perfected his skills in Paris, Berlin and London and quickly became one of the most prominent European goldsmith specializing in musical automatons and gold boxes.

He was later officially admitted as "Goldsmith-Jeweler" in Geneva on December 22, 1783 after having submitted an oval snuffbox in gold covered with an enamelled scene in the judgment of his peers. At the same time he founded "George Rémond Cie".

In the first years of the nineteenth century, the company "Rémond Lamy Co" produces brilliant boxes singing bird embellished with pearls that were intended for the Chinese market. The Napoleonic conquest imposes the French guarantee system and influences in the Geneva production. In 1806, the factory employs a hundred artisans and the production of the Fabrique rayon in Paris and London but also in Germany, Russia, Turkey and China. Jean-Georges Rémond died on February 11, 1830 in his hometown. His work, of a very high quality, was characterized by the use of the application of a translucent enamel on a gold surface guilloche and surrounded by a border of pearls. His snuff boxes were often offered as a diplomatic gifts. It is also said that if one wanted to receive a favor from Cambaceres it was enough to offer him a snuffbox by this renowned goldsmith. 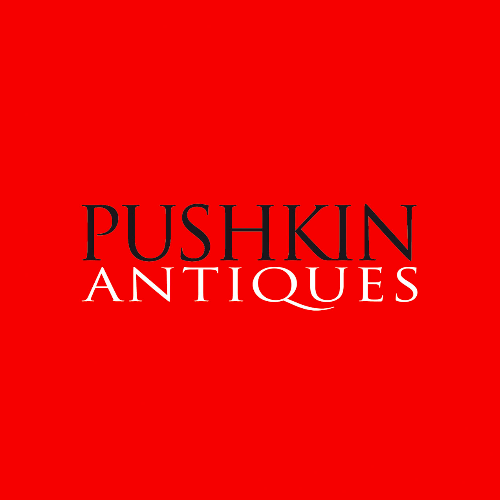 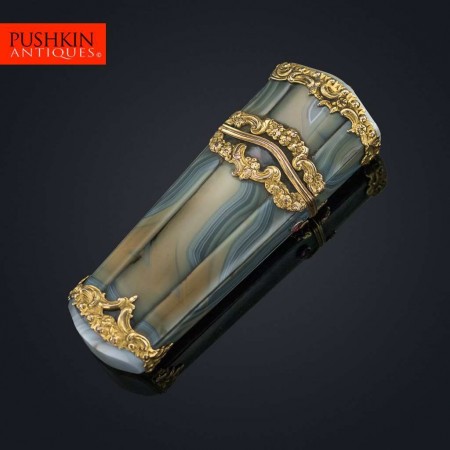 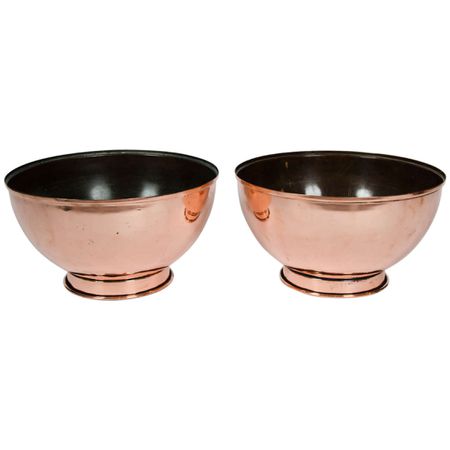 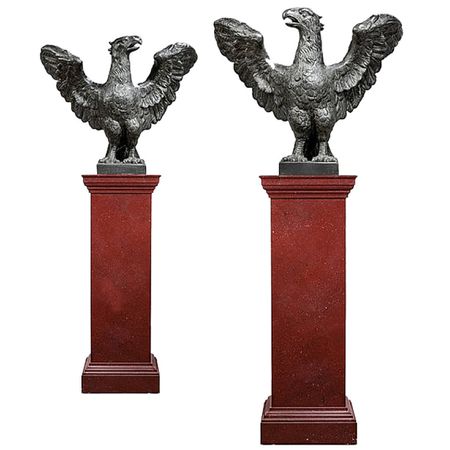 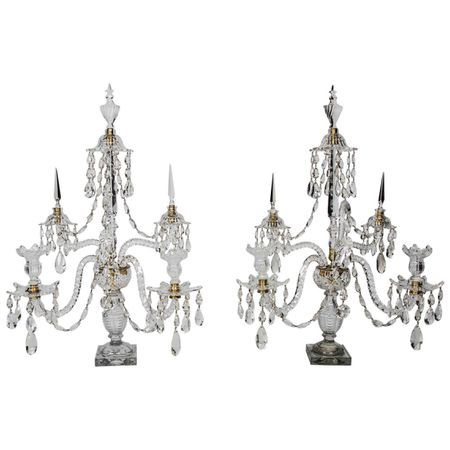