Antique late-18th Century Exceptional Swiss 18k gold & enamel snuff box, of round shape, the cover finely painted with the scene of The Choice of Hercules, the boy Hercules is concealed within trees observing Virtue and Vice whilst the poet waits to record his decision. The two women represent the opposite destinies which life could offer him: on the left Virtue is calling him to the hardest path leading to glory through hardship, while the second, a woman with worldly pleasures, the easier path, is enticing him to vice.

The lid is applied with vibrant deep blue enamel over zig-zag geometric engine-turning within a half-pearl set rim, the sides also applied with translucent royal blue enamel over a foliate engine-turned ground below a multi-coloured paillons band, the base with similar enamel over a richly engine-turned patera and foliate ground within a similar paillons border. Hallmarked with a makers mark for Guidon, Rémond & Gide, (active in Geneva, 1792-1801, very important Swiss goldsmiths), and French guarantee mark.

Jean-Georges Rémond was born in France on July 27, 1752\. Forced into exile by the revocation of the Edict of Nantes, his family took refuge in the German city of Hanau which soon became one of the largest production centers of goldsmithery in Europe in the second half of the 18th century. The son of goldsmith Johannes Remond perfected his skills in Paris, Berlin and London and quickly became one of the most prominent European goldsmith specializing in musical automatons and gold boxes.

He was later officially admitted as "Goldsmith-Jeweler" in Geneva on December 22, 1783 after having submitted an oval snuffbox in gold covered with an enamelled scene in the judgment of his peers. At the same time he founded "George Rémond Cie".

In the first years of the nineteenth century, the company "Rémond Lamy Co" produces brilliant boxes singing bird embellished with pearls that were intended for the Chinese market. The Napoleonic conquest imposes the French guarantee system and influences in the Geneva production. In 1806, the factory employs a hundred artisans and the production of the Fabrique rayon in Paris and London but also in Germany, Russia, Turkey and China. Jean-Georges Rémond died on February 11, 1830 in his hometown. His work, of a very high quality, was characterized by the use of the application of a translucent enamel on a gold surface guilloche and surrounded by a border of pearls. His snuff boxes were often offered as a diplomatic gifts. It is also said that if one wanted to receive a favor from Cambaceres it was enough to offer him a snuffbox by this renowned goldsmith.

In Excellent Condition - No Damage. 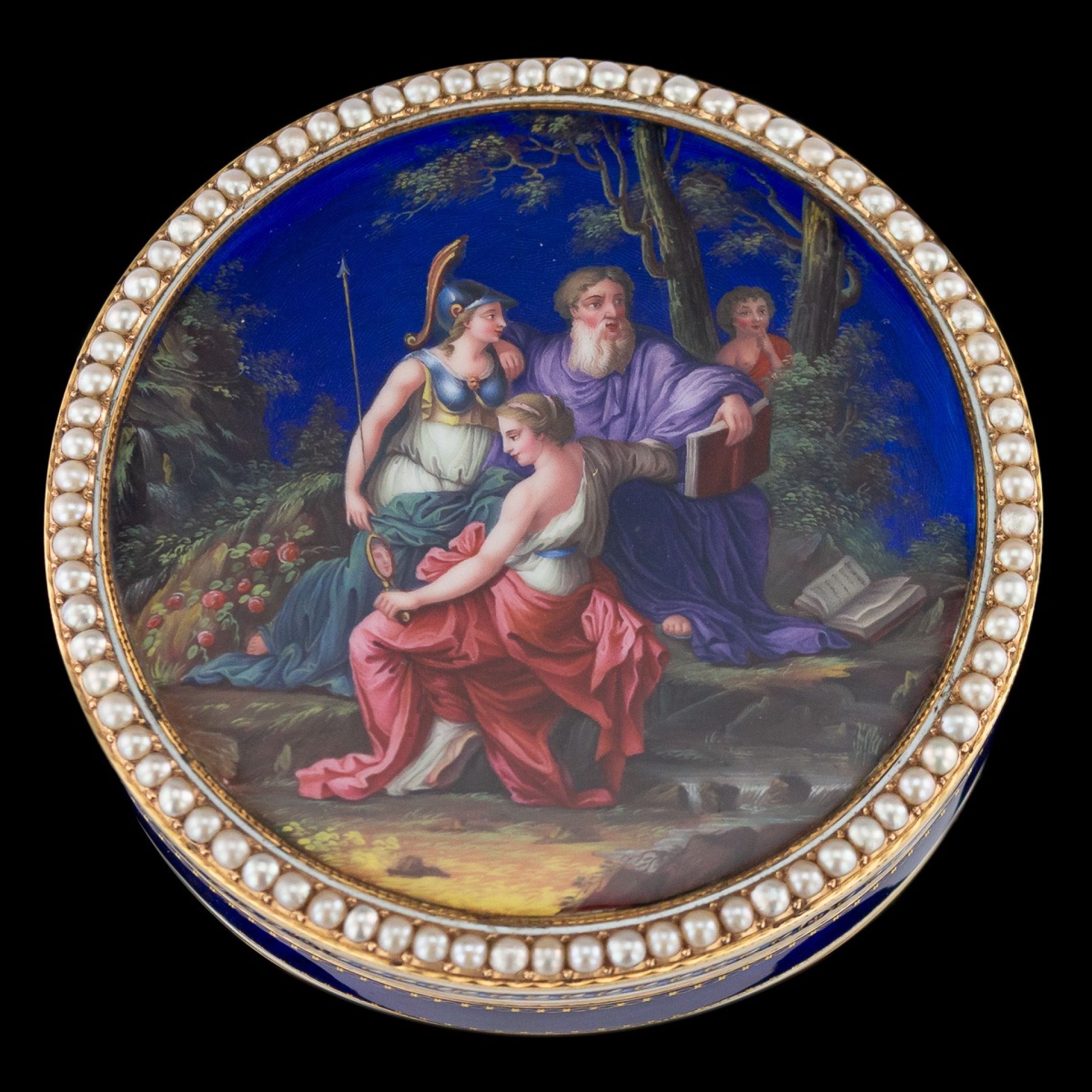 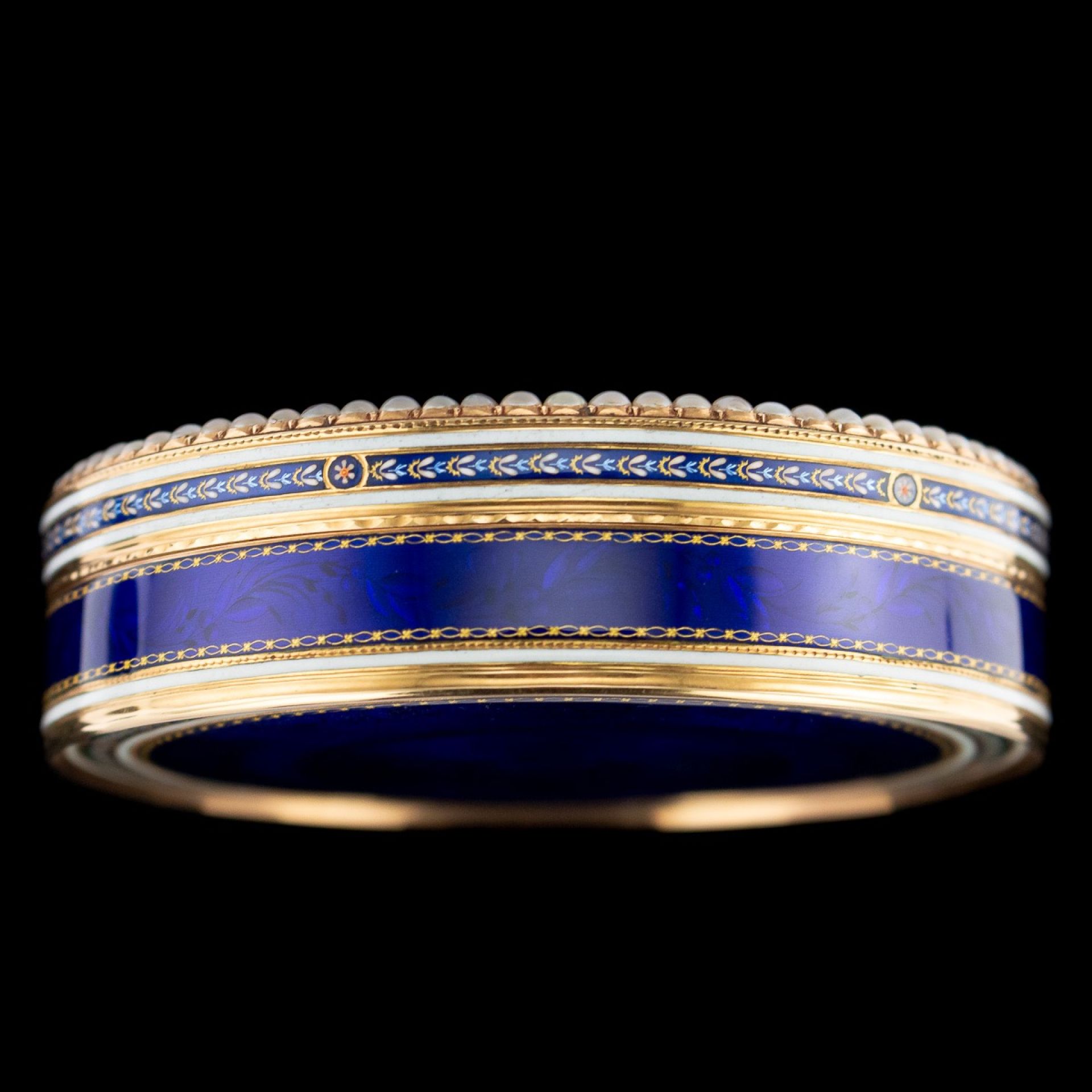 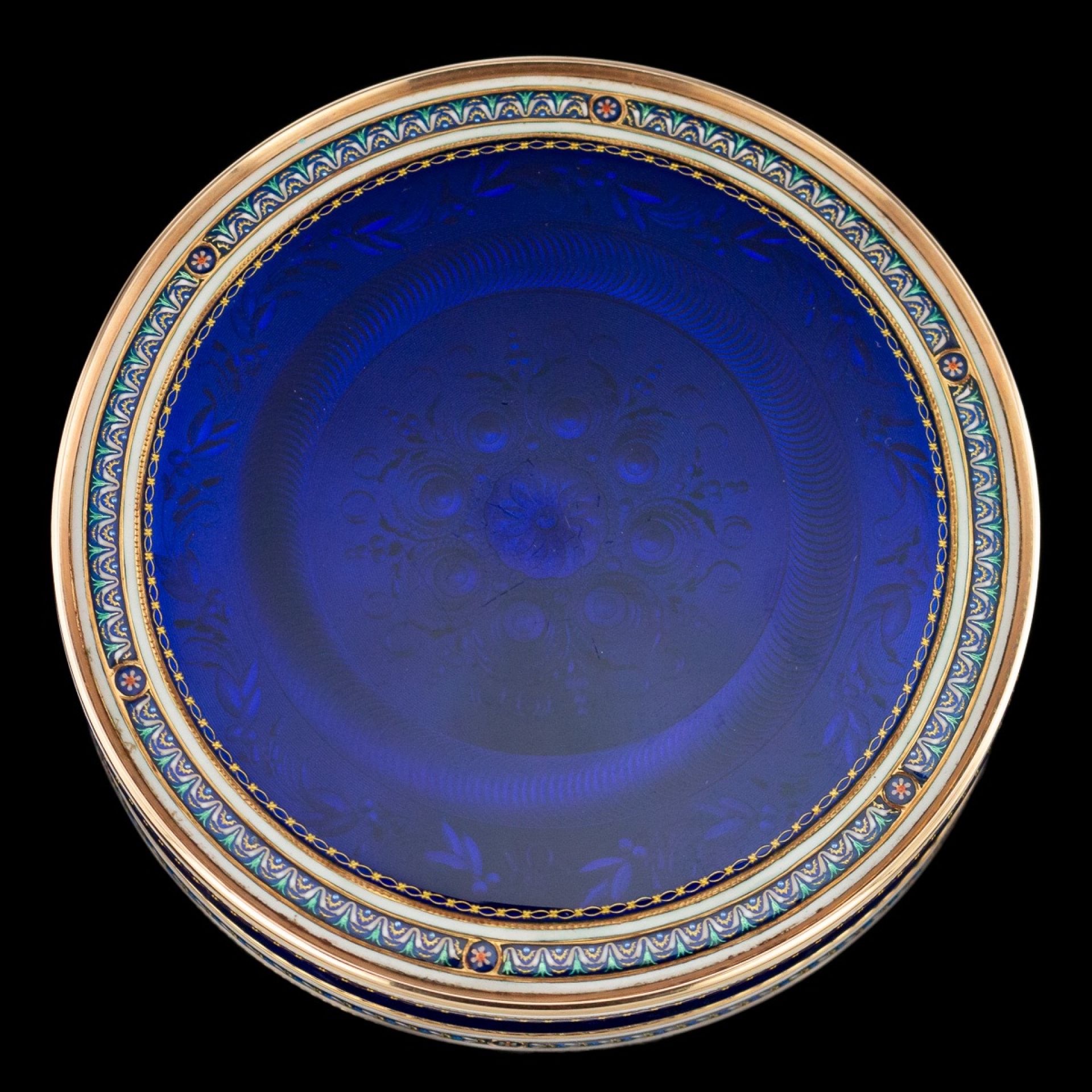 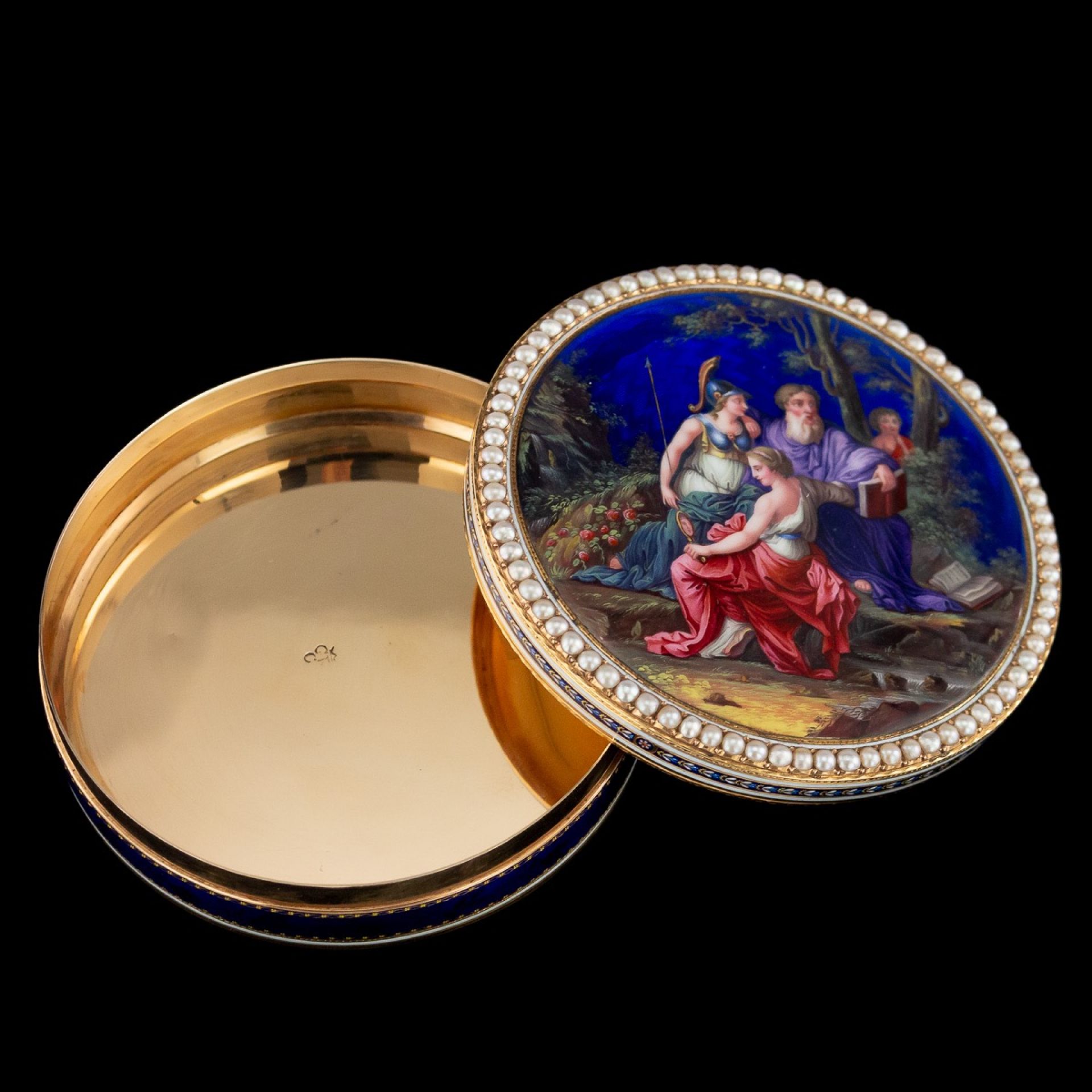 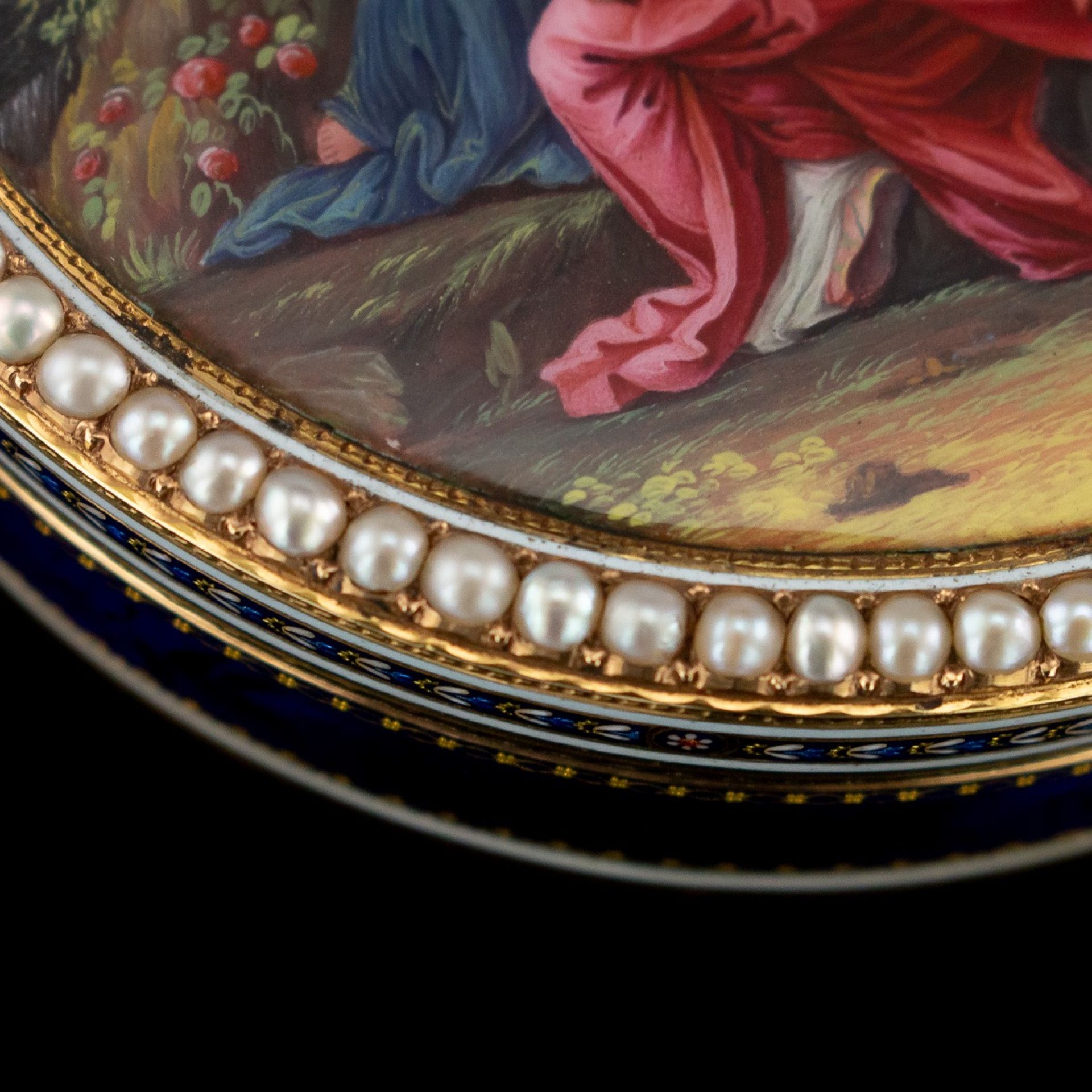 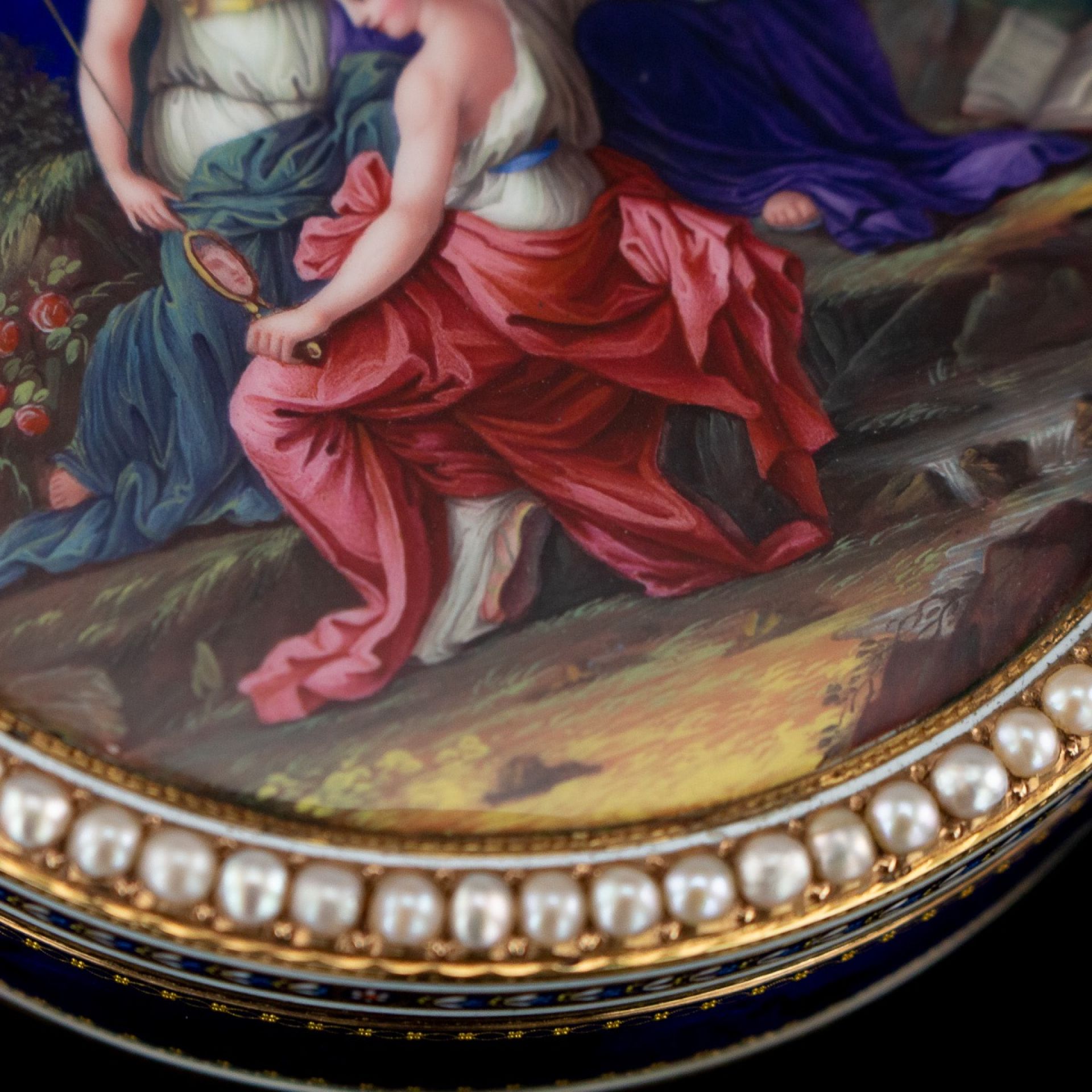 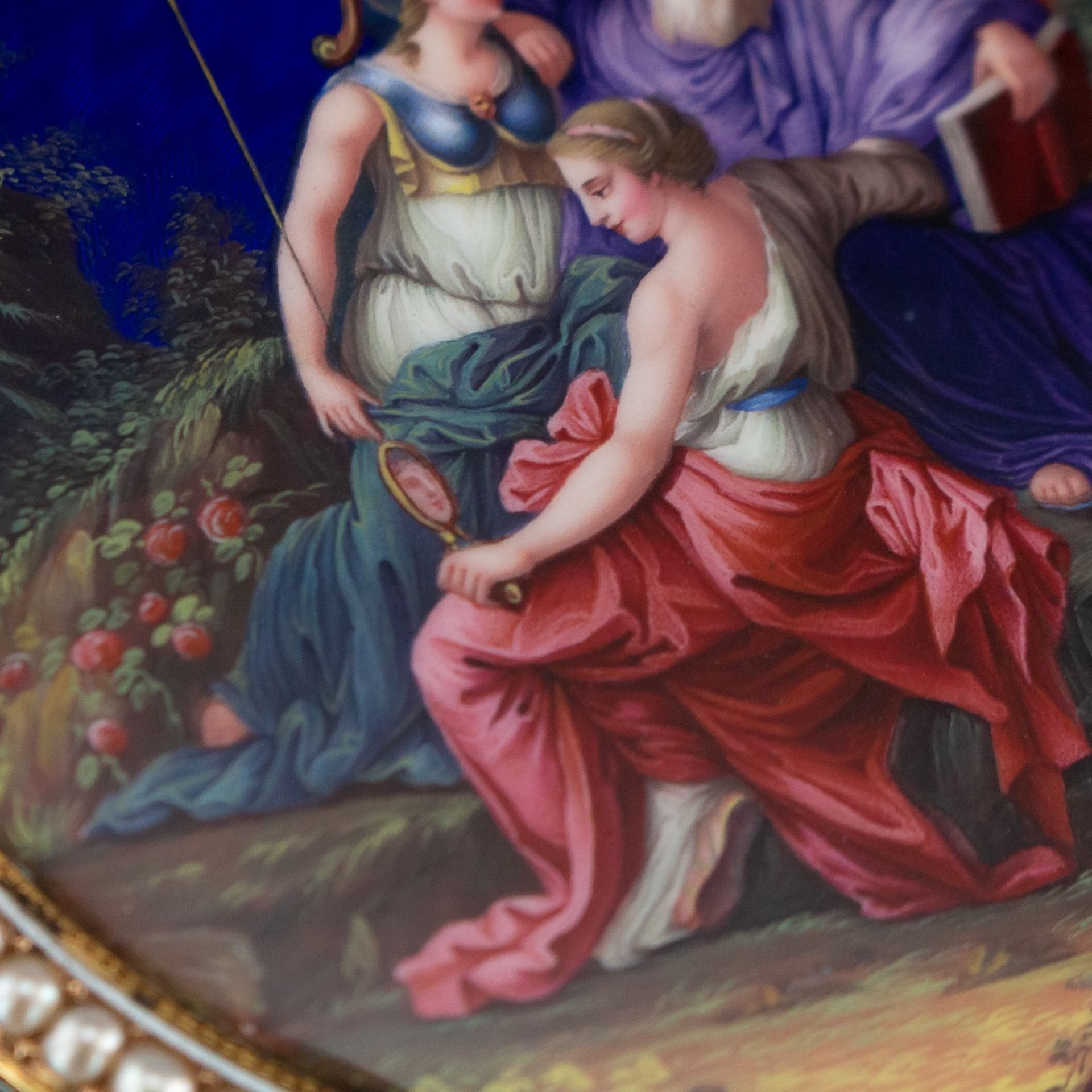 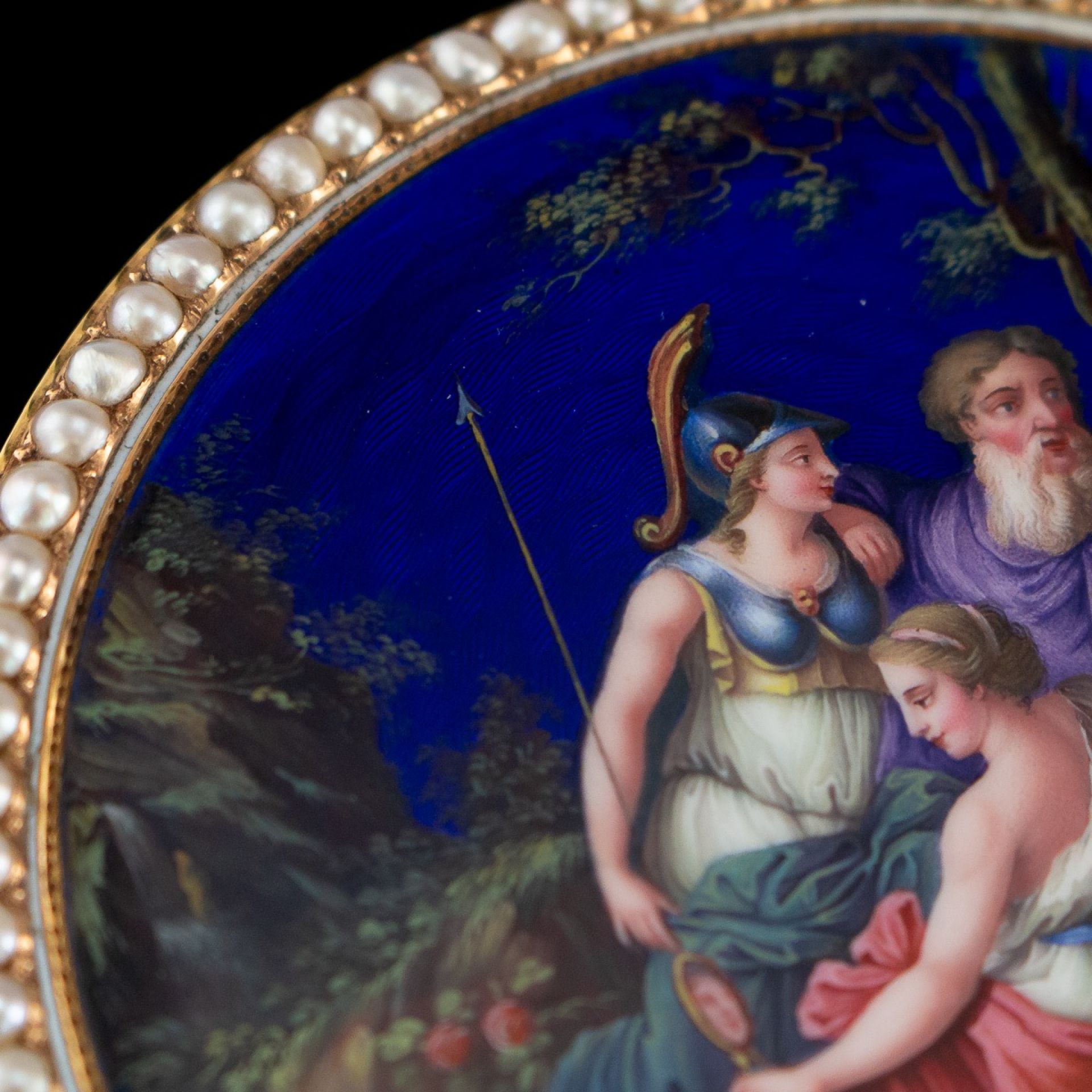 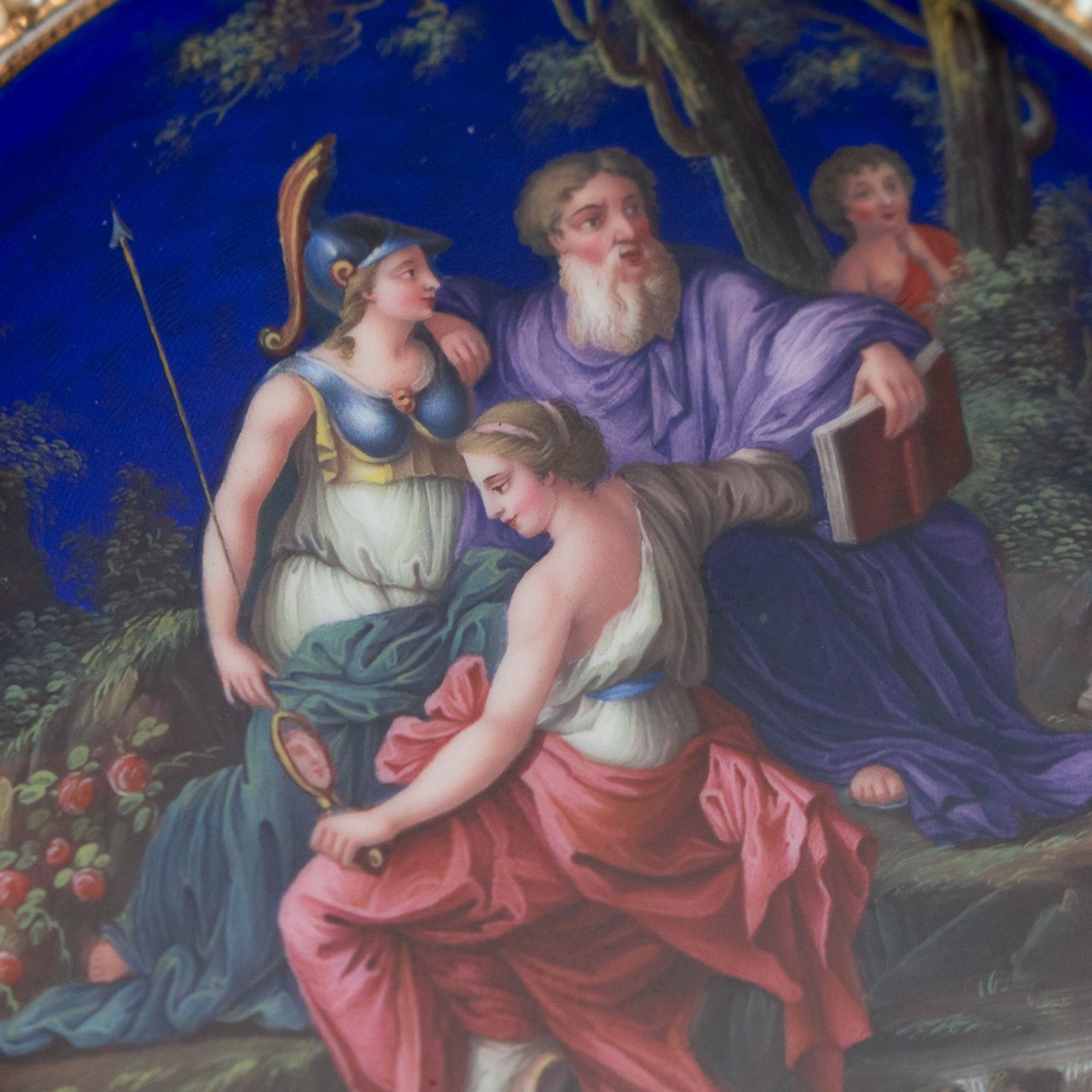 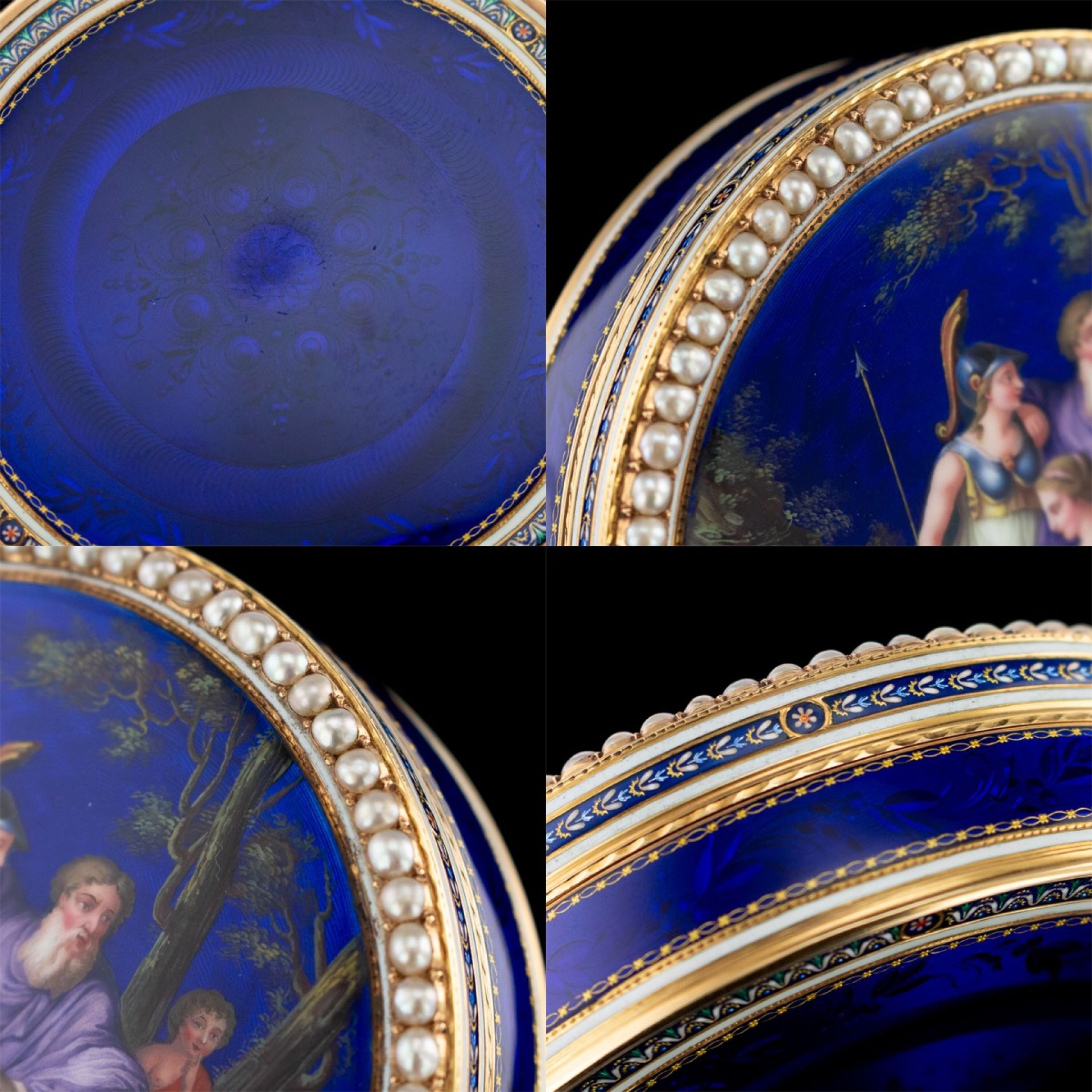 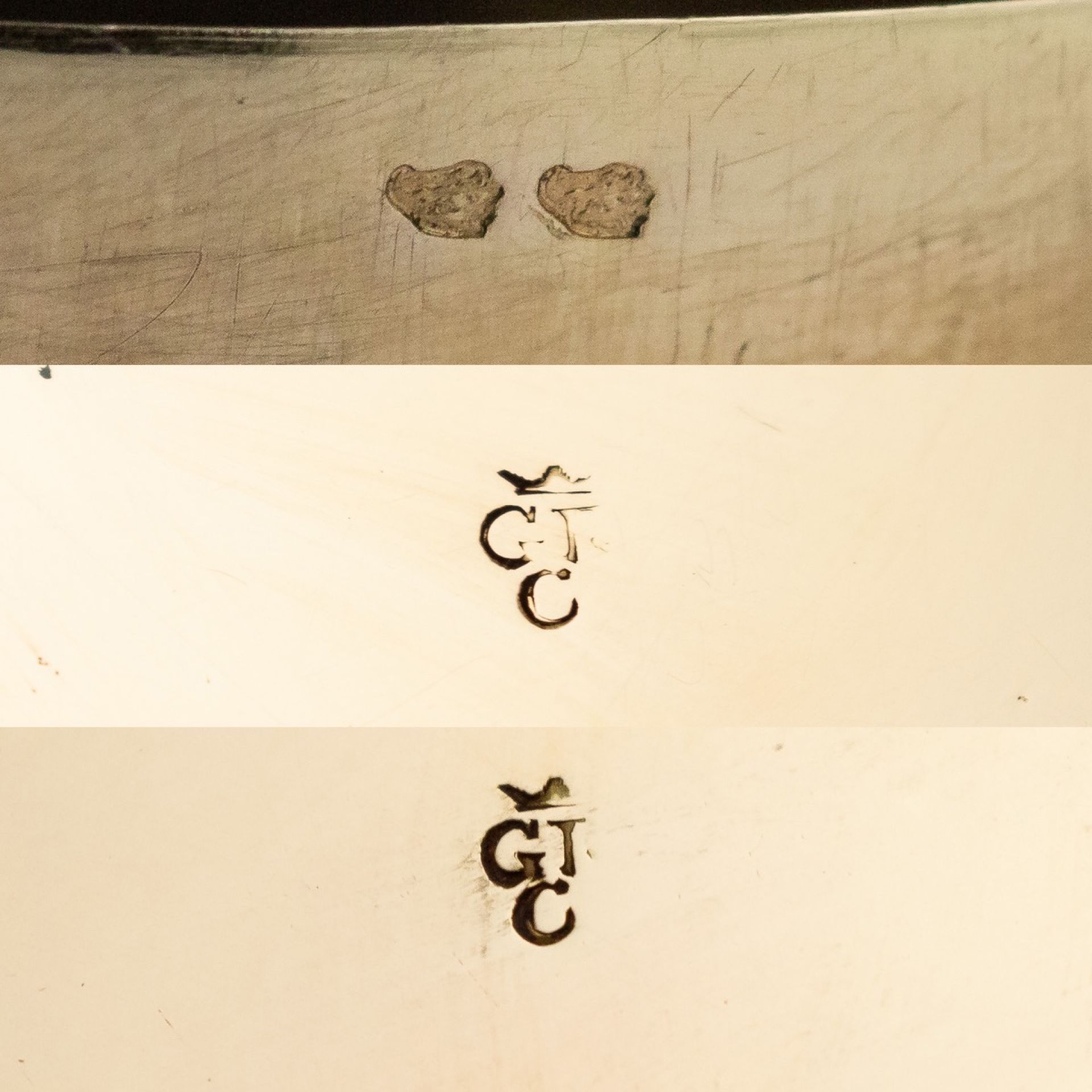