Antique early-20th Century Edwardian Art Nouveau solid silver & enamel figural centrepiece, The base of rectangular form with waisted sides, raised on four scroll feet. The support modelled as a semi-nude draped figure standing atop of the globe, supported by twin dolphin supports. The figure supporting a wavy edge and pierced bowl in which sits a oval cut clear glass fruit bowl, beneath the globe an applied twin sided plaque in the form of a laurel wreath, one side with an applied enamel plague of the Royal Arms of the United Kingdom, the other with the initials D G M in opaque white, translucent red then blue enamel respectively. The base with handles to either side, one revealing an internal velvet lined drawer, the body with embossed decoration of C scrolls, rocaille work, foliate scrolls and stylized flower heads. One side with a cartouche engraved with an inscription 'Presented to His Excellency Monsieur D.G. Métaxas. G.C.V.O. by the London & Liverpool Dried Fruits Trades as a token of their esteem and regard, London. June 1908.'. The obverse side embossed with two different buildings the left example in a surround of roses and thistles, the right example surrounded in fruiting grape vine. Fully marked to the base, part-marked throughout. Wooden interior to base.
Hallmarked English silver (925 standard), London, year 1908 (n), Maker's mark CE (Charles Edwards).

In Great Condition - No damage, the silver bowl has a chip to the rim. 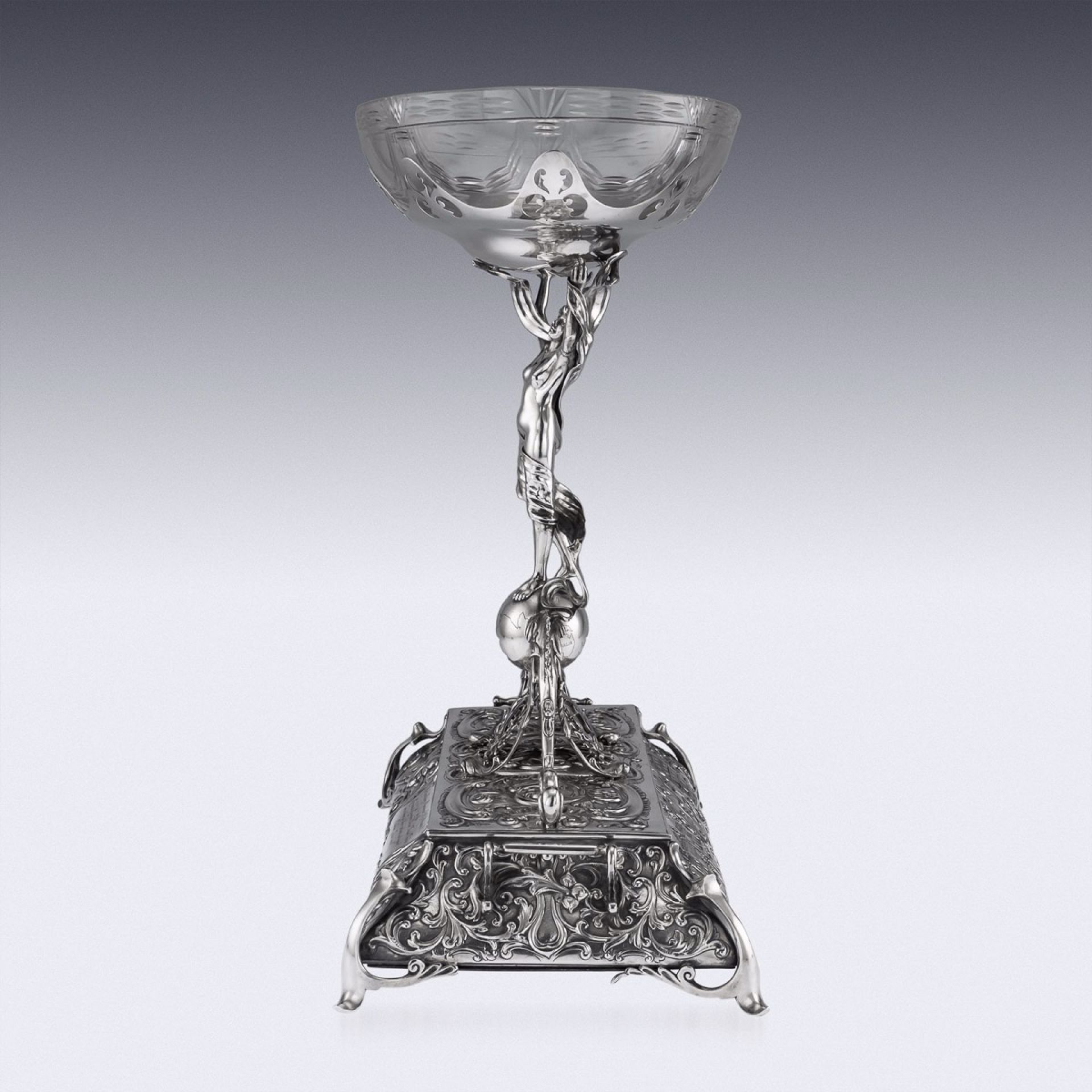 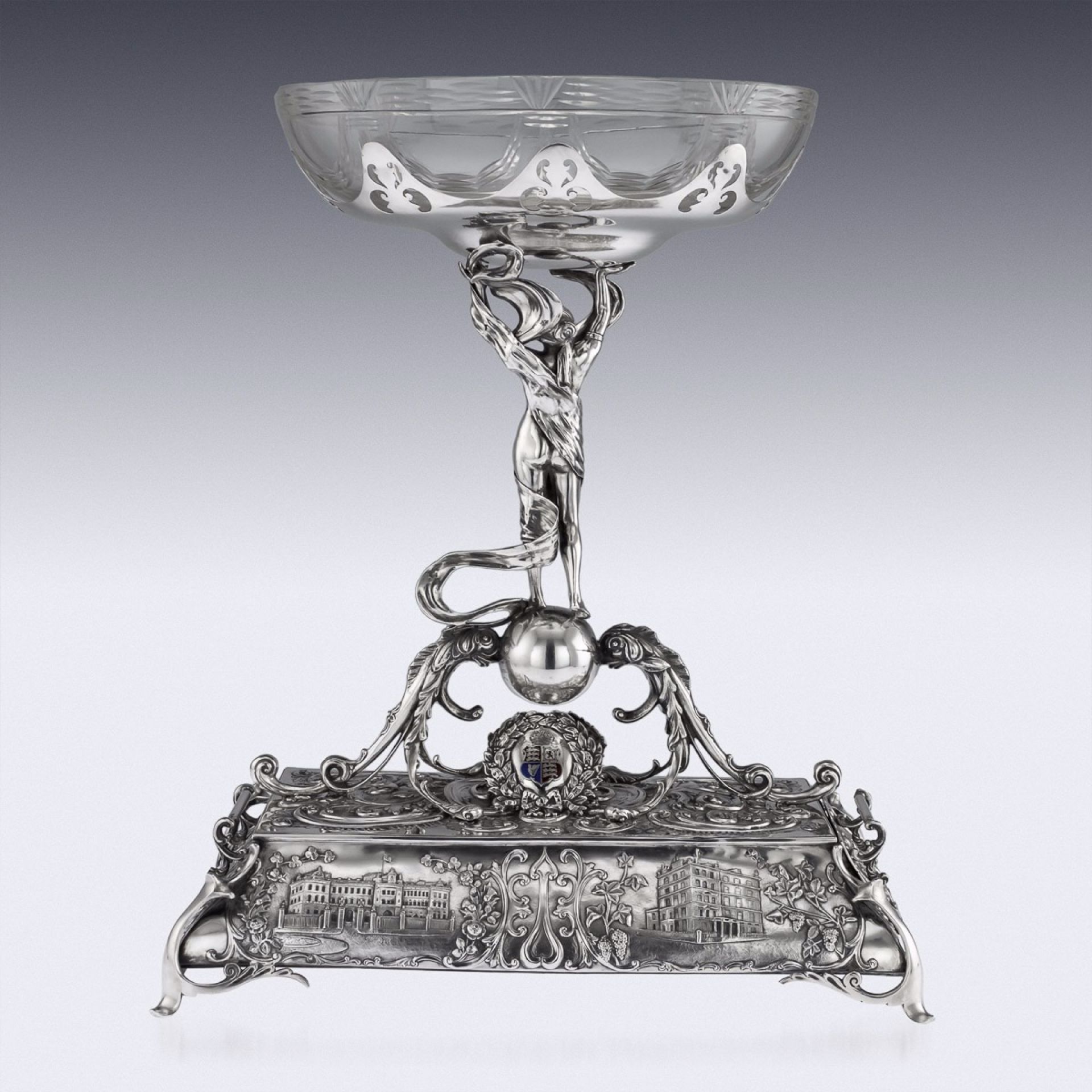 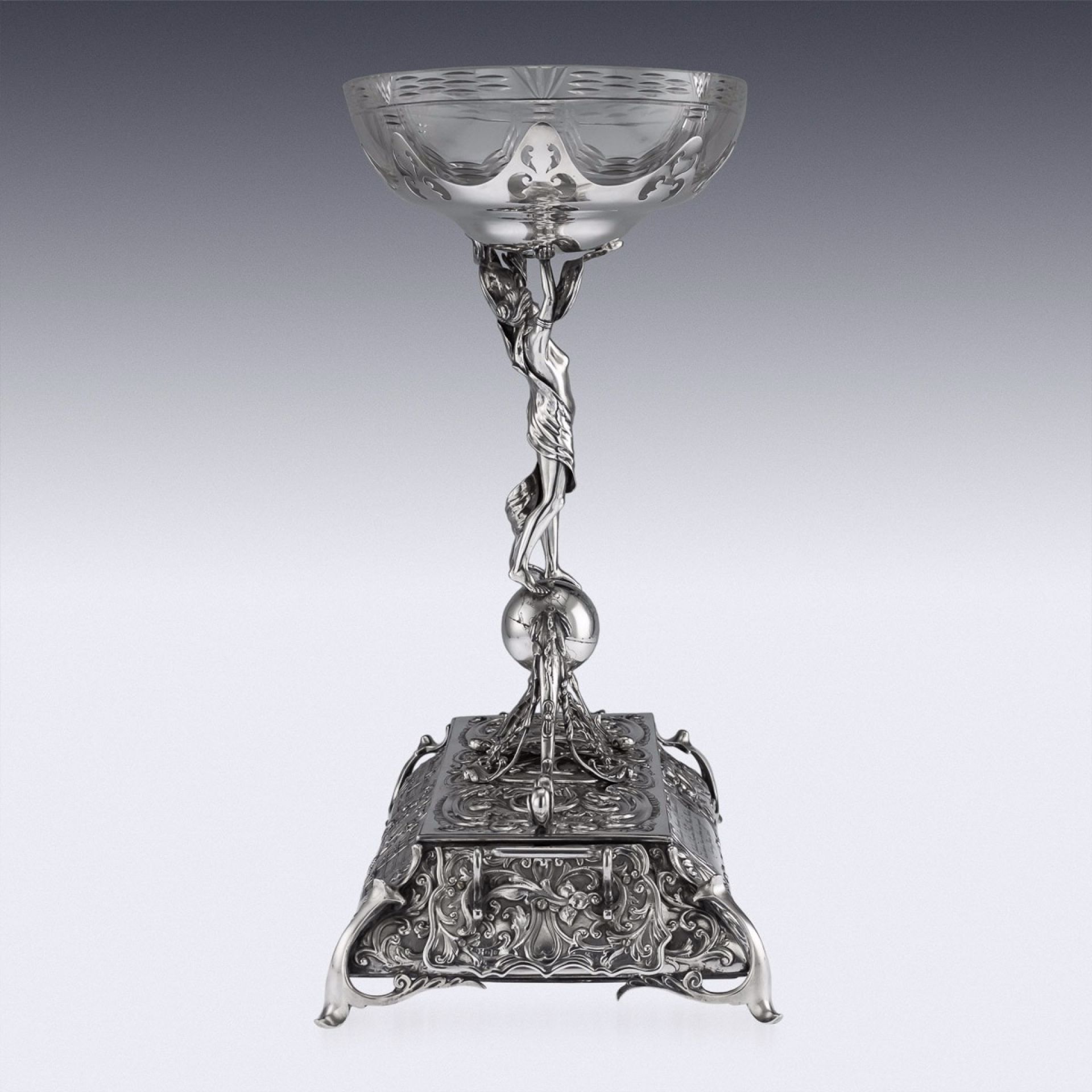 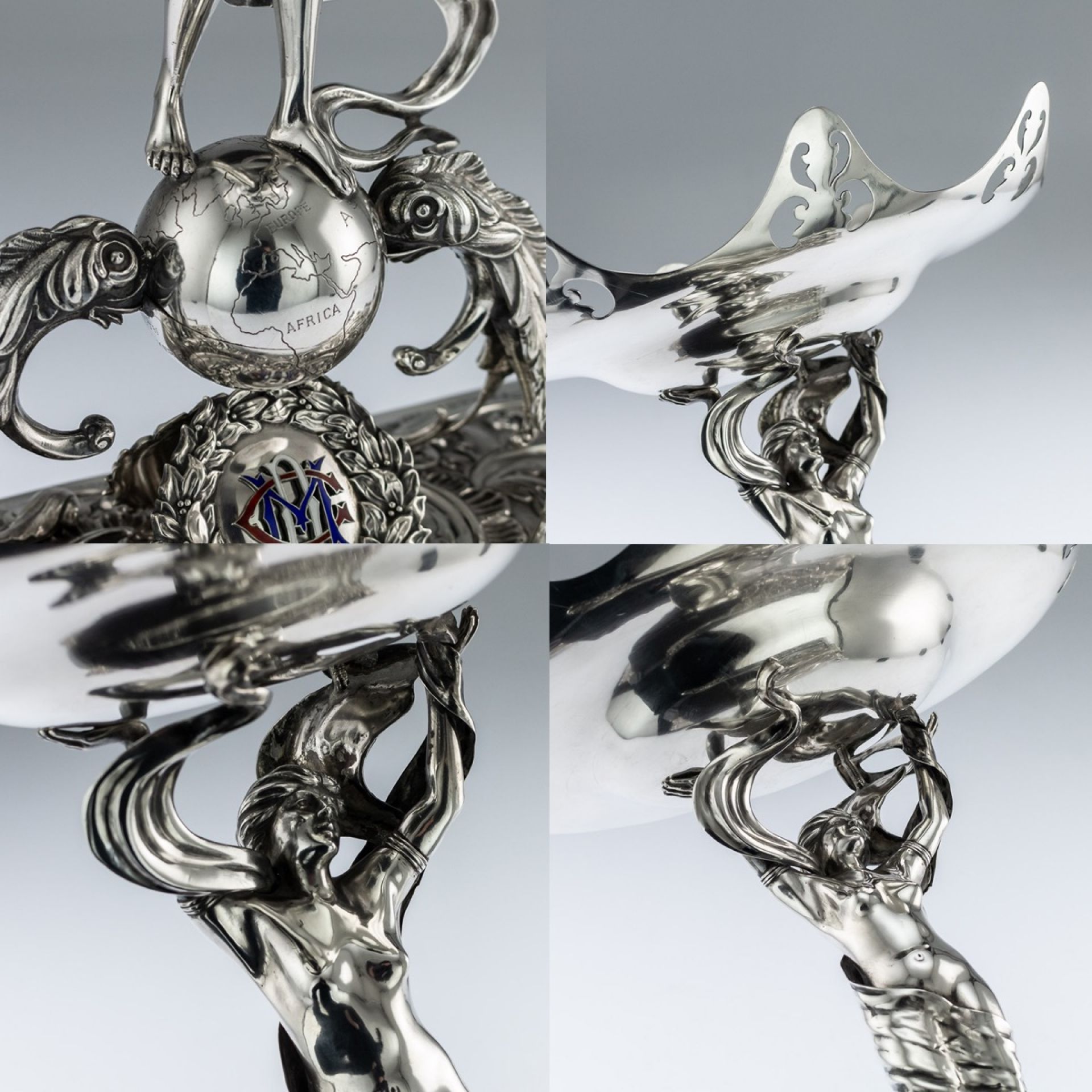 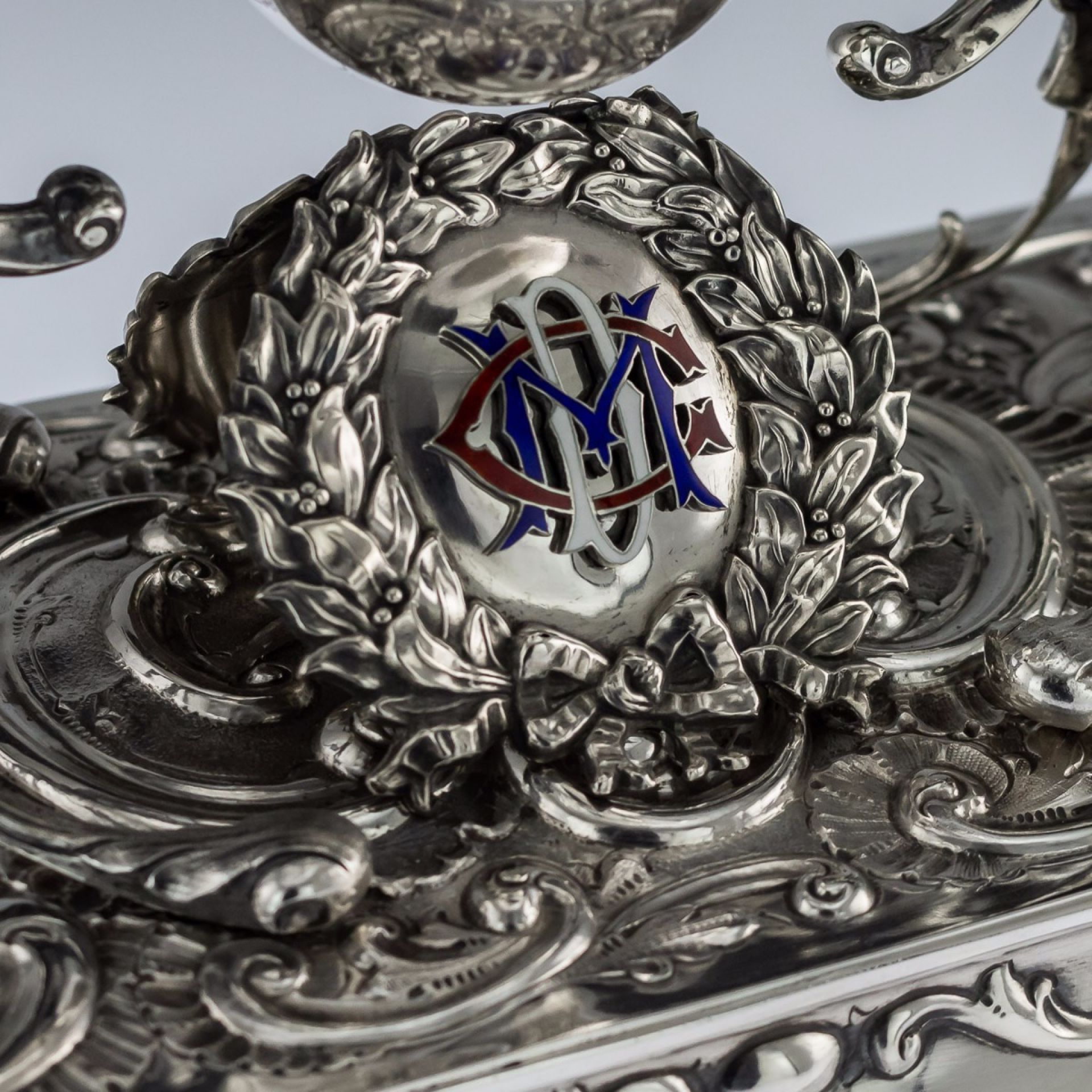 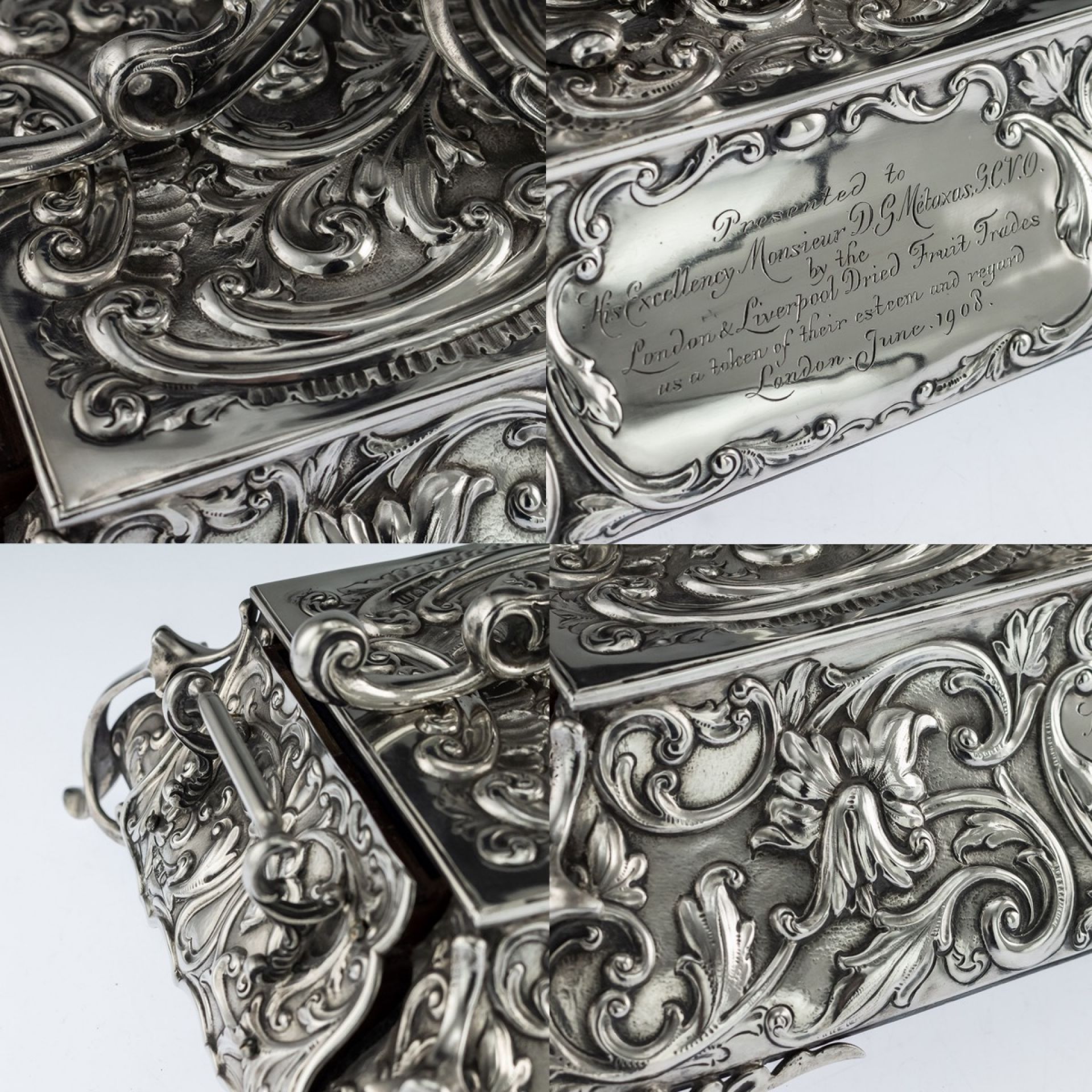 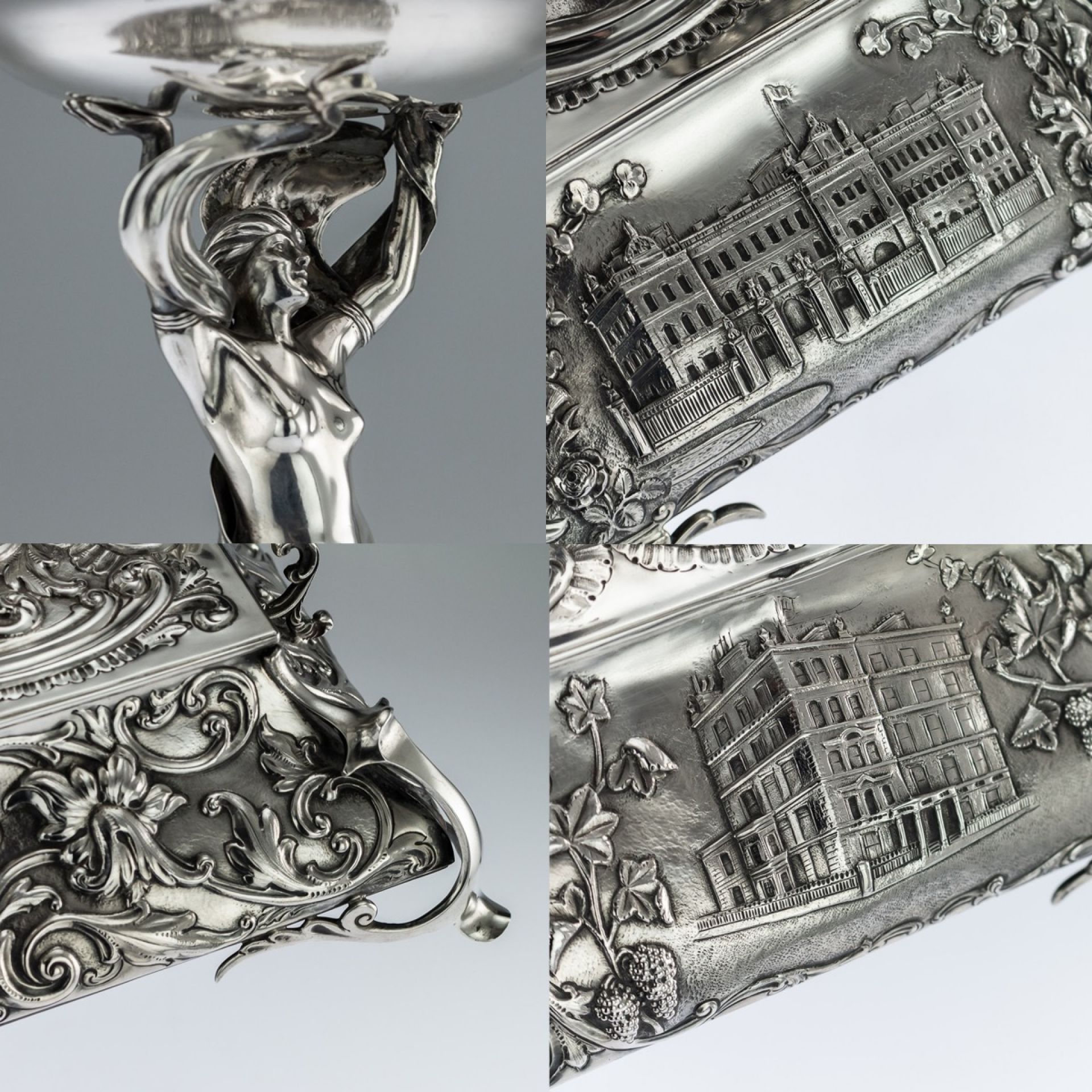 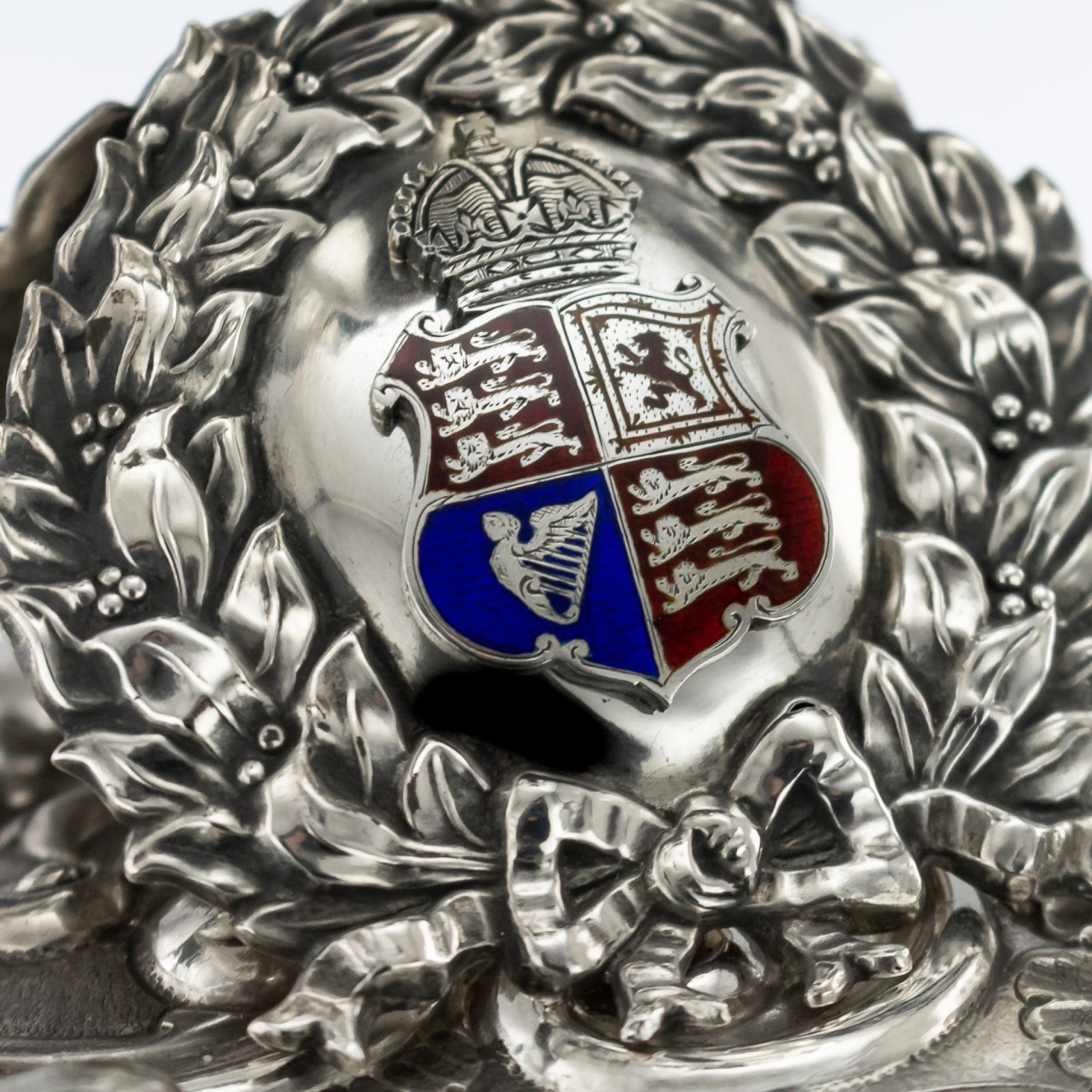 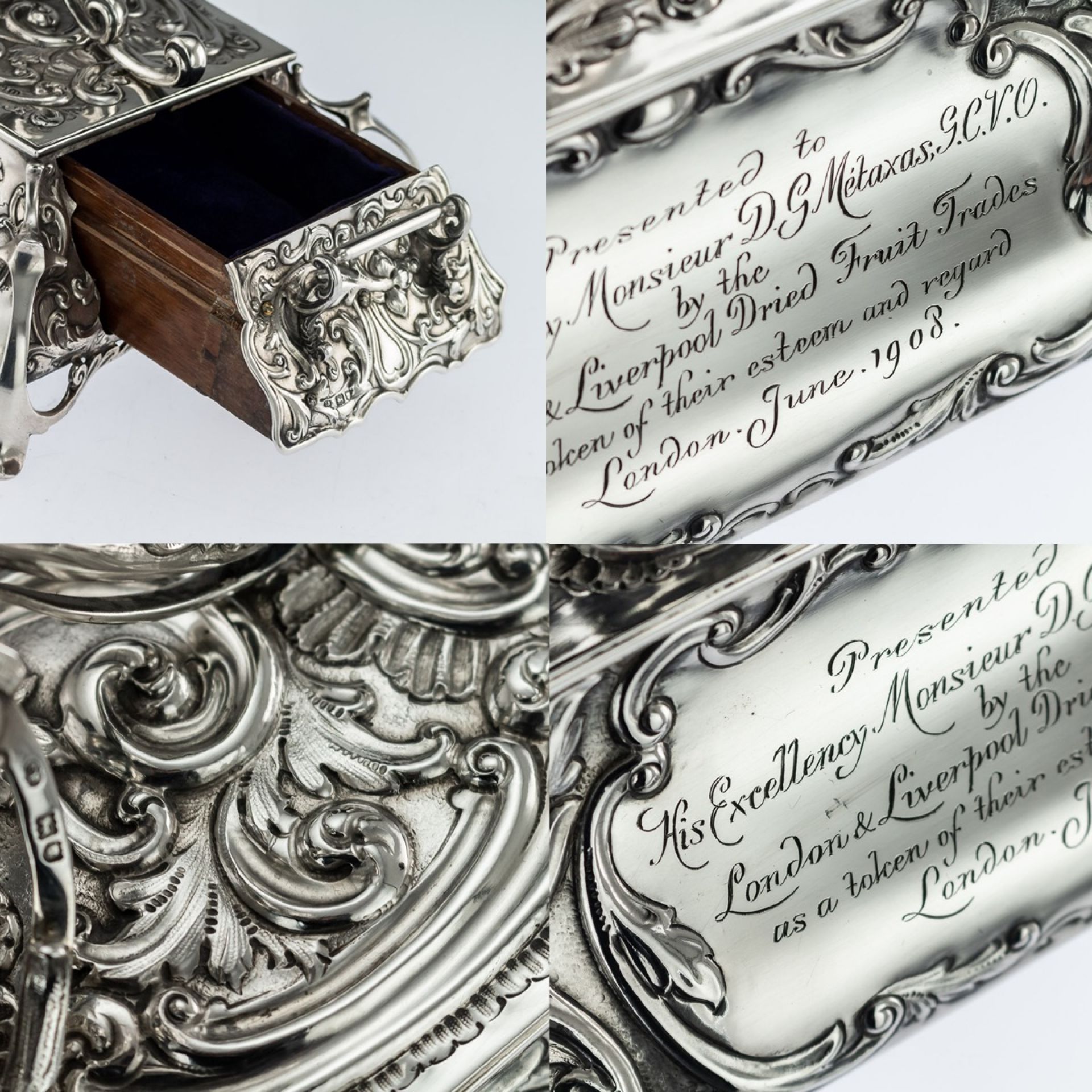 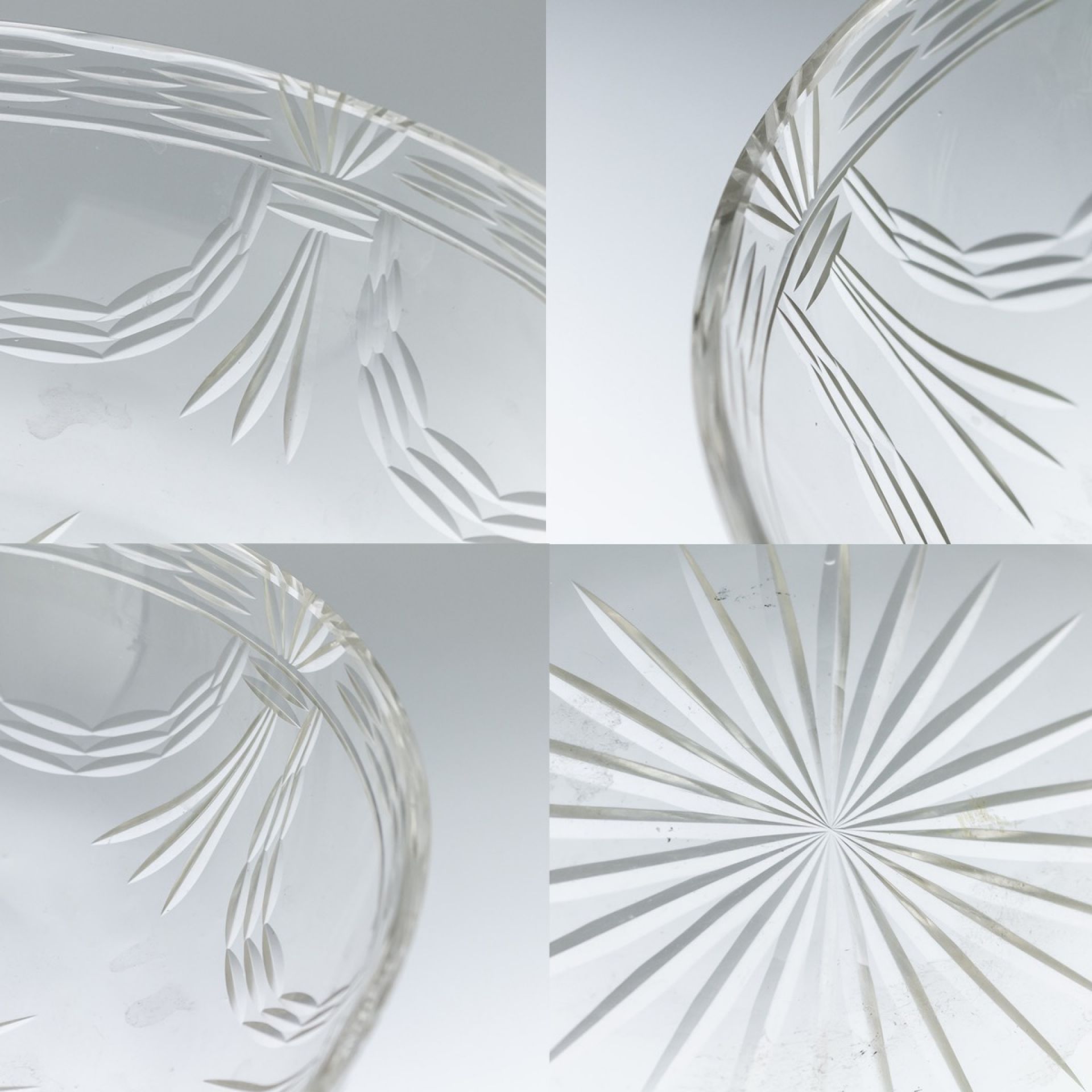 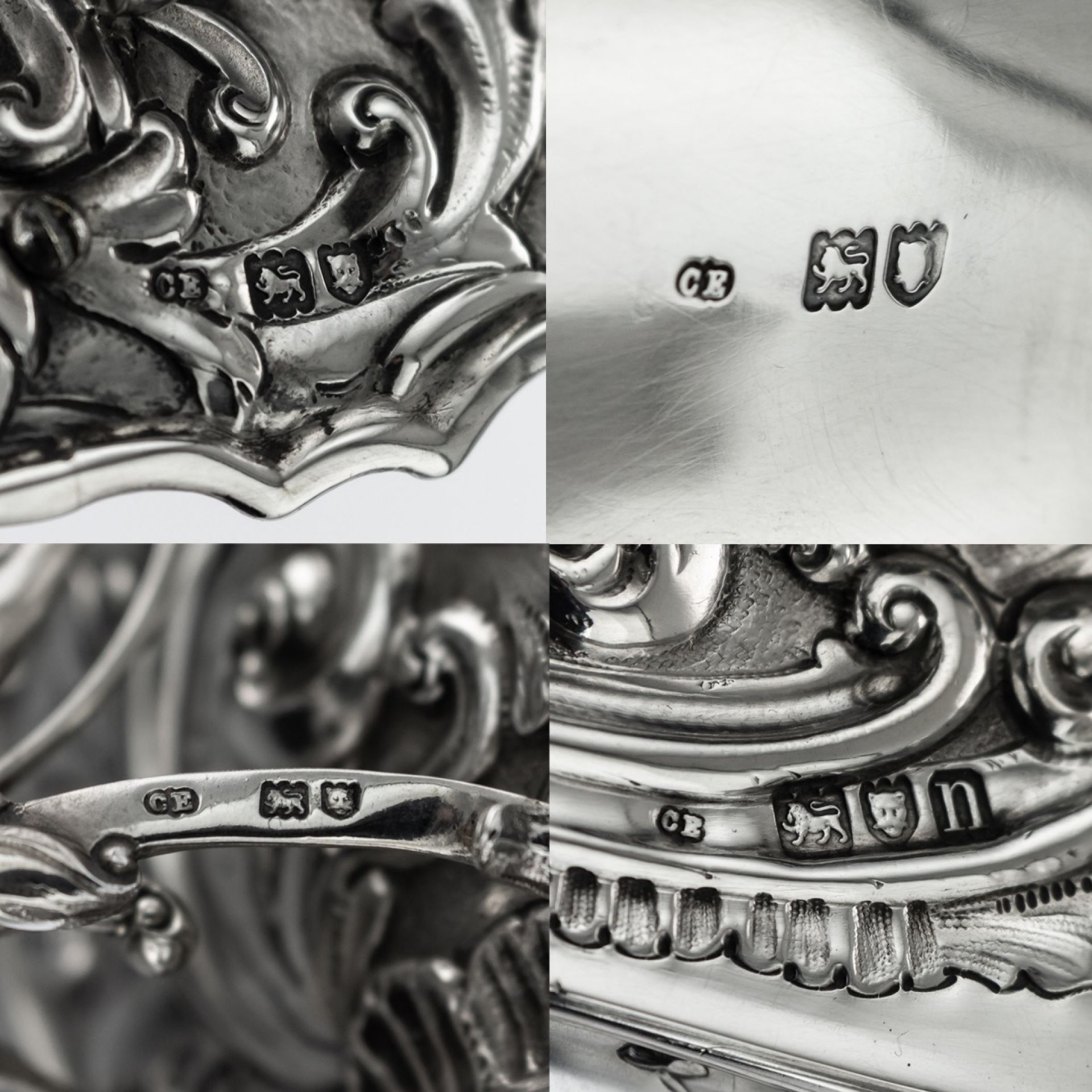