Home Articles The Most Luxurious Watches in the World 2016

The Most Luxurious Watches in the World 2016

The Most Luxurious Watches in the World 2016

First of all, a good watch imitates your personality and status. If you are affluent and care about style, a luxury watch is totally a worthwhile investment. Most of these luxury watches have a sophisticated design and remarkable history, thus it is such complexity that contributes to its high value. Why are you still thinking? Get one of these most luxurious watches in the world.

Swiss watch makers Chopard made the most expensive watch in the world which is made up of 201 karats of colored diamonds. It was once bought in an auction for $25 million! Don’t judge too fast, because the watch is more of a collection of expensive jewelry rather than a timepiece.  It has 3 heart-shaped diamonds, 289 pear-shaped diamonds, 139 round diamonds and 443 yellow diamonds, making a total of 874 diamonds. The watch has a spring-loaded mechanism in which when pressed, the three heart shapes will mechanically open up to see the time and expose the yellow diamond-studded watch face. 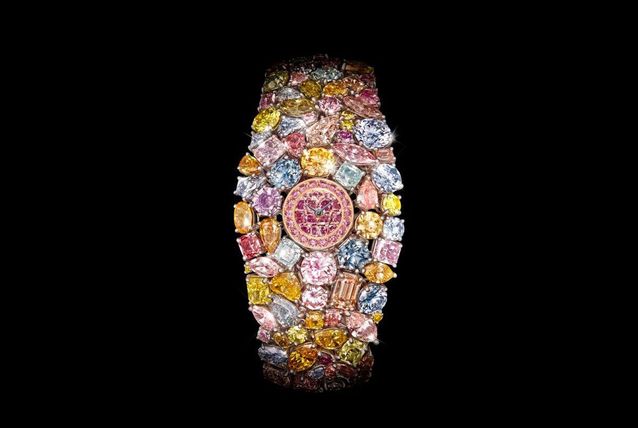 Created in 1989, the Patek Calibre 89 is a commemorative pocket watch to celebrate the company’s 150th anniversary. Therefore, people declare it to be the most complicated watch in the world. It has 1,728 components, made from 18-carat gold or platinum, took 5 years of research and development, and 4 years to manufacture. Due to its complexity, people estimate this watch to have a value of more than 5 million. 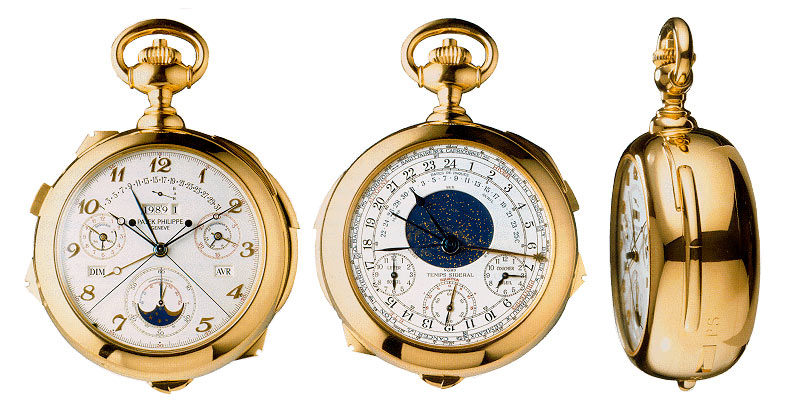 After six years’ work, Blancpain finally released this luxurious watch in 1991 and it turned out very triumphant. It features a one-minute tourbillon regulator, a perpetual calendar with moon phases and moon age, a co-axial split seconds chronograph and a minute repeater. Made up of platinum, furthermore, its belt is made with crocodile leather. This watch has 740 handmade parts, priced at $800,000. 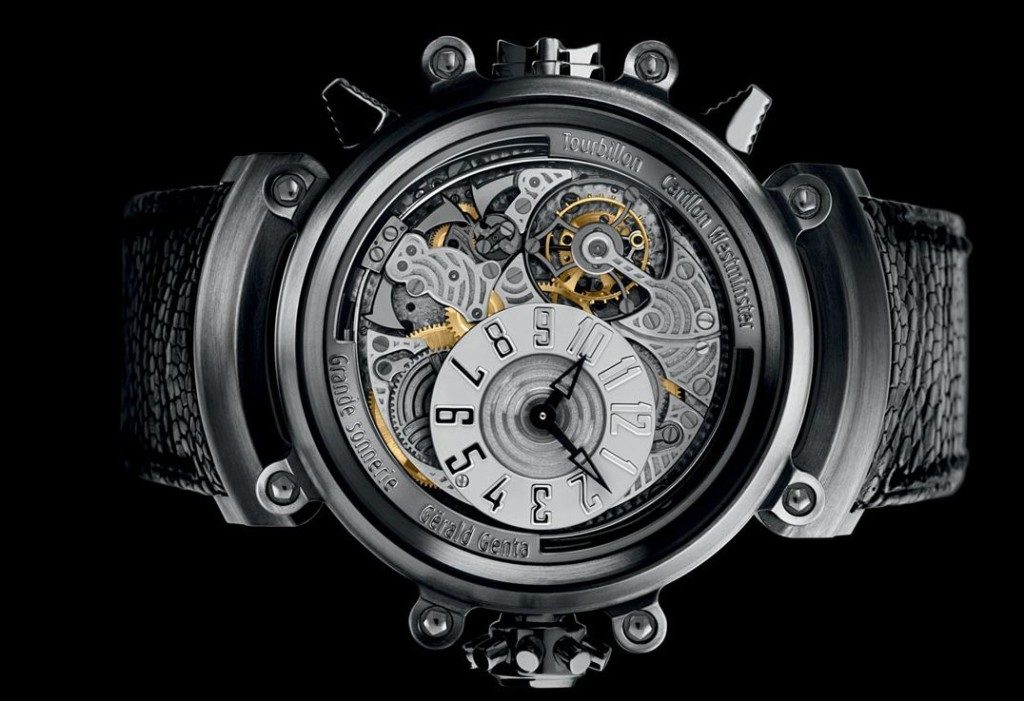 Patek Philippe is a storied Swiss watchmaker who urbanized the Grandmaster Chime over a reported 100,000 man hours to rejoice the 175th anniversary of the first Philippe timepiece. It was the most complicated and elaborated watch. In addition, it is an absolute micro mechanical masterpiece, featuring complex mechanisms and elaborate case decoration, only with 7 pieces. 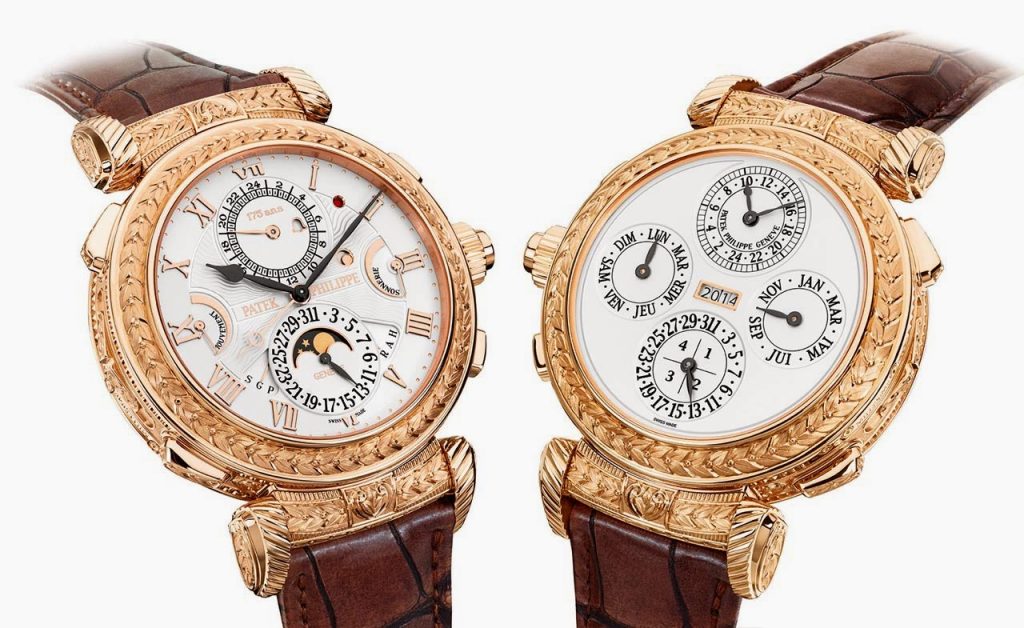 Secret Cartier is made with 18-carat rhodium-plated white gold and set with emeralds. This unique Cartier wrist watch has brilliant-cut diamonds and one pear-shaped diamond weighing 3.53 karats. It also consists of more than 80 karats of a diamond. 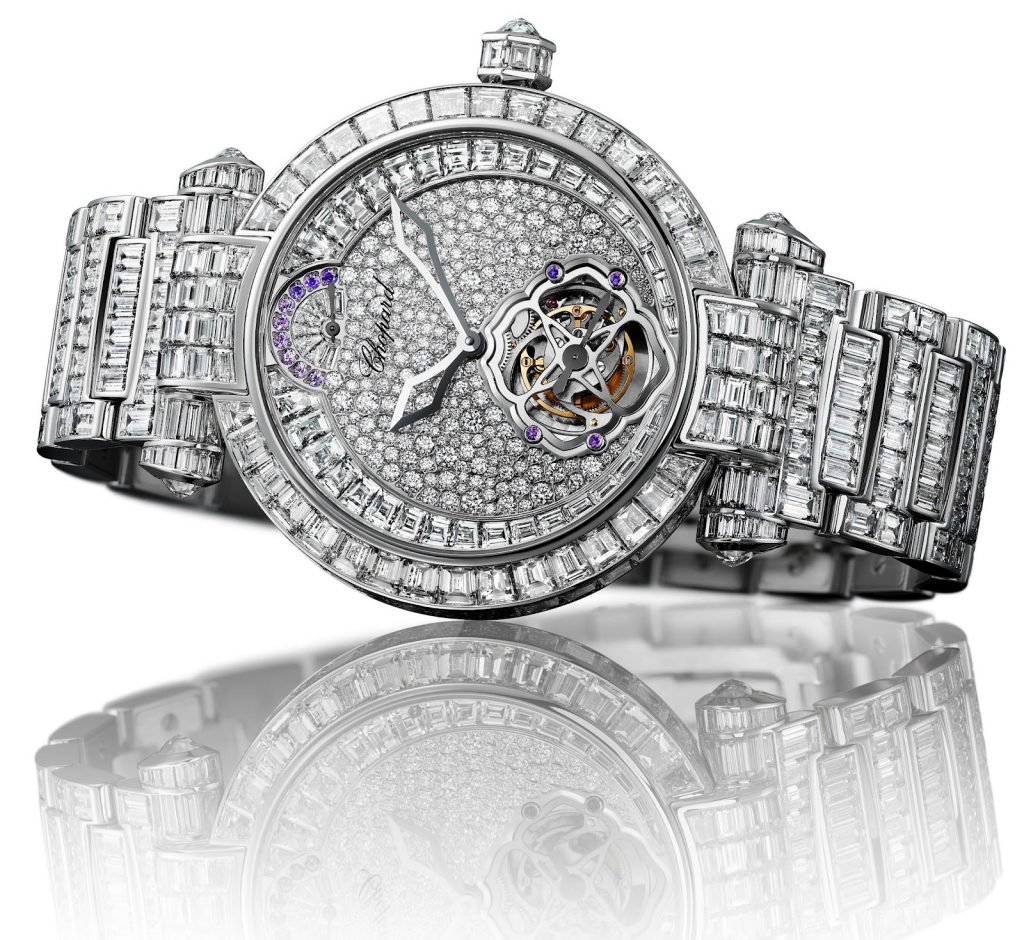 This fashionable watch has the sapphire-crystal case back and a fold-over clasp and. This beautiful piece has a diameter of 27.5 mm and 3.88 mm high.  In addition, it has 33 pieces of a jewel embedded into it with 8 bridges and has 239 components. Made of platinum, it is Water resistant to 30 m. Thus, only one watch was made and sold at the Antiquorum in 2002. 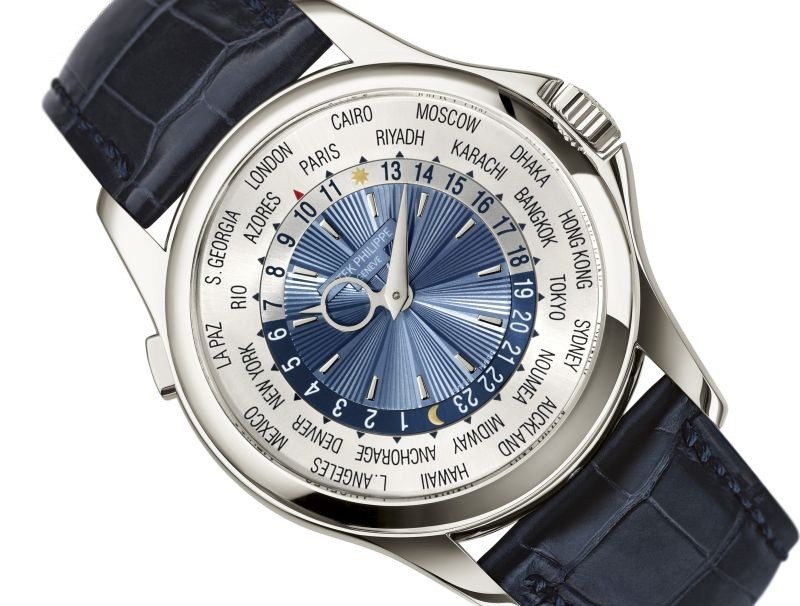 Hublot is the ideal watch which is completely made with diamonds, therefore, is of the most expensive watches. Approximately 1280 diamonds are used, and each one has at least 3 karats. Hence, provider collect diamonds from all around the world in a year and every stone is cut in a decorous way from New York. 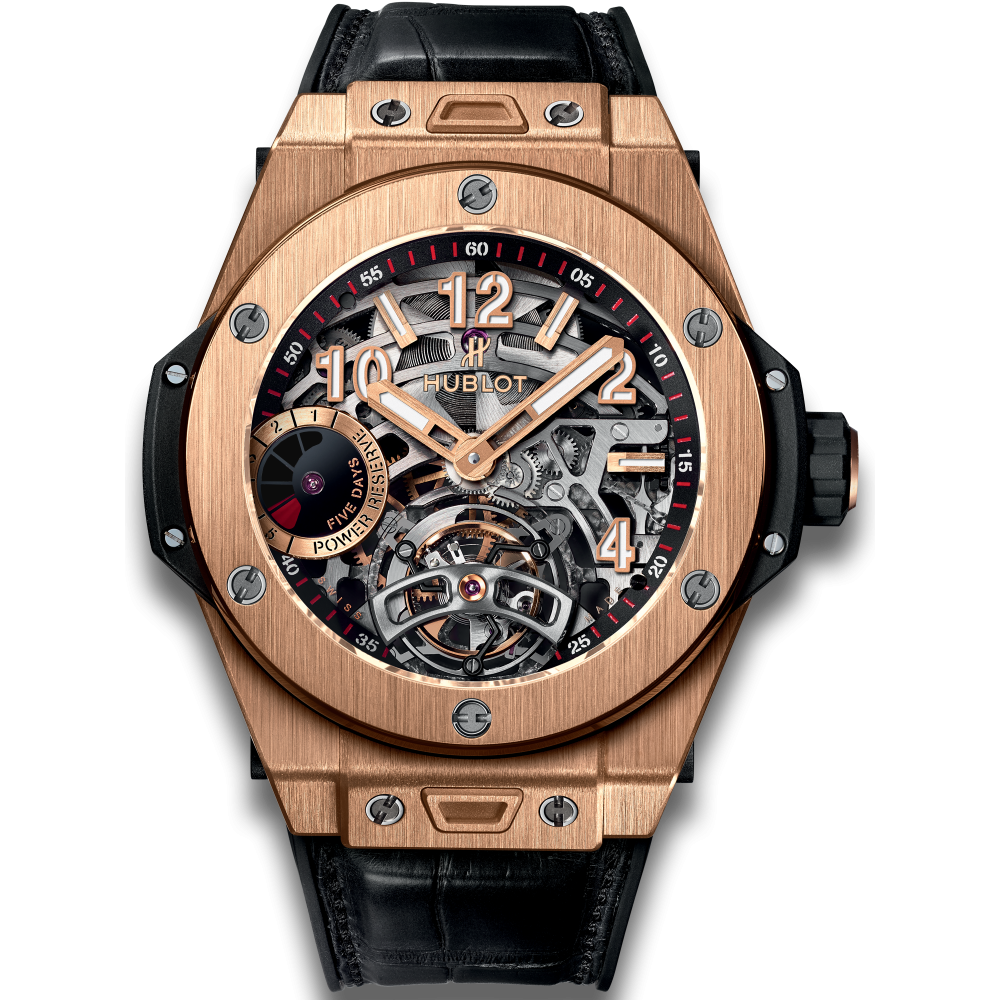 Louis Moinet Meteoris in the series in which 4 tourbillion timepieces incorporated. It beautifully crafted a genuine piece of the moon on earth. In every watch of the series use the parts of Meteorites. Therefore, it is one most expensive watch, pricing at $4.6 million. 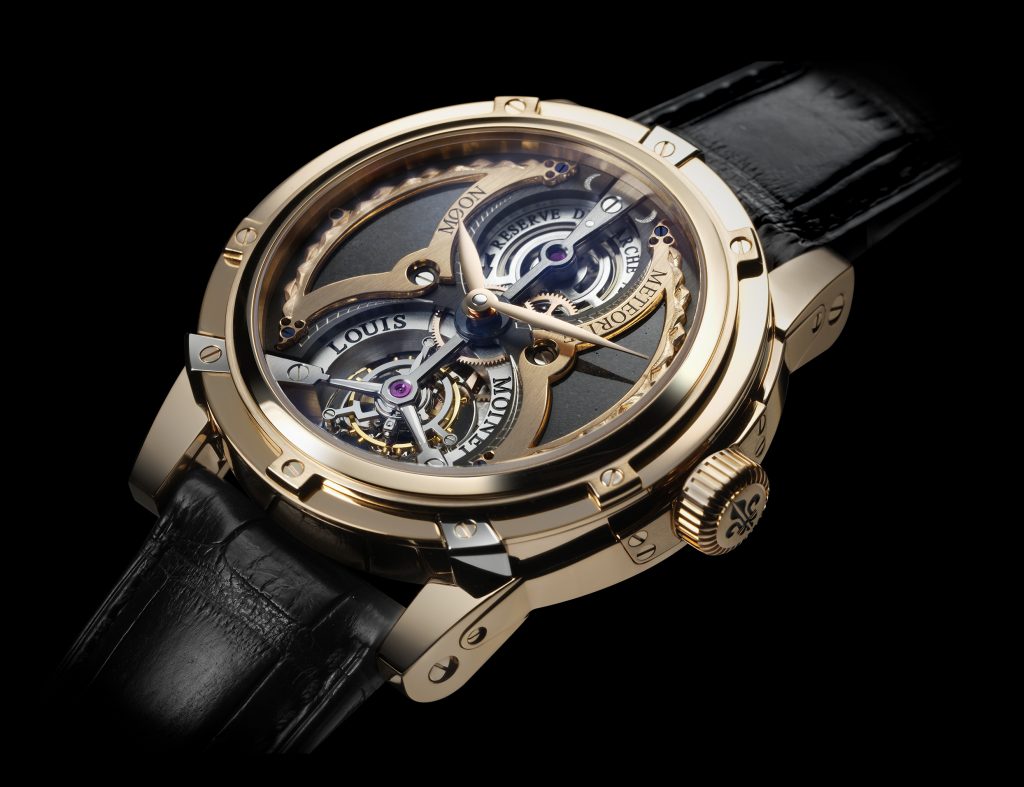 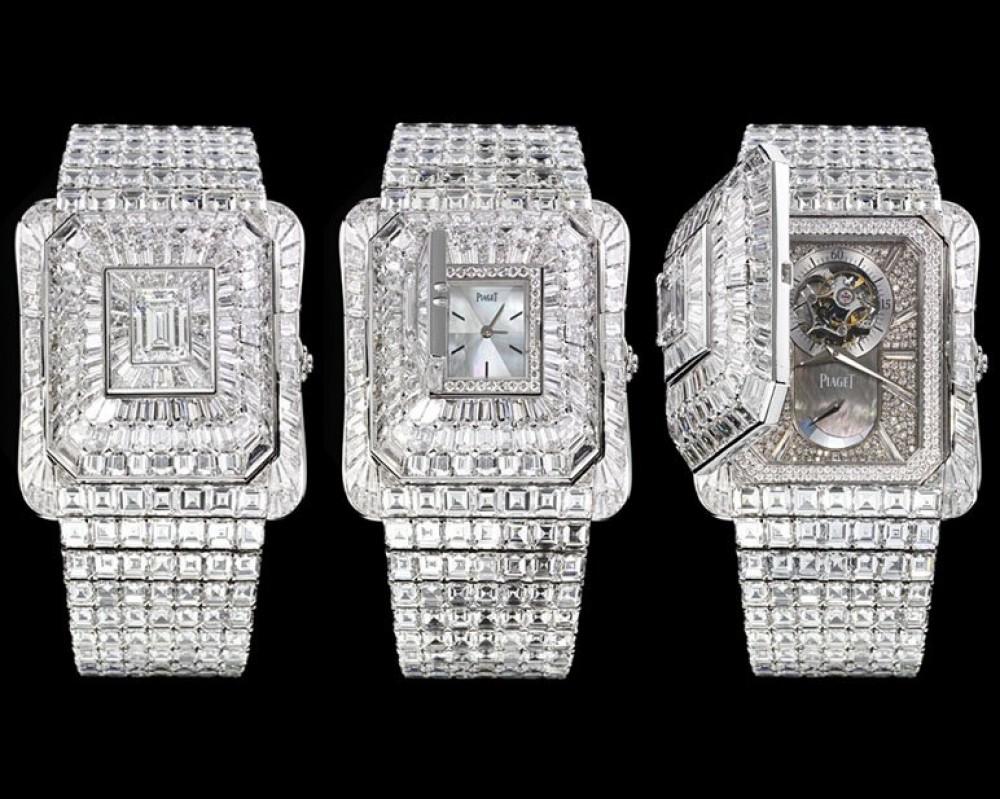 The Sky Moon Tourbillion is 16.25 mm in height and 42.8 mm in diameter while a blue enamel is covering the gold dial. It has 2 dials, one at the front and one at the back. The front of the clock has a dial, a continuous calendar, and a star chart. And on the other dial, there’s a gold-and-blue celestial chart. 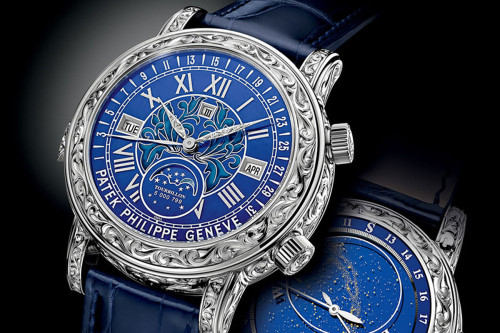 In conclusion, these are the most luxurious and sophisticated watches in this recent year. They were made with tender intricate details by the supreme and most passionate watchmakers. Producers use posh stones, gems, and diamonds to decorate the watches that match the status of those who can afford them. But these luxurious watches are not just jeweling studded time tellers; they are extraordinary and have complex mechanisms. Definitely, seems like something for a unique and special man.