Ferrari had been doing well through the 1950s with the 250 series of road and racing cars. The company's most successful early line, the 250 series included many variants and are characterized by their use of the Lampredi or Colombo designed 3 liter V12 engine.

When the Ferrari 250 GT 2+2 was introduced it was the only Ferrari designed to carry more than two passengers (there were some early Ferrari 212s built by Ghia in the 1950s that could carry more than two passengers but these models are extremely rare). This filled a long standing gap in the Ferrari production and the 2+2 proved an extremely populair model, being capable of both high-performance driving and luxurious touring.

The addition of the two extra seats was achieved without lengthening the standard two-passenger 250 GT wheelbase which remained at 96.5 inches. However, the body was lengthened by 12 inches, the steering gear and driver moved forward 12 inches and the fuel tank relocated.

The classic V12 engine layout was used with a single overhead camshaft per bank of cylinders acting through roller rockers to operate the overhead valves. Engine displacement was 2953cc and with a compression ratio of 8:8:1 the engine gave 240 bhp at 7000 rpm.

The new model was sprung upon an unsuspecting public at the 1960 Le Mans 24-Hours race where that was possible the third top-secret prototype was used as the course car. Immediately after the race this vehicle was taken to Paris where a press reception was organized to launch the model in detail.

Production run of the 250 GTE has been divided into three different series. Series 1 cars had fog lights in the grille, series 2 cars had a different interior center console and series 3 cars can by identified by their fog light being positioned into the bodywork. Furthermore, minor suspensions engine and interior changes were made at the same time.

This example is a nice and elegant Ferrari 250 GTE Series 3 from 1963. The car was sold new through official Ferrari dealer M. G. Crepaldi Automobili in Milano, in June 1963. After some time it was exported to the USA and came back to Holland in the late eighties in a complete and matching nr. form. It had been repainted resale red and was a smoking drivable car.

The first Dutch owner was an industrialist who bought the car and brought it to one of Holland's foremost Ferrari 250 specialists A. Mandemakers. He worked on all mechanics to make it a great driver. He rebuilt the engine and gearbox and differential and paid attention to suspension and brakes. He spend more on the car than the actual worth of the car back then!

After a few years he sold the car to its 2nd Dutch owner. He had the car repainted in its original silver by a well known shop and fitted the sunroof as he liked. The old roof part is available. We then sold a few cars of his collection among others the GTE which then went to a very big Ferrari enthusiast and collector on whose behalf we sell it again.

The bodywork is in very nice condition as well as the black leather interior. Fresh carpets were fitted very recently. The paintwork is finished in its **original silver**. It comes with the impressive wide Borrani wheels.

If you are looking to enjoy a classic Ferrari with more than one passenger, there is nothing better.

This car has arrived in our showroom and is available for viewing. Please call us in advance. 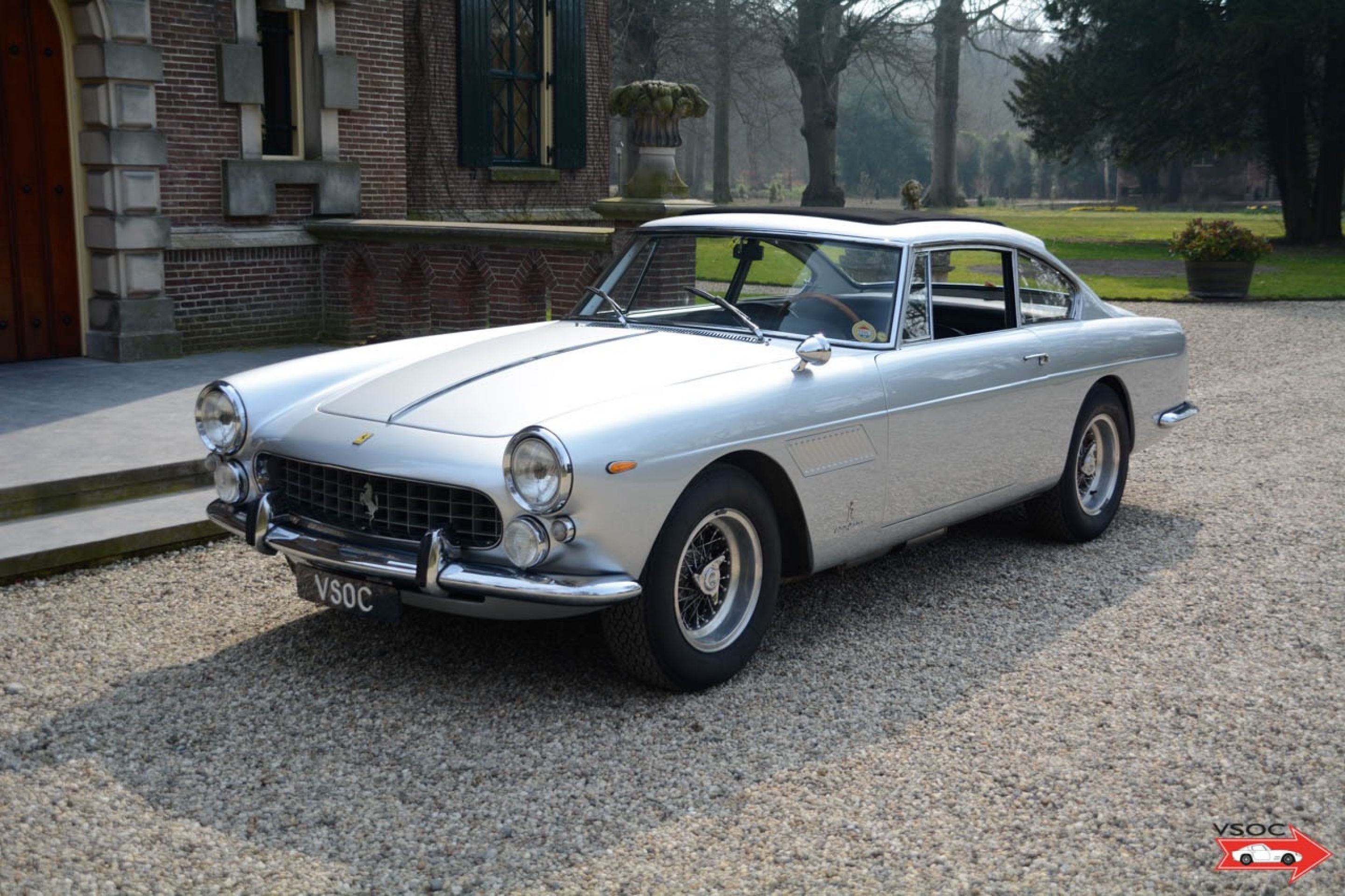 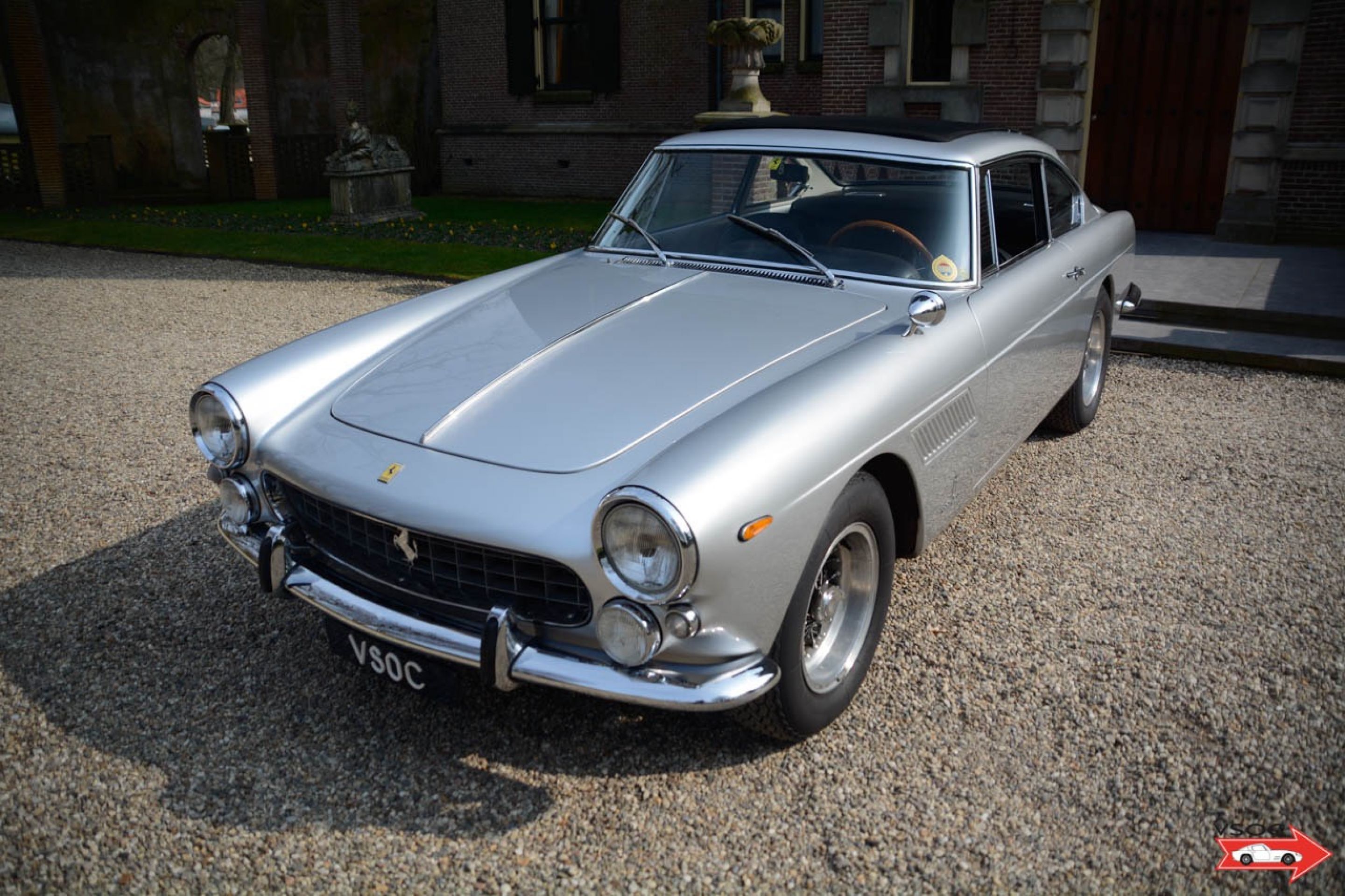 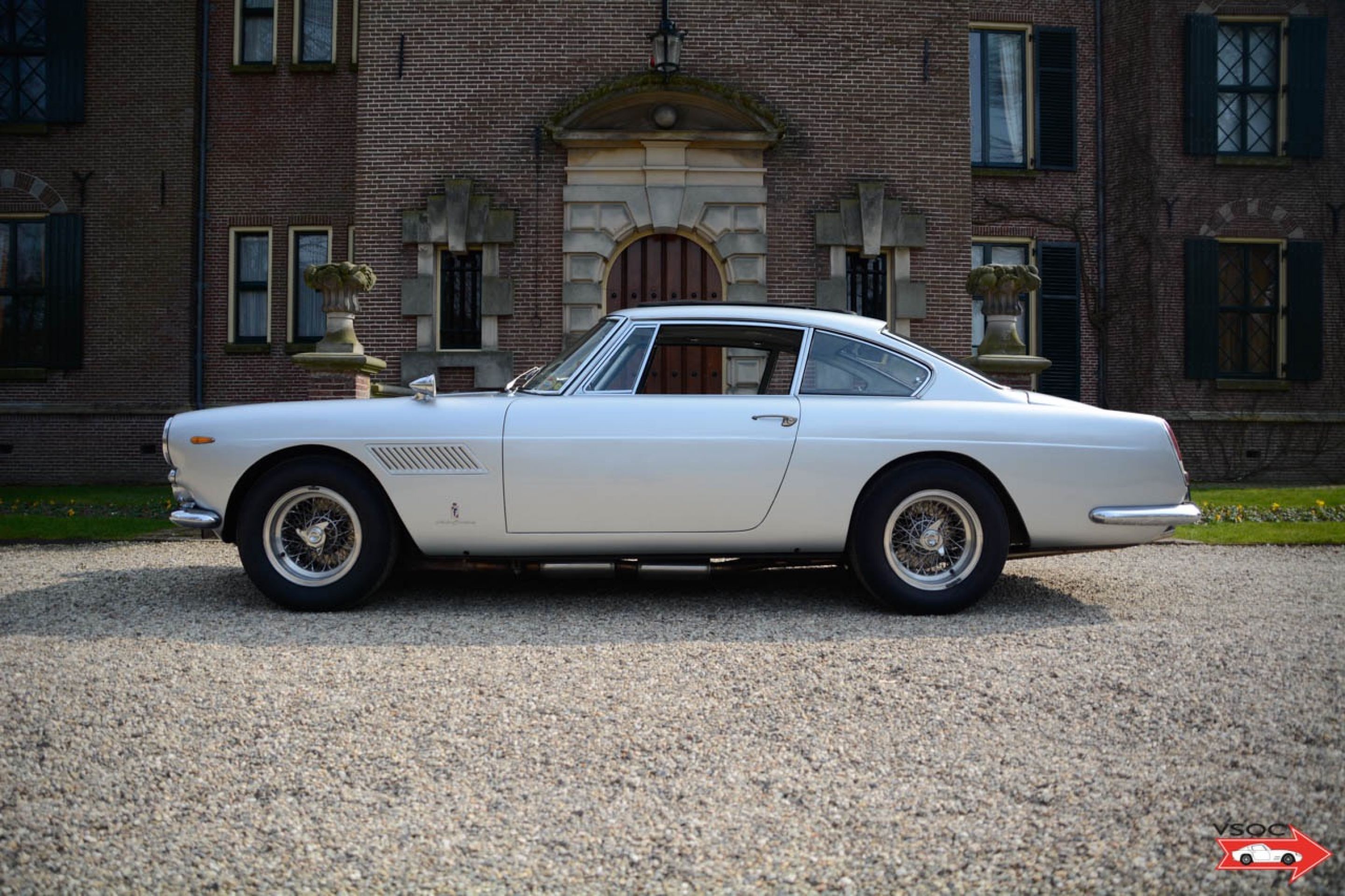 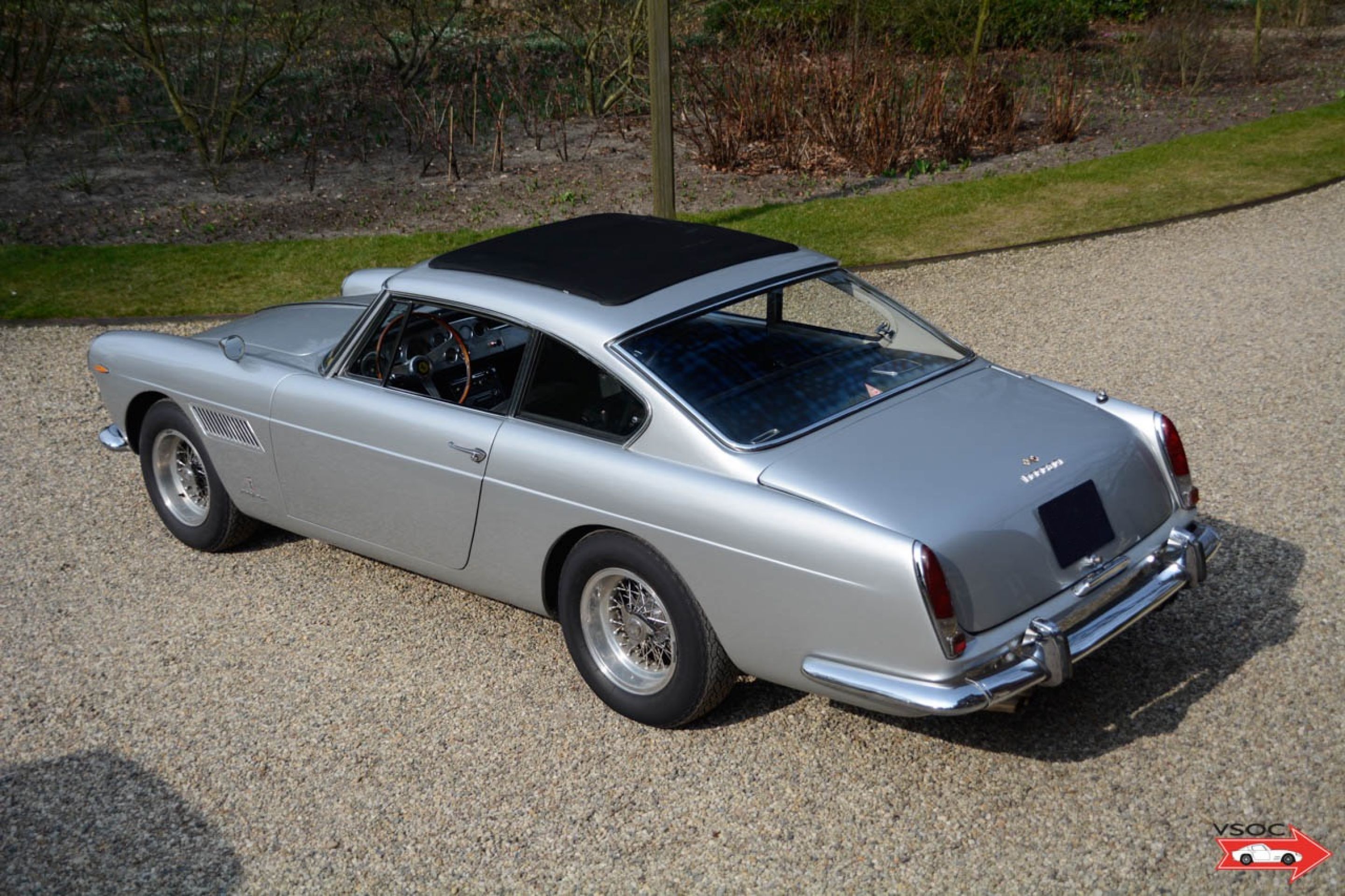 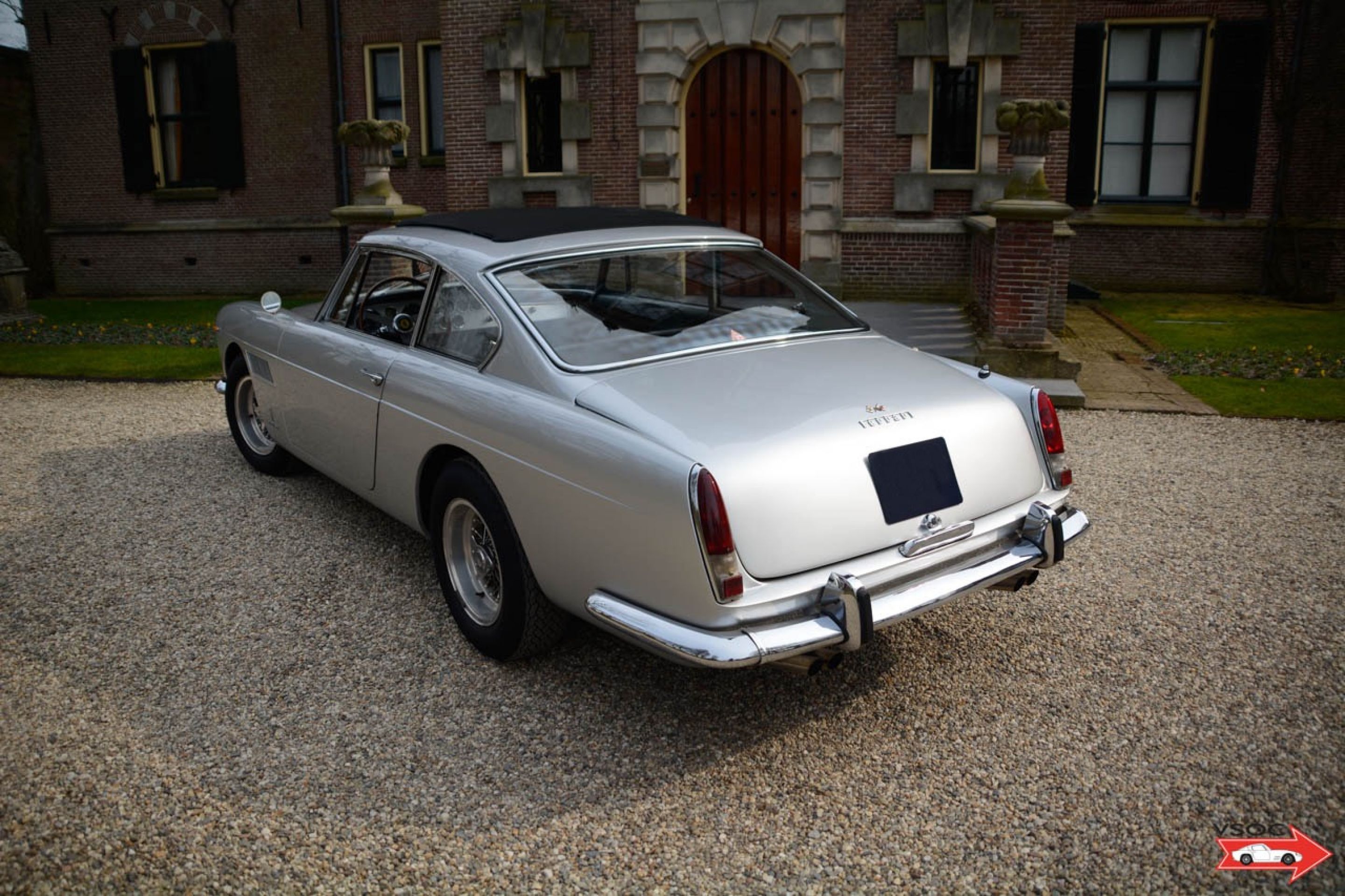 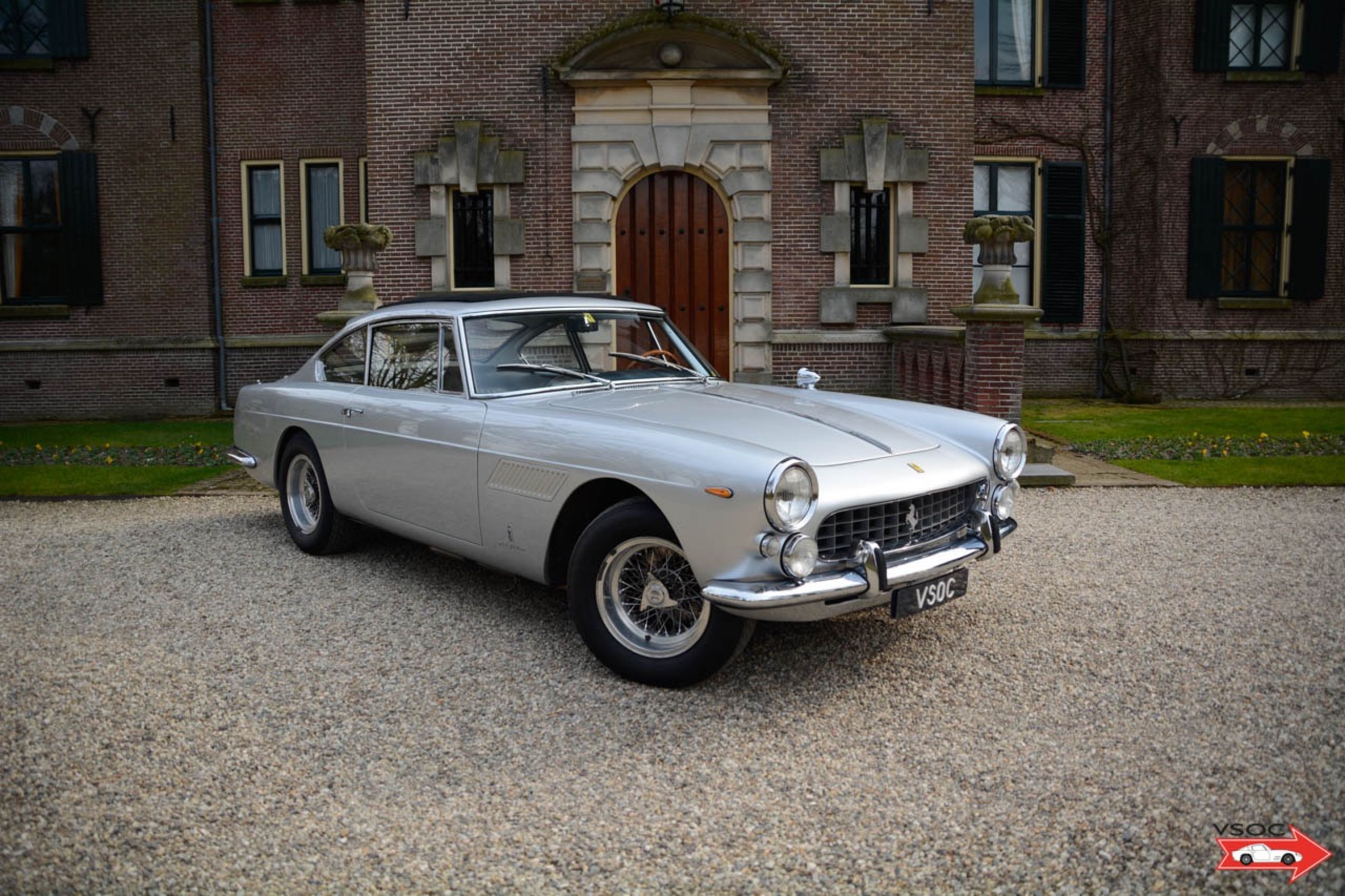 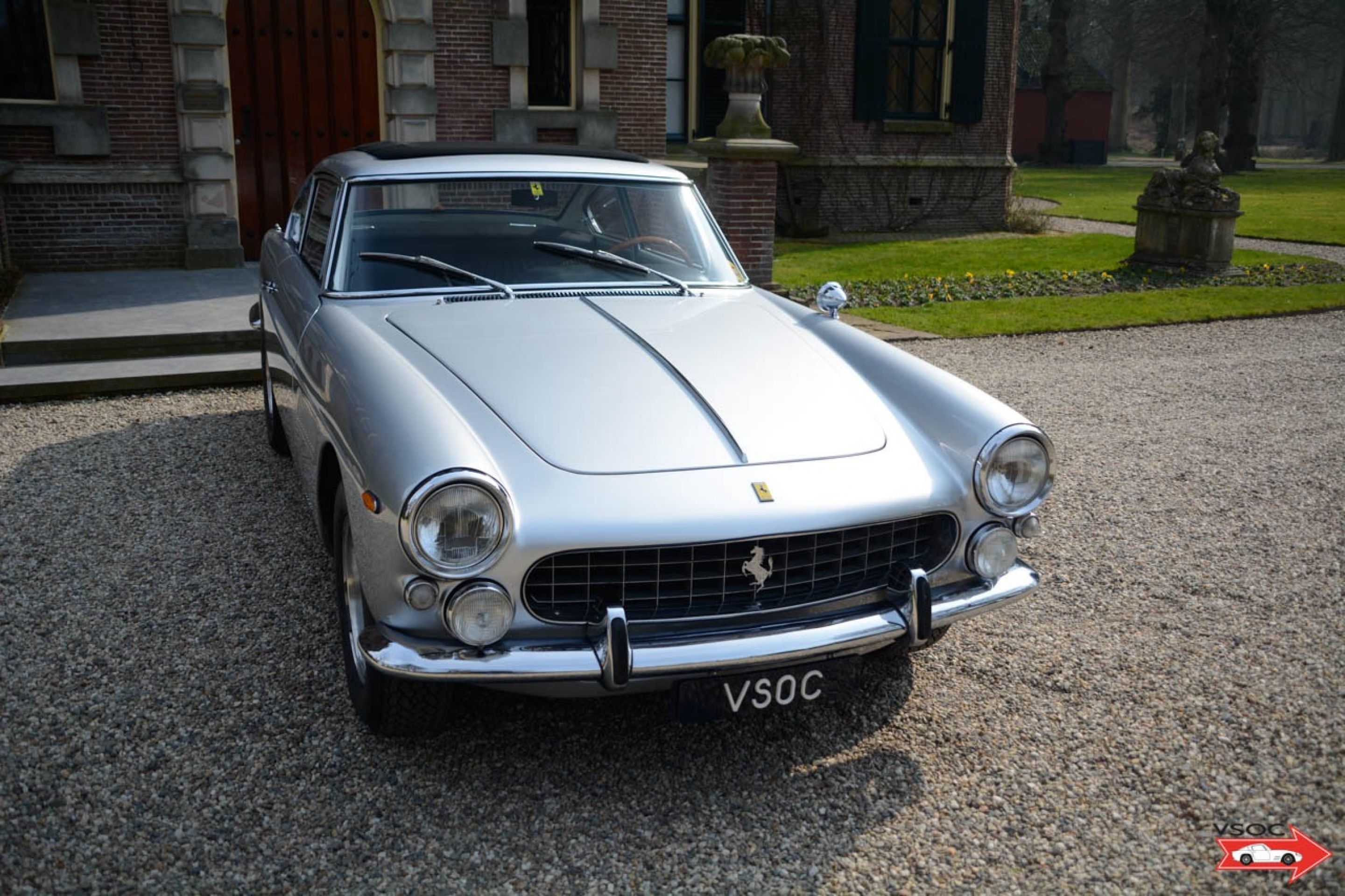 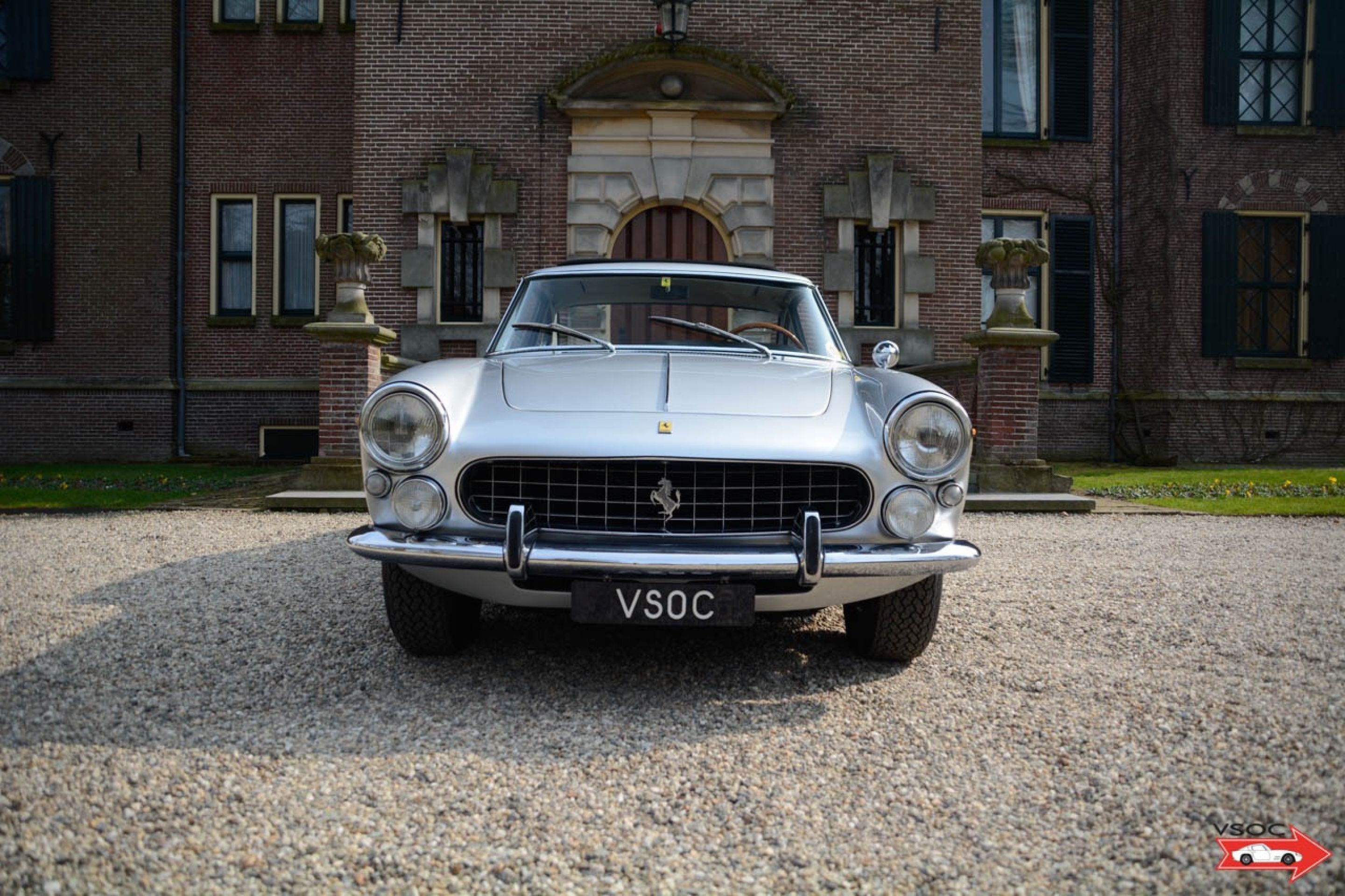 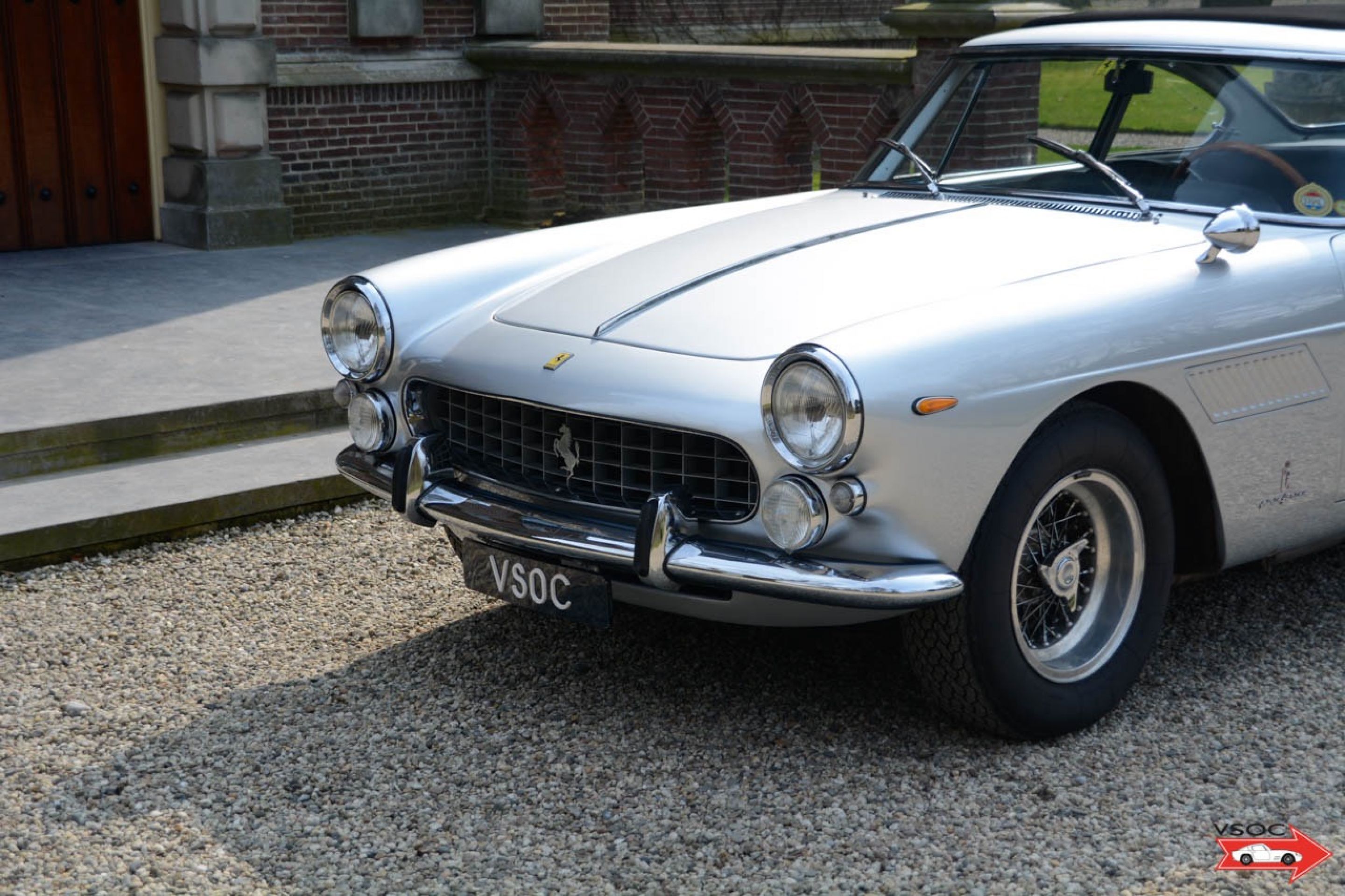 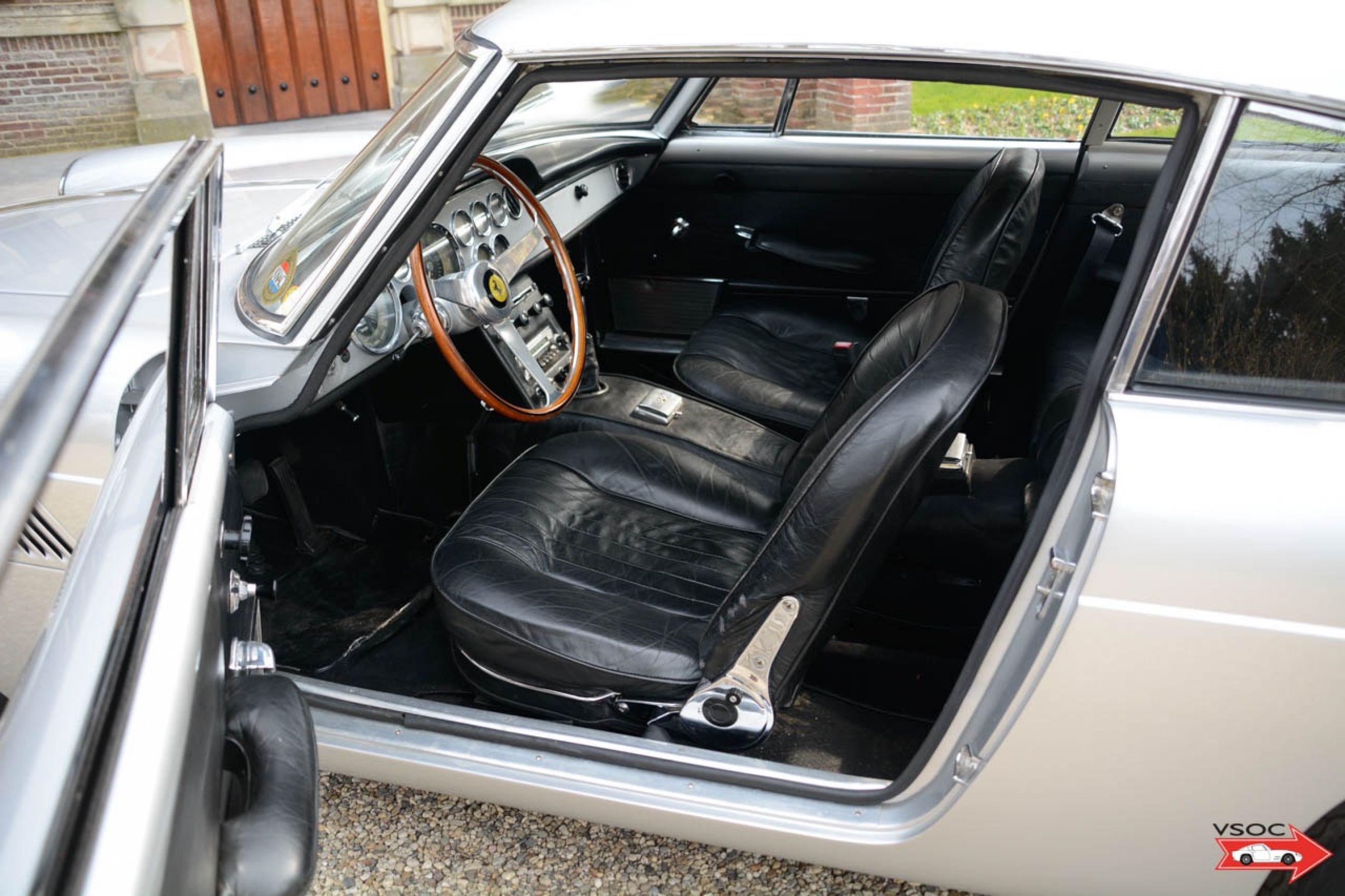 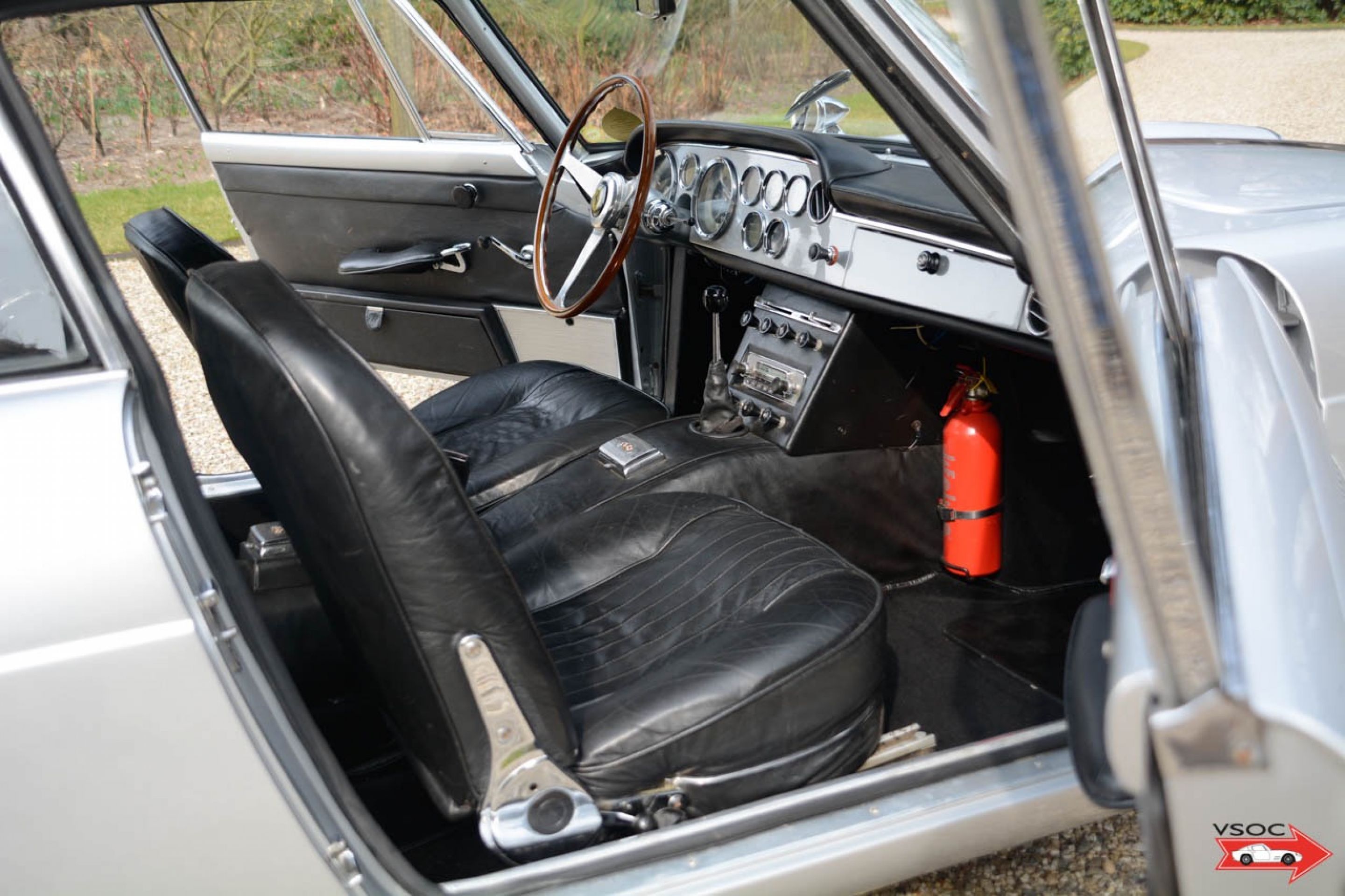 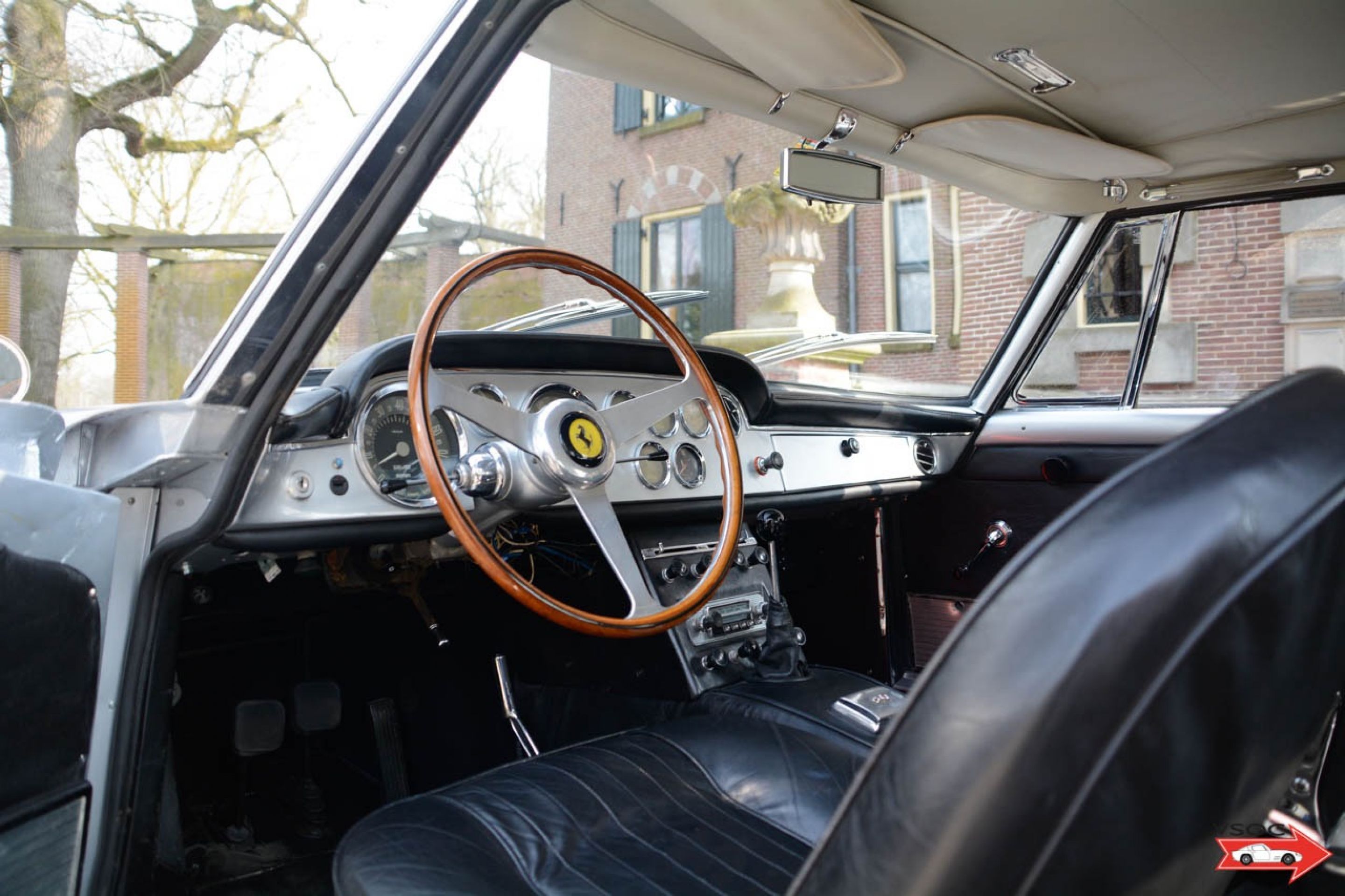 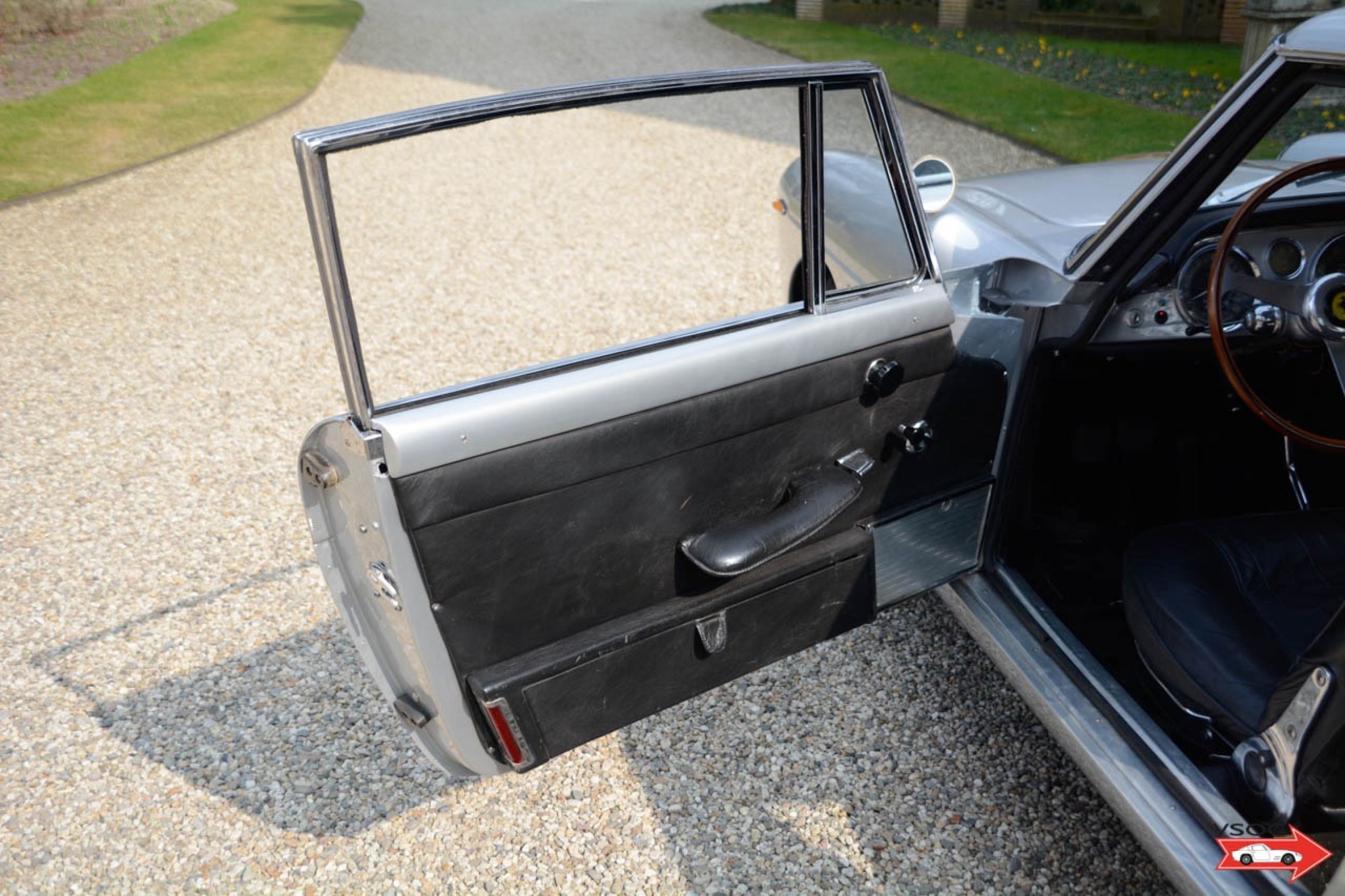 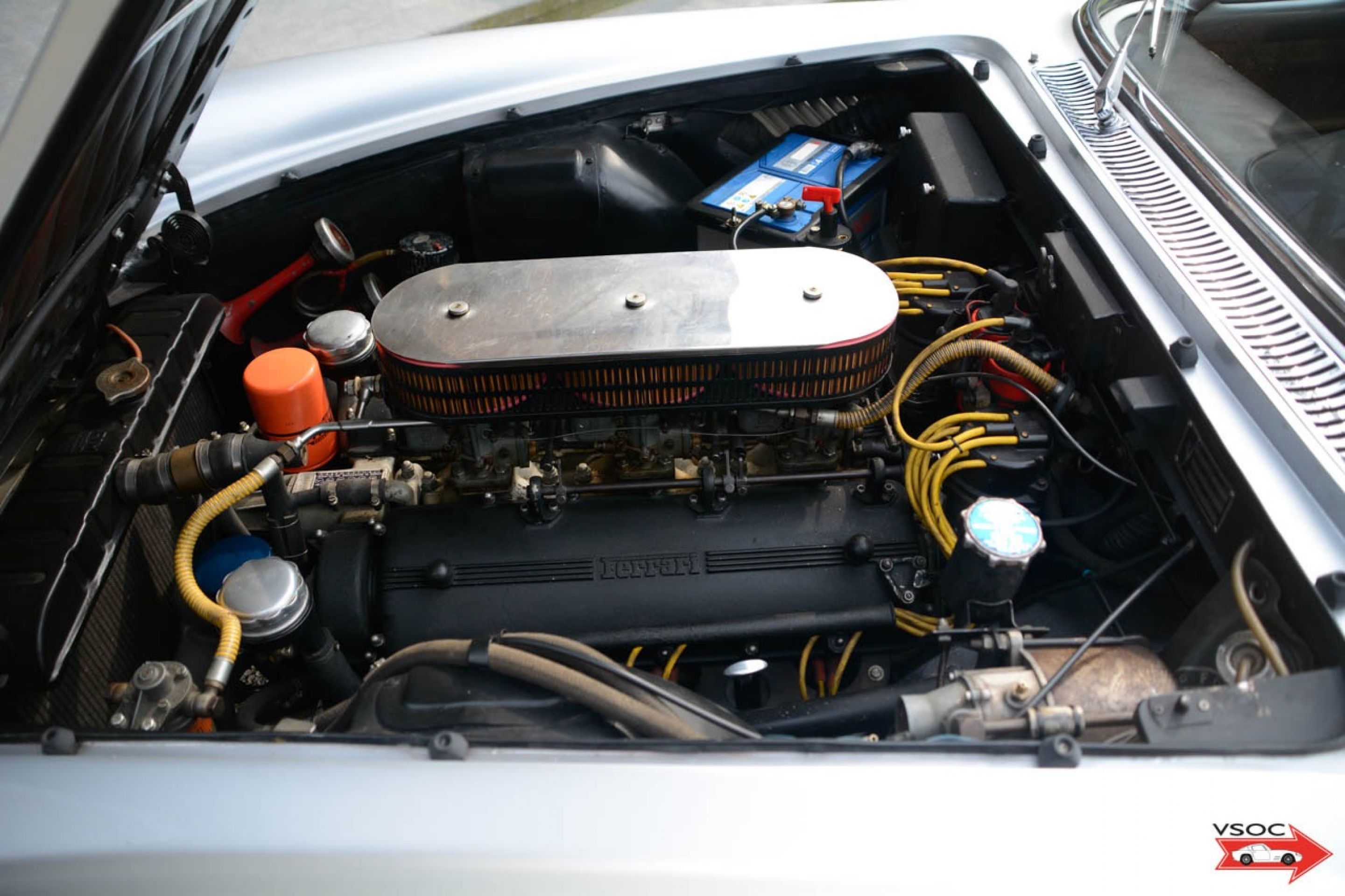 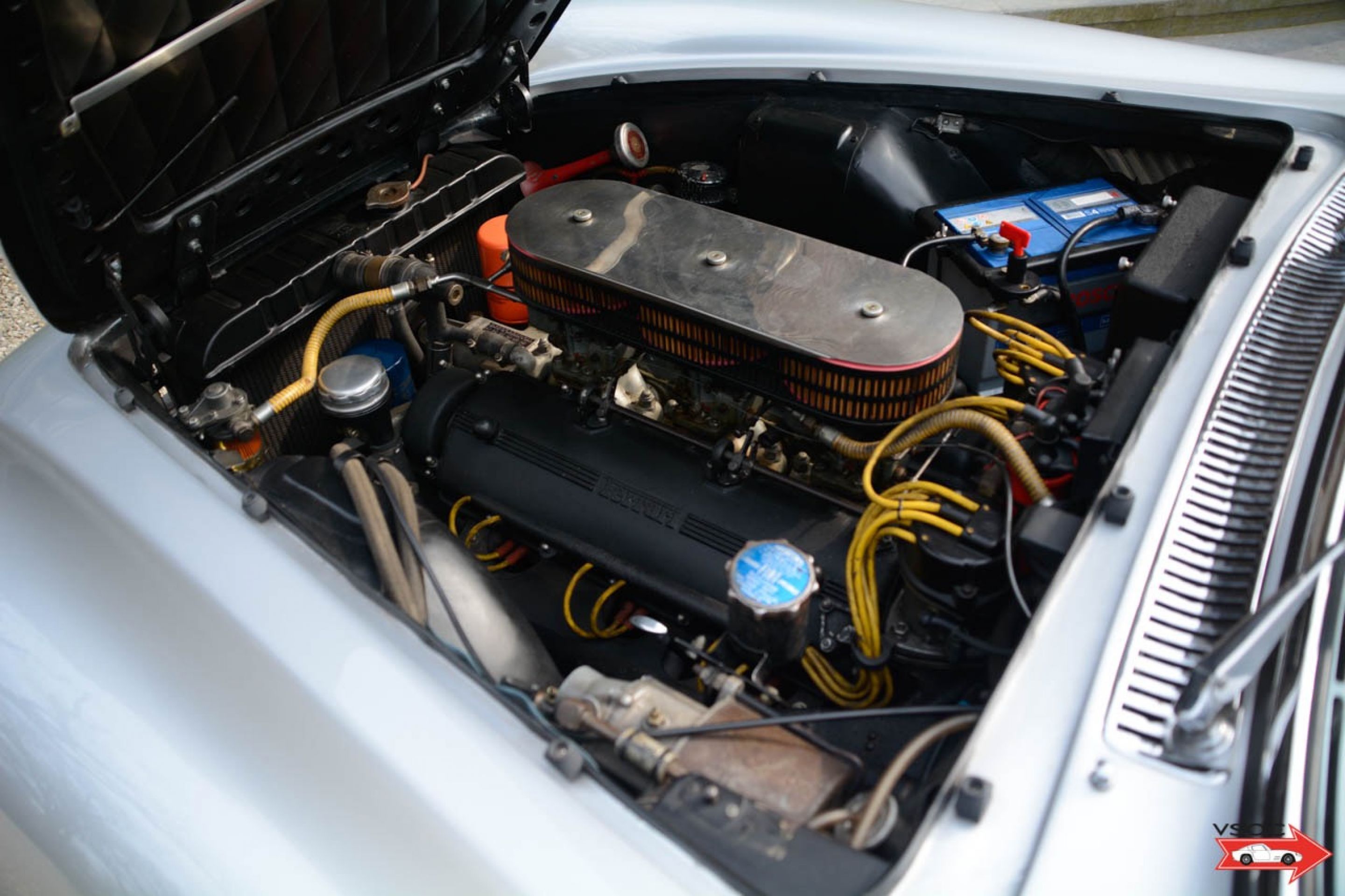 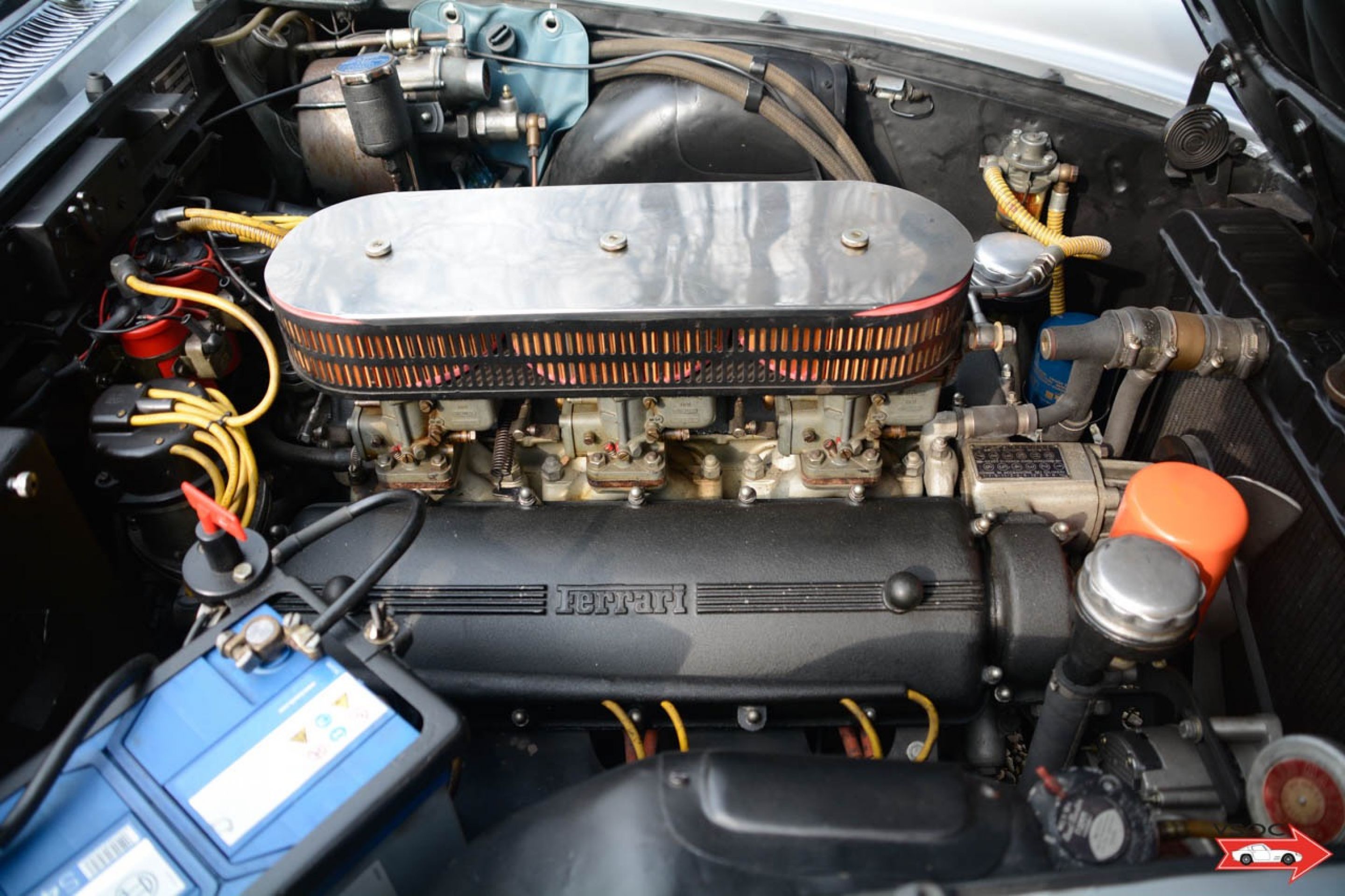 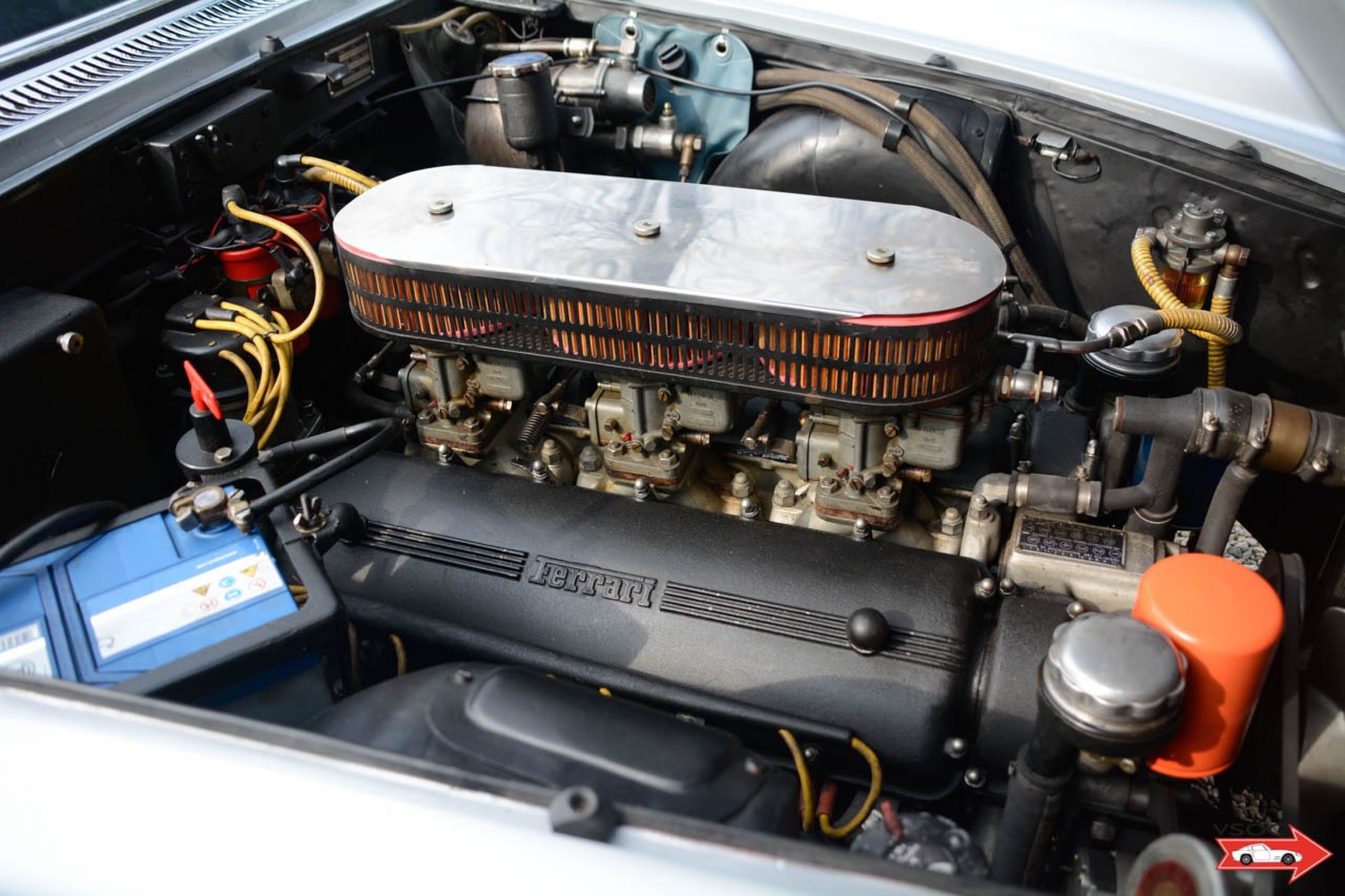