Confident, charming and charismatic, Richard Mille watches striking timepieces are a reflection of their craftsman. Unconventional in approach and aesthetic, it is his combined passion for race cars and wrist watches that has seen him revolutionise a dated industry.

New Kid on the Block

The launch of Richard Mille watches in 2001, introduced a sort-of Hercules to the watch scene.  The French native’s macho vision injected a bit of testosterone, great stature and an undeniable showmanship into a world of mostly traditional jewelry watches. Think: dainty straps and delicate features. 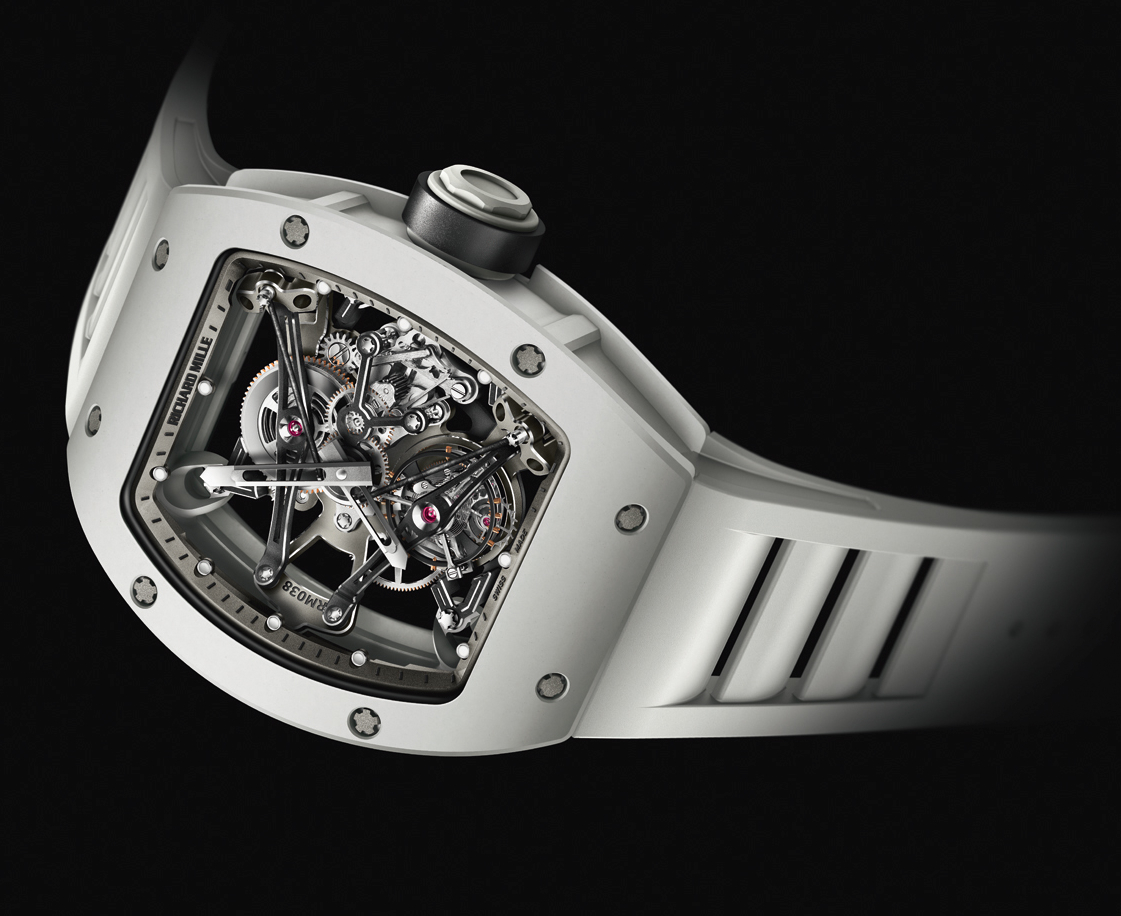 Not one to be weighed down by the superfluous, the creations of Richard Mille watches dare to defy gravity. Championing both lightness and strength, the two opposing forces make an RM timepiece, robust but oh-so sophisticated. No one knows this better than his fans.

Time on the Court

Sporting Richard Mille watches since his 2010 US Open victory, tennis star Rafael Nadal has formed an unbreakable bond with the watchmaker. The fourteen-time Grand Slam winner’s most recent addition: the RM 27-02, specifically crafted for Nadal’s time on the court, was designed to withstand 5,000 Gs of G-force.

An unofficial watch tester, Nadal completed his career Grand Slam at the 2010 US Open with a Richard Mille ‘tourbillion’ watch wrapped around his wrist. Quite fittingly, ‘tourbillion’ is the French word for ‘whirlwind’. 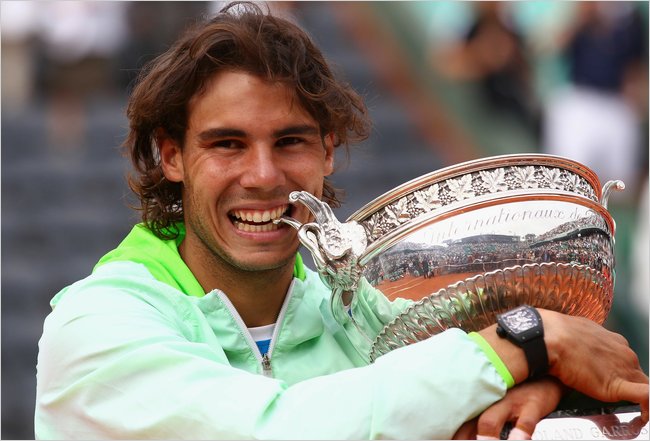 In the Fast Lane

So what do tennis champ Nadal and Formula 1 star Felipe Massa have in common? Their Richard Mille watches – of course. Always keen to take Mille’s latest creation out for a test drive, the extreme sports star wears a Richard Mille during every race.

The racecar driver’s custom RM 006 resists shocks of up to 500G, and at just 42 grams it weighs a little more than a credit card. In 2009, the Brazilian was dealt some serious head injuries during a race that saw him qualify for the Hungary Grand Prix. The watch came out unharmed.

A Gearhead at Heart

Savvy businessman Mille, likes anything mechanical. “I’m crazy about cars, about boats and about airplanes,” says Mille. But while the brand’s namesake may champion a fast paced lifestyle, its traditional haute horlogerie production process is anything but.

In their slow and painstaking practice, a team of talented engineers assemble each piece by hand. With the upmost diligence, a wristwatch can take a minimum of three months to complete. The engraving of the Richard Mille signature, alone, takes 45 minutes to perfect. 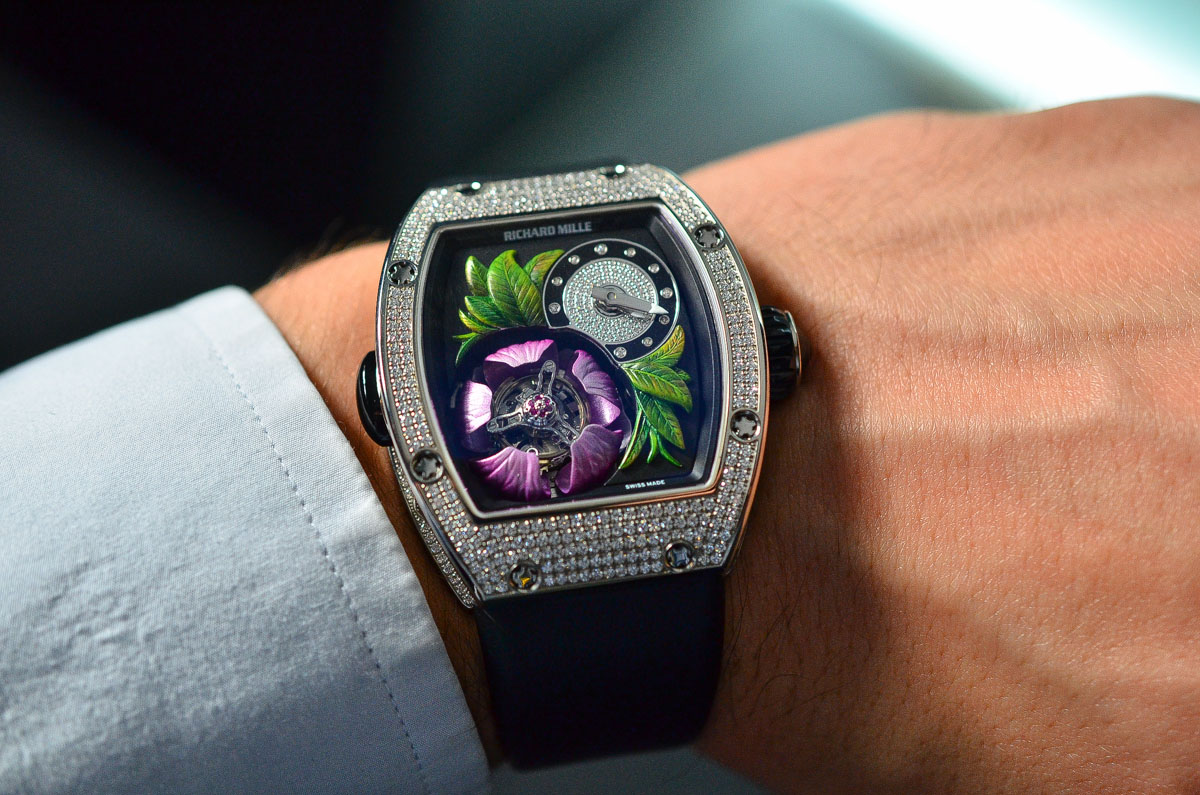 The F1 for the Wrist

When it comes to the light but mighty product, it’s all about what lies within. Employing advanced technical prowess, every part of the Richard Mille watches has in-depth research behind it.

Always One Step Ahead

The Richard Mille watches brand sits on the edge of time. While he may not be reinventing the (fly)wheel, he is redefining it. With unbridled enthusiasm and a firm grip on the reigns, Mille revels in the chase of the ‘wow factor’ – but never in lieu of substance. A Richard Mille is the ultimate conversation starter.