Singapore Luxury Real Estate – Back to a Buyer’s Market

Singapore Luxury Real Estate – Back to a Buyer’s Market

Singapore’s luxury real estate market has been experiencing some serious highs and lows this year. First, Japanese property developer Katsumi Tada made a record-setting loss of over US$11 million when he sold his St Regis penthouse for just under US$9 million back in March.

However, in June, Chinese billionaire Sun Tongyu, co-founder of Alibaba, spent more than US$37 million on acquiring the only penthouse unit at the luxury development Le Nouvel Ardmore. This cost approximately US$4,000 per sq ft in terms of useable area.

After eight straight quarters of price declines in Singapore’s luxury real estate, this sale may signal the point of market recovery.

Since 2010, the Singapore government has been introducing cooling measure to bring sharp price increases under control. Most significant have been the Additional Buyer’s Stamp Duty (ABSD) and Total Debt Servicing Ratio (TDSR), both instituted in 2013.

The ABSD has imposed an extra fee of 7 percent for Singaporeans and 10 percent for permanent residents buying their second property, while foreigners must pay an extra 15 percent for purchasing any property. Although for the ultra-wealthy, this additional stamp duty may not amount to all that much, it has still deterred them from buying on the market.

Alexander Karolik Shlaen, an economist and CEO of Panache Management, is quoted by CNBC saying “rich buyers, indeed, can afford to pay ABSD, but they don’t want to pay 15 percent above local buyers. That is a figure too high to over-pay for the same property.” As a result, local buyers have also stepped back as they are concerned about foreign investors’ loss of interest in the luxury real estate market.

At the same time, Singaporean buyers have been limited by the TDSR, which stipulates that the total of their mortgage and other personal debt repayments does not exceed 60 percent of their gross income.

These measures have successfully dampened interest in the market characterised by a surplus supply. As such, prices have plummeted.

Alongside this lack of demand is the time-sensitive pressure on property developers to sell. A policy implemented by the Singaporean government to stop “property hoarding” by foreigners places an “extension charge” on any units that remain unsold two years after the development’s completion. This fee is set at 8 percent of the proportional land cost for the first year, 16 percent for the second and 24 percent for the third.

Only companies that are exclusively Singaporean-owned can avoid these charges. As such, further price cuts may be made as developers seek to offload unsold units. Alternatively they may choose to delist and thereby remove any non-Singaporean shareholders and/or board members. 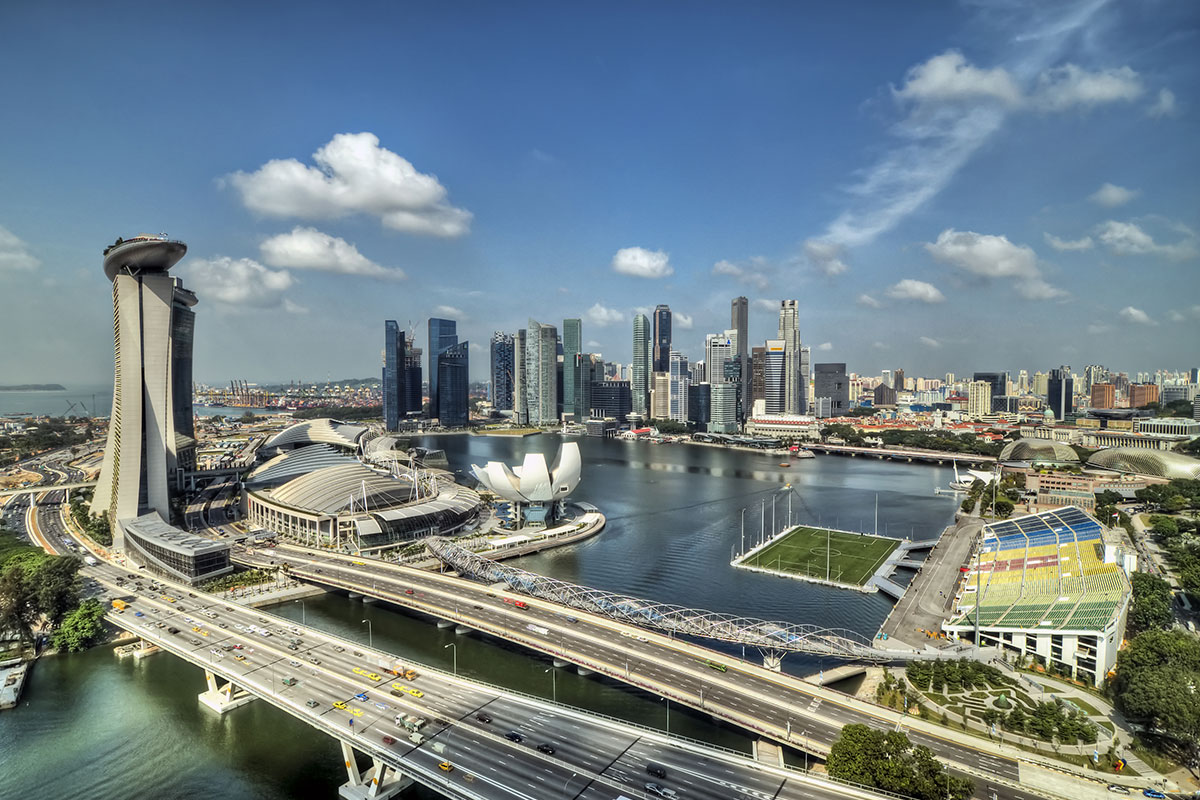 A Market for Bargain Hunters

Either way, it appears that the luxury property market has cooled down sufficiently for those buyers who have been waiting on the sidelines for a bargain to start gradually coming back. This is particularly true of mainland Chinese, who have a renewed interest in the market with prices being significantly cheaper than Hong Kong.

Additionally, interest in the market by both foreigners and Singaporeans may further increase following the recent elections. It has been suggested that the incumbent PAP party’s victory may spur the government to loosen some measures at the margin to further curry favour with the electorate. Such a move would reduce transaction costs in an already appealing market and thereby boost sales. Indeed the Singaporean luxury real estate market is back to a buyer’s market.